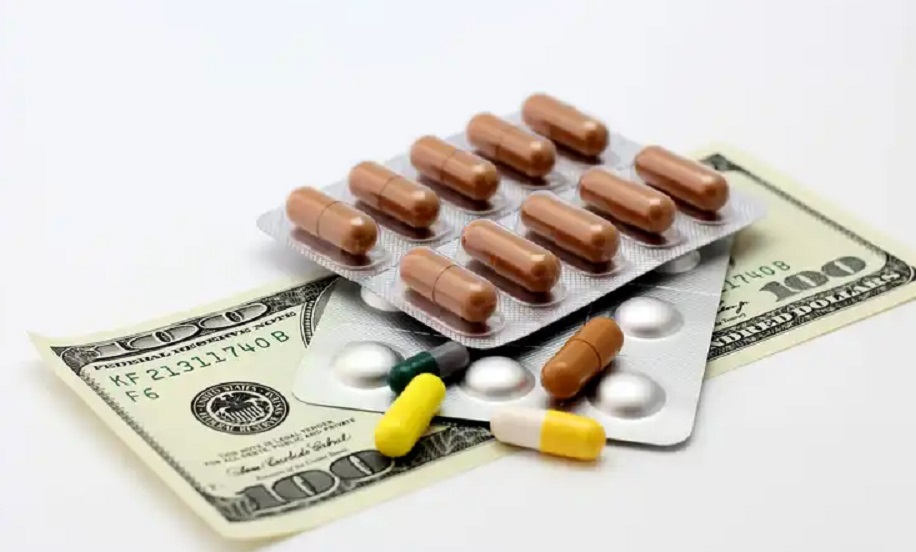 Surge Summary: It is reported that a number of American lawmakers own stock in pharmaceutical companies which are producing the COVID vaccines. This includes a number of Republican congresspersons, some of whom oppose vaccine mandates.

“Seems a little hypocritical that the Legislative Branch, the Judicial Branch, the White House staff, CDC employees, FDA employees, Pfizer employees, Moderna employees and illegal aliens have no UNLAWFUL mandates but they want the people to ignore the fact by blindly following their misleadings” (Proverbs 14:12).

For those who are caught up in the unconstitutional two-party system, you may want to take the time to understand that this system was set up to divide the American people (Mark 3:25).

With that aside, do also remember that we are sold, through the mainstream media’s useful idiots, that the Republicans are the “good guys” while the Democrats are the “bad guys.”  Nothing could be further from the truth. There would not be a left if the right were doing their job in enforcing the laws against their crimes (Matthew 5:13; Mark 8:15).

What is of interest here is that when it comes to the “plandemic” that has been used to war against our God-given rights over the last 2 years, one has to wonder why nothing has been stopped.

A recent report published by Business Insider reveals that many Republican lawmakers who state they oppose vaccine “mandates” actually own stock in the pharmaceutical companies producing the vaccines, and are profiting from them.

Dozens of Republican and Democratic lawmakers on Capitol Hill have invested in companies that have a direct stake in the nation’s response to the COVID-19 pandemic, according to an Insider analysis of federal financial records.

In 2020, at least 13 senators and 35 US representatives held shares of Johnson & Johnson, the medical behemoth that produced the single-shot COVID-19 vaccine that more than 15 million Americans have received.

At least 11 senators and 34 representatives also held shares in 2020 of another COVID-19 vaccine manufacturer, Pfizer. Two representatives or their spouses held shares of Moderna during the same year that the world went on lockdown in response to the pandemic.

Lawmakers held these investments in COVID-19-minded companies as Congress was at the center of pandemic relief efforts. In 2020 and 2021, members of Congress voted on six relief bills together worth nearly $6 trillion. Congress also authorized more than $10 billion to help drug companies develop and distribute vaccines and forced health insurers to cover the cost of getting the shot.

Policymakers especially viewed the coronavirus vaccines developed by Pfizer, Johnson & Johnson, and Moderna — which each spent substantial amounts of money lobbying the federal government in 2020 — as critical to helping countries around the planet overcome the grip of the pandemic.

The tally of investments is part of the exhaustive Conflicted Congress project, in which Insider reviewed nearly 9,000 financial-disclosure reports for every sitting lawmaker and their top-ranking staffers.

Vivien Scott, the wife of Rep. Austin Scott, a Republican of Georgia, traded up to $50,000 worth of Johnson & Johnson stock on two occasions this year. Austin Scott has bashed President Joe Biden’s workplace vaccine mandates but stressed that he supports vaccines, particularly given that he had COVID-19 in 2020 and spent several days in the hospital on oxygen.

“Congressman Scott and his wife own stocks like millions of American families do, and they follow all laws on trading,” Scott’s spokeswoman, Rachel Ledbetter, told Insider.

Republican Rep. Mo Brooks of Alabama sold up to $50,000 worth of Pfizer stock in August 2021 and then was nearly a month late filing his disclosure. Brooks, an unabashedly pro-Trump lawmaker who is running for a US Senate seat, previously accused the pharmaceutical giant of playing politics with the timing of its announcement about vaccine-efficacy data.

Martha Brooks, the congressman’s wife, told Insider that she handled all the family’s stock investments and used an investment broker to conduct these transactions. She acknowledged that she disclosed the stock transaction late.

Rep. Marjorie Taylor Greene, a Republican from Georgia who has decried “vaccine Nazis” and boasted about not getting vaccinated against COVID-19, reported owning stock in COVID-19 vaccine makers during 2020, including Pfizer, Johnson & Johnson, and AstraZeneca, according to a financial disclosure she submitted in August.

The post More Insult To Injuries: Politicians Have Stock In The Vax Companies appeared first on DailySurge.