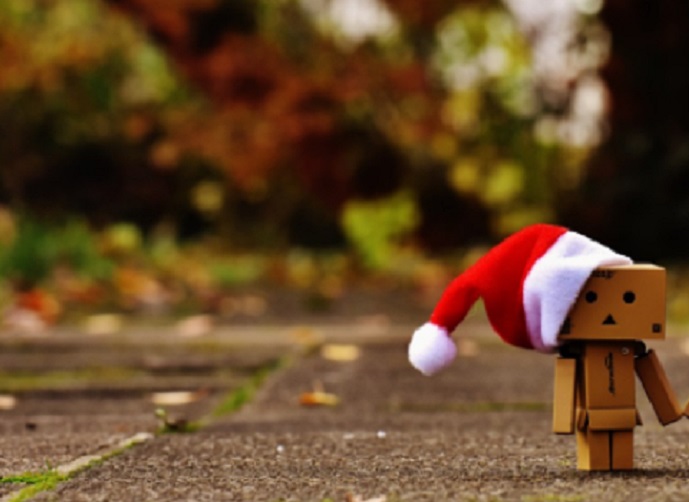 Surge Summary: Some quirky realities of the post-Christmas season prompt thoughts on matters not so big … and matters heavenly.

I love the Christmas season. Now that the “Day” has passed, some thoughts have occurred to me; some concerning rather profound matters; some … not so much.

— This year, in the run up to Christmas Day, two or three light snowfalls visited the northern New England area where I live; nothing monumental, mind you; barely enough to cover the grass. Christmas Eve afternoon my brother texted, thrilled that where he lives — a few hours south of me — they’d gotten a dusting of the white stuff earlier that day. I learned a new term recently which conveniently describes both scenarios: “mood snow”. It’s a perfect phrase to express just enough frozen precipitation to set a Christmastime tone, minus the back-breaking hassle that invariably accompanies hefty winter storms. It’s relatively painless and so sorta welcome this time of year. The annual December celebration, recall — in certain parts of the United States at least — is supposed to occur against a frosty backdrop (see: Crosby, Bing; “White Christmas”).

“Mood snow” makes no shoveling or snow-blowing demands; it doesn’t grease up the roads in any noteworthy way. It does, briefly, add a lovely aesthetic touch to things …  and then goes away. That last bit is the key. Much as I love “the most wonderful time of the year”, after it expires I have no use for the white stuff and would be ecstatic if it wouldn’t make any more appearances.  If January through March conditions would co-operate with my preference? I’d be thrilled. But they rarely agree to do so.

That said, the reality of post-Christmas wintertime yields one useful benefit: as the snow piles up and, as a friend of mine likes to say, though “the days begin to lengthen, the cold begins to strengthen”, I am provided with opportunity to grow in obedience to God. His command is clear for every season: “Rejoice in the Lord always” (even during a frigid January night); and “Give thanks in all things” (even while scraping clear the driveway in February).

— I’ve heard the name Percy Faith and been vaguely familiar with his musical offerings for a good part of my life. Only recently, however, have I come to appreciate the exceptional body of his Christmas-themed work. It’s been nearly forty-five years since the Canadian-born, naturalized-American composer and conductor passed away, but his material still shines so many decades later. There’s a tasteful exuberance and buoyancy to his arrangements that stands out within the “easy-listening” Christmas music genre so popular in the 1960s and 70’s; and today.

Incongruously, Percy Faith hailed from a Jewish household. Point of fact, it’s curious how many enduring Christmas contributions came from non-Christian artists: Of course, “White Christmas” — which some claim sparked the American pop holiday music tradition — was penned by Jewish lyricist Irving Berlin and dominated the charts in 1942. “Working-class” Jew and jazz-singer Mel Torme famously wrote the timeless “The Christmas Song” (“Chestnuts Roasting on an Open Fire”) on a scorching Los Angeles day in July 1945. The parents of conductor and renowned record executive Mitch Miller were Jewish — and his half-a-century-ago contributions to the American Christmas oeuvre were ample and impactful.  Just about any holiday tune performed by Jewish chanteuse Barbara Streisand remains a staple of the season.

Oh, yeah. Jesus was Jewish too. His contribution to Christ-mas is indispensable.

Then there’s Percy Faith … whatever his spiritual inclinations, for me his compositions joyously capture the magisterial spirit of this Christ-honoring season.

— Speaking of Christmas melodies:  what’s up with the 24/7 Christmas Music radio stations shutting down their holiday operations at midnight on Christmas Day? In my region, there were four stations this year devoted exclusively to seasonal material for at least some time preceding December 25. Three of them bailed on the 26th; one continued only through the weekend. How about tossing in a holiday favorite every four or five songs up until New Year’s Day at least? That interval, after all, is labeled “Christmas Week”, right? I understand contemporary Scrooge’s sneer at this option, but lots of listeners would appreciate a bit more holiday cheer before putting January’s final kibosh on it.

My wife and I, for instance, were enjoying breakfast at a national restaurant chain several days after Christmas. The waitresses were all decked out in appropriately festive attire. Seasonal musical favorites were being delightfully piped in over the sound system. And why not? Whatever became of the “Twelve Days of Christmas”? I mean the actual thing, that string of a dozen days of celebration that supposedly follows December 25th? (as opposed to the puzzling, overly long song by the same title)? Anyway, that morning in that eatery was wonderful! Christmas joviality buzzed in the atmosphere — and the place was packed. Perhaps there’s a connection there? Apparently the establishment hadn’t gotten the memo from the bah-humbug set that 12:01 AM on the 26th spells the cue to bring down the curtain on all of it. Good for them.

— Christmas lights. My brother posed this puzzling interrogatory the other day: Why would somebody go to the not-inconsequential effort of festooning their home with Christmas lights, only to burn them right up to the big day and then impatiently cut them off soon — very soon — thereafter? Well before the end of the month? Doesn’t make a lot of sense, yet, it happens like clockwork every year during holiday time. The exterior of a domicile is ablaze with red, green, gold illumination until Christmas evening. By the 26th, 27th, 28th? Black as a tomb. Why the rush to go dark already?

How about those households that don’t even bother firing up their seasonal lighting until just before Christmas Day … and then douse them almost immediately afterwards. There are several residences in my neighborhood that didn’t activate theirs until a handful of days before Christmas and, even then, a couple of those bothered to turn them on only spottily. Two days following the 25th? Three? Four? No longer any sign of ’em. Is throwing the switch really all that difficult?

On to a more far-reaching observation: What might be called the “vanishing Christmas music” or “disappearing holiday lights” phenomena reminds me of the nature of not a few folks overall Christian experience. It makes an appearance temporarily. It’s sporadically visible, even dramatically so; but only evanescently.

A favorite Ben Franklin quotation springs to mind: “”How many observe Christ’s birth-day! How few, his precepts! O! ’tis easier to keep Holidays than Commandments.”

Indeed, the goal of Jesus’ debut on planet earth – the alleged “reason for the season” – was not to create an excuse for indulging special music and showy decorations. Nor to generate mere intense-but-intermittent demonstrations of faith in Him.

Jesus became a human being, died for mankind and rose from the dead to transform men and women — so we could cling to His ways; live them out as a permanent lifestyle. Rather like Christmas music always sounding, Christmas lights always shining … through everything we do all year long.