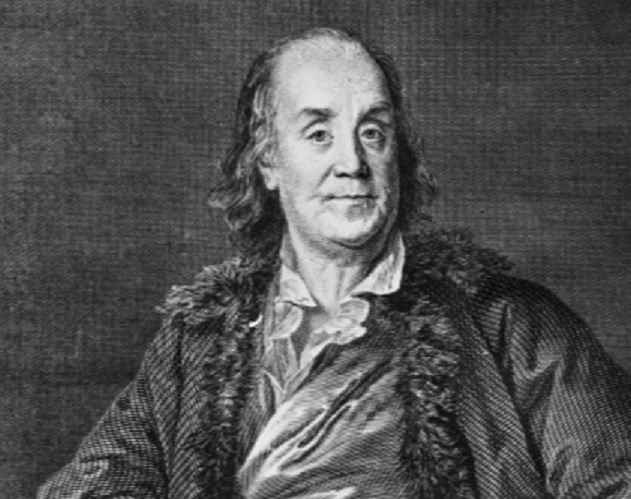 Surge Summary: Ben Franklin offered lots of pithy advice – much of it useful, especially as we begin a new year.

Many of us still write up New Years’ Resolutions. Lose those extra ten pounds, read the Bible more, remember people’s names better. A friend told me, “I used to have a problem with remembering names until I took the Dale Carmichael course.”

One American who has been a font of timeless and timely advice was founding father extraordinaire Ben Franklin. He said, “Be at war with your vices, at peace with your neighbors, and let every new year find you a better man.”

Franklin was a busy man, who served in both the Continental Congress that produced the Declaration of Independence and the Constitutional Convention that produced our nation’s governing document. He also founded one of the nation’s earliest anti-slavery societies.

Franklin wrote a classic book called, Poor Richard’s Almanack (1732), which is a series of pithy statements. Consider some of his thoughts in terms of trying to develop better habits for the New Year.

On laziness versus productivity, you can see the old New England Puritan influence here. He said,

Here’s a rather famous one: “Dost thou love life? Then do not squander time; for that’s the stuff life is made of.”

He also noted, “The honest man takes pains, and then enjoys pleasures; the knave takes pleasure, and then suffers pains,” and “One today is worth two tomorrows.”

Surely, applying some of these principles in our daily lives would lead to greater productivity. As Paul said in Ephesians, we should “redeem the time for the days are evil.”

Ben Franklin also had good advice against greed. He said:

There’s an underlying truth in these. You could have riches untold, but if you’re ungrateful, it’s worse than being impoverished.

Franklin went on to say:

Much of this reminds me of Jesus’ warning to “beware of covetousness,” one of the many Biblical prohibitions against greed and envy.

Ben Franklin was not an orthodox Christian. But nor was he an atheist. He played a pivotal role as a publisher to help spread the message of George Whitefield’s evangelistic crusade up and down the Atlantic coast. This was pivotal to the Great Awakening, which was pivotal to our independence.

Furthermore, Franklin remonstrated with Thomas Paine for writing his anti-Christian screed, Age of Reason. And, during the Constitutional Convention, when the delegates got bogged down and couldn’t agree on specifics, Franklin rose up and gave an important speech, suggesting that the new nation look to God for His help and to pray about this matter. It is reported that acting on his suggestion broke the impasse.

Franklin also had some good advice on choosing humility over pride:

Finally, he had some good suggestions that apply to weight control—a perpetual goal for those of us who make New Years’ Resolutions: “Eat to live; live not to eat.”

Even if we applied just one of these principles from Dr. Franklin in 2022, it would tend to make us more “healthy, wealthy, and wise” in the new year.