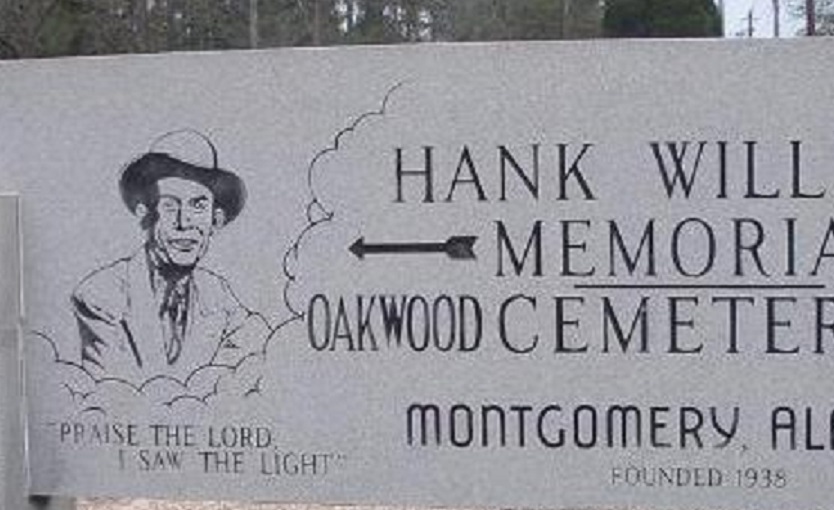 Surge Summary: The tragic end of a legendary song writer/singer many years ago sends a message to everyone regarding the right way – and wrong way – to approach what’s ahead in the new year.

Down through the centuries, each person makes their appearance on the stage of history then passes into oblivion after his allotted time. Few leave this world better than they entered, and few are prepared to die taking care of their finances, insurance, and personal relationships. A few wisely follow the adage of “when it comes time to die, be sure that’s all you have to do.”

In 2016, I wrote about the deaths of many pampered, privileged, and predictable entertainers known for their talent—and their choice of drugs. George Michael, Carrie Fisher, David Bowie, Prince, and many others passed into eternity prematurely because of a lack of wisdom in how they entertained themselves. They permitted themselves to be duped, deceived, and destroyed at a young age.

This calls to mind country singer Hank Williams, Sr., who held the world in his grasp then lost it all in the back seat of his Cadillac, dying from a drug overdose on New Year’s Day, 1953. He was age 29. His long-time manager Merle Kilgore called him “the most cocky, confident man I ever met in my life.” Yet, he was a small man with a very average appearance.

Hank had a string of hits, including “I’m so Lonesome I Could Cry” in 1949, and the haunting “Cold Cold Heart” in 1950, and “Your Cheatin Heart” in 1952. It seems that Williams could massage a song to get the most from it and was proficient with his guitar, but he couldn’t handle fame, money, and life in general. He was often drunk or drugged, even on stage.

With all his advantages, as is true of other entertainers, he lived a shameful, sorry, and sinful life and died a lonely death surrounded by toys, trinkets, and treasure.

He wrote his famous “I Saw the Light” in 1948, although the melody was exactly the same as the Chuck Wagon Gang’s 1935 country gospel song, “He Set Me Free.” Williams often sang that song as if he was a man facing the end, desperate to believe in a salvation he didn’t think existed. Was he trying to convince himself of the reality of the Gospel? He sang: “I wandered so aimless, life filled with sin; I wouldn’t ask my dear Saviour in. Then Jesus came like a stranger in the night; Praise the Lord, I saw the light! The chorus went, “I saw the light, I saw the light. No more darkness; no more night. Now I’m so happy, no sorrow in sight. Praise the Lord, I saw the light!”

But Hank was not happy but hopeless and hapless.

The second verse: “Just like a blind man I wandered alone, Worries and fears I claimed for my own. Then like the blind man that Jesus gave back his sight; Praise the Lord, I saw the light!”

The third verse: “I was a fool to wander astray, For straight is the gate and narrow is the way. Now I have traded the wrong for the right; Praise the Lord, I saw the light!” But Hank apparently never saw the light! He usually closed his shows with this famous song.

Near the end of his life, he was doing a show in San Diego but stumbled drunk off stage after only two songs. His friend, country performer Minnie Pearl, tried to sober him as they rode around town in the back seat of his Cadillac so he could do his second show. She got him to join her in singing “I Saw the Light,” thinking it might help sober him, but after one verse, Hank put his head in his hands and said, “O Minnie,  Minnie, I don’t see no light. There ain’t no light.”

But there was light, but Hank refused it.

On January 1, 1953, Williams died in the back seat of his Cadillac near Beckley, WV on the way to a concert in Charleston, WV. He was to do a show the next day in Canton, OH, in the Memorial Auditorium. Williams’ Drifting Cowboys band opened the Ohio show with a spotlight on the curtain after the packed crowd was told that Hank Williams had died the previous day. The band behind the curtain sang, “I Saw the Light.”

More than 20,000 people attended his funeral on January 4 at Montgomery’s (AL) Municipal Auditorium, where an overflow crowd listened via loudspeakers. Roy Acuff sang, “I Saw the Light,” as Hank’s body lay in front of him in its silver casket. Acuff was joined by Bill Monroe, Little Jimmie Dickens, Carl Smith, Red Foley, Webb Pierce, and others. Dickens began weeping uncontrollably during the song. It seemed appropriate to this massive crowd of fans that Hank’s “closure” song was used to end his last public appearance—his funeral.

Williams is buried in Montgomery, and across the front of his vast tombstone are the words, “Praise the Lord, I Saw the Light.” What a tragedy that a man could talk, write, and sing about seeing the light and apparently never see it. His last release was a single titled “I’ll Never Get Out of this World Alive.”

We are on this earth for only a few years, and it is foolish, freakish, and fatal to destroy our health by drug and tobacco addiction, riotous living, and undisciplined eating and drinking. Hopefully, in this New Year, we will be more disciplined, dedicated, and determined to live a life that is honorable with no dependence on illegal drugs, alcohol, tobacco, and gluttonous eating.

We only have one life, and we are fools to waste it. There is no second chance, and it is useless to think, talk, write, look, and sing about the Light. Or, to stare at the Light.

One must accept the Light! Then walk in it.

Image: Adapted from: Rivers Langley; http://www.phoenixrivers.blogspot.com – Own work (Original text: I created this work entirely by myself.), Public Domain, https://commons.wikimedia.org/w/index.php?curid=5790261

The post Famous Singer, Dead Too Soon, Leaves New Year’s Message, Warning for One and All appeared first on DailySurge.