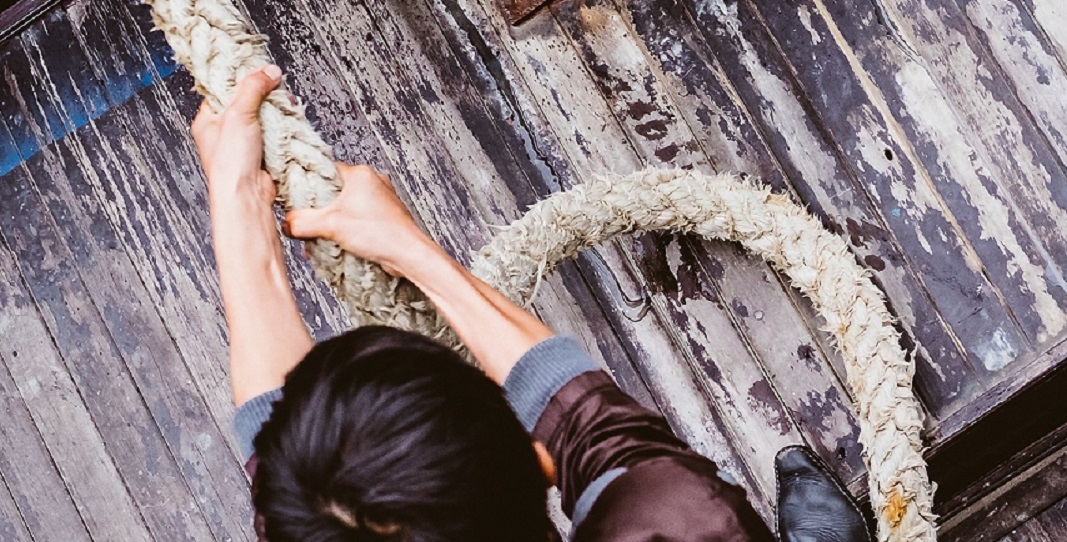 Surge Summary: In the midst of lots of depressing news, some good things are happening on the societal front; pushback is taking place from people who’ve had enough. With the right attitude and a healthy dependence on God, we can expect to see more positive developments in this new year.

It’s clear, of course, that every year is mixed, with progress in some areas and regress in others.

And it’s clear that, until Jesus returns, this world will be messed up, marked by pain and suffering and sin.

But that doesn’t mean that we simply accept defeat as inevitable. Or that we embrace a mentality of hopelessness. Or that we develop a theology of pessimism (as in, “It’s only going to get worse before Jesus returns, so why even bother to try?”)

Absolutely not. To the contrary, as I’ve emphasized countless times before, the Bible encourages us to have the mentality of overcomers and victors. And our perspective is, no matter how dark the surrounding world might be, God’s light shines in that darkness – and the darkness cannot overcome it (John 1:5).

And so, as we start this new year, I want to encourage you to look for ways to “take back ground,” by which I mean, to look for ways to turn things right side up. To make a positive difference. To undo something Satan has done. To recover something that has been stolen (I’m speaking metaphorically here). To turn a negative into a positive. To win a victory where there has been defeat.

If not now, then when? How much more dire do things need to be before we see a concerted pushback?

In the coming weeks and months, I plan to document as many of these victories as I can during my daily radio show, keeping a running tab of encouragements and positive reports. And even though there will surely be many setbacks, the more we can focus on the victories, the better our attitude will be. The stronger our faith will be. And the greater our vision will be.

And these victories will come in both secular and spiritual settings.

Last year, country music star Morgan Wallen was cancelled after a neighbor filmed his drunken rant in which he used the n-word while talking with a friend.

As reported by Christian Toto on the Daily Wire:

All this happened despite no accusations of racism in his past and despite a very humble, heartfelt apology. He also “donated $500,000 to various black causes.” And, “He admitted himself into a rehab facility and shuttered his upcoming concert tour.”

Yet this was not enough for the cancel censors, and the door slammed shut on this young talent.

Except that it didn’t. As Toto notes, “He crushed 2021 by having the number one selling album of the year, ‘Dangerous: The Double Album.’” From cancelled to number one!

What’s more, teaming up with the black hip hop artist Lil Durk, Wallen is now on the top of hip-hop charts with their song, “Broadway Girls.” What do you know? (For the record, I’m not celebrating this song as if it were gospel pure; I’m celebrating the pushback against cancel culture.)

I expect to see this happen more and more in the days ahead, just as we have been seeing for several years now, as more and more people say, “Enough is enough.”

This is what happened in the elections in Virginia, as large numbers of concerned parents pushed back against the growing cultural madness.

This was due to the outrage of biological male swimmer Will “Lia” Thomas competing unfairly against females, based on Thomas’s alleged female identity.

Will others soon follow suit? Will the NCAA have an awakening (and repent of its absurd wokeness)? Will the tide turn from the embrace of cultural insanity to compassion for those struggling with gender confusion coupled with fairness for female sports? Will reality prevail over perception?

And speaking of reality, Rasmussen Reports notes that, “The latest Rasmussen Reports national telephone and online survey finds that 75% of American Adults agree that there are only two genders, male and female. That total includes 63% who Strongly Agree. Eighteen percent (18%) disagree.”

Additionally, “By more than a 3-to-1 margin, Americans oppose a key educational policy of the transgender movement. Sixty-eight percent (68%) believe schools and teachers should not be allowed to counsel students on their sexual and gender identities without parental knowledge or consent. Only 19% believe schools should be allowed to engage in such counseling without parental consent.”

As you will see in my newest book, The Silencing of the Lambs: The Ominous Rise of Cancel Culture and How We Can Overcome It (due out March 1), I am not just filled with optimism. I am also overflowing with gospel strategies, visions, and ideas.

But these gospel strategies came about as a direct result of spending time in the presence of the Lord – meaning that, God is not short of visions and plans and dreams.

And if you belong to Him, those plans include you too. You can make a positive difference in 2022!

The post Right Attitude: Next Twelve Months Can Be the Year to Take Back Ground appeared first on DailySurge.