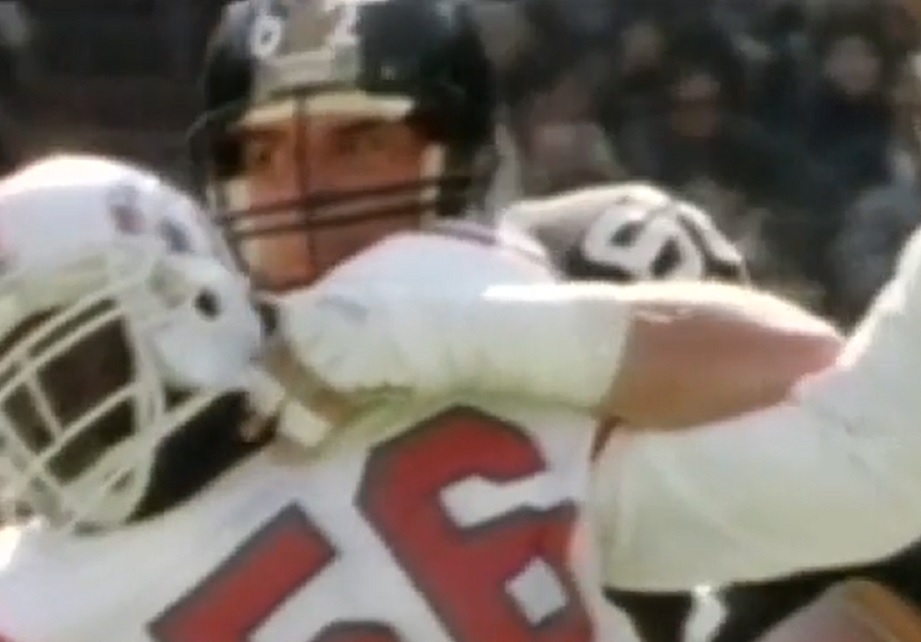 Surge Summary: Former Pittsburgh Steeler offensive tackle Tunch Ilkin, who recently passed away, moved from agnosticism to faith in Christ — and has brought a message of hope to many people in the process.

As the regular NFL season ends, the Pittsburgh Steelers need a minor miracle to make the playoffs, and Ben Roethlisberger’s storied career comes to an end, it is fitting to recognize another Steeler great who died of ALS in September 2021. His contributions on the football field are important, but even more significant is the legacy of his character and faith.

Tunch Ilkin, the Steelers’ stellar offensive tackle, was a two-time Pro Bowler and team captain who played 12 seasons with the team from 1980 to 1992. Ilkin also served as the vice president of the NFL Players Association from 1989 to 1994. He joined the Steelers’ broadcast team in 1998 and became its principal analyst after Myron Cope retired in 2004. From 2005 until his death, Ilkin was the Men’s Pastor at The Bible Chapel, a non-denominational megachurch in McMurray, Pennsylvania.

Ilkin was born in in Istanbul, Turkey, in 1957 and raised as a Muslim. As a young child, he emigrated to the United States with his parents. As a teenager, Ilkin drank heavily and used drugs, but he felt empty. “I fell for the lies of false manhood: that men partied, did drugs, drank, and chased women.” His football success in college and playing in the NFL did not bring him fulfillment. When he came to Pittsburgh in 1980, football was his god and he was still using drugs. “I was a dark, broken Muslim,” an agnostic “who thought Christians were weird and wimpy and weak.”

However, he met a group of Steelers “who loved the Lord, loved each other, and loved me.” Some of them started sharing the gospel with him. On a flight home from Oakland in October 1980, center Mike Webster asked him: “If you died today, where would you spend eternity?” Islam emphasizes the role of good works in pleasing God, prompting Ilkin to reply, “If God grades on a curve, I figure I’m okay.” Webster presented to him “the message of the cross: that all men have sinned and fall short of God’s standard” and that “the penalty of that sin is death.” To have his sins forgiven and be admitted to heaven, Webster explained, Ilkin must accept Christ as his savior. In 1982 Craig Wolfley, his roommate on road trips, asked him, “Would you like to pray to receive Christ?” That evening Ilkin said “the sinner’s prayer” and accepted Christ as his savior.

Steeler Head Coach Chuck Noll and players, especially Webster, Wolfley, Jon Kolb, Donnie Shell, and John Stallworth, all mentored Ilkin in the Christian faith. Noll was a very committed Catholic who regularly attended Mass, Ilkin declared. “The truths that Chuck Noll taught me,” Ilkin told me when I interviewed him in 2016, apply to me “today as a men’s pastor and as a broadcaster, as a dad and a husband, as much as they did as a football player.”

Ilkin gradually concluded that Christians “could still be intense and competitive.” He gradually became much more “serious about walking with Jesus.” As Iklin explained, “I started trying to play football for the Lord instead of myself” and “to use the platform that God had given me as a professional athlete to share the good news of the Gospel. It was really freeing [because] when you start playing for the Lord, you know that all you’ve got to do is give your best.” Ultimately, he asserted, you play “for the audience of one—God.” Christians recognize that God loves us whether you win, lose, or draw, and that there’s more to life than playing football.

Ilkin and his wife Sharon regularly attended Bible studies led by Steelers chaplains Hollis Haff and Jay Wilson. Ilkin also organized a Bible study in South Hills near his home, which he led for several years and which was attended by Wolfley, Steve Courson, and other people from the Ilkins’ church—then called the South Hills Bible Chapel.

After becoming a Christian, Ilkin slowly began to witness to individuals and to speak to Christian businessmen’s associations, Christian women’s clubs, men’s groups, and church services. In all these settings, Ilkin typically gave his testimony and a brief Gospel message.

Ilkin also participated in two outreach programs Hollis Haff started to present the Gospel to community residents. Along with Wolfley, Kolb, Shell, Stallworth, Webster, L. C. Greenwood, Ernie Holmes, Mel Blount, Tony Dungy, Dwayne Woodruff, and other Steelers, Ilkin participated in programs at about 350 area high schools between 1977 and 1982. Modeled on the Super Star competition then popular on television, teams of three Steelers competed against schools’ best three athletes in a tug of war, a relay race, a sit-up contest, and a short volleyball game. Between events Haff asked the Steelers questions about their careers and faith. At these high school assemblies, Ilkin reported, Haff and Steeler players discussed their commitment to Christ. Many who attended these assemblies later told Ilkin that the programs deeply touched them.

After retiring from the NFL, Ilkin frequently talked to church groups and spoke at chapel services for the Steelers, Colts, and Patriots. He also preached a sermon for many years to 200-300 participants at the Steelers Fantasy Camp at St. Vincent College.

Ilkin explained that so many NFL players become Christians because at some point they “realize that there is more to life” than football. Ilkin cited a 60 Minutes interview with Tom Brady in 2009 in which the Patriots’ quarterback asked, “Why do I have three Super Bowl rings and still feel like there is something greater out there for me?” Many would say, Brady added, that “I’ve reached my goal, my dream,” but “I think, ‘God, it’s got to be more than this.’” “We have this void, this heart disease, and you can’t fill it with money,” Super Bowl victories, being the MVP, or being voted into the Hall of Fame, Ilkin insisted; “it can only be filled by the person of Jesus Christ … because that’s how God wired us.”

As noted, Ilkin worked as an analyst on Steelers’ radio broadcasts and directed the men’s ministries at The Bible Chapel. “We talk about Jesus a lot on our radio show,” he told me. “Sometimes guys call us and thank us for [discussing] our faith.” Ilkin reported that 13 current or former Steelers had spoken to the men’s group at The Bible Chapel including Aaron Smith, Antwaan Randle El, Jon Kolb, and Mel Blount.

The first NFL player born in Turkey had a remarkable football career and life.