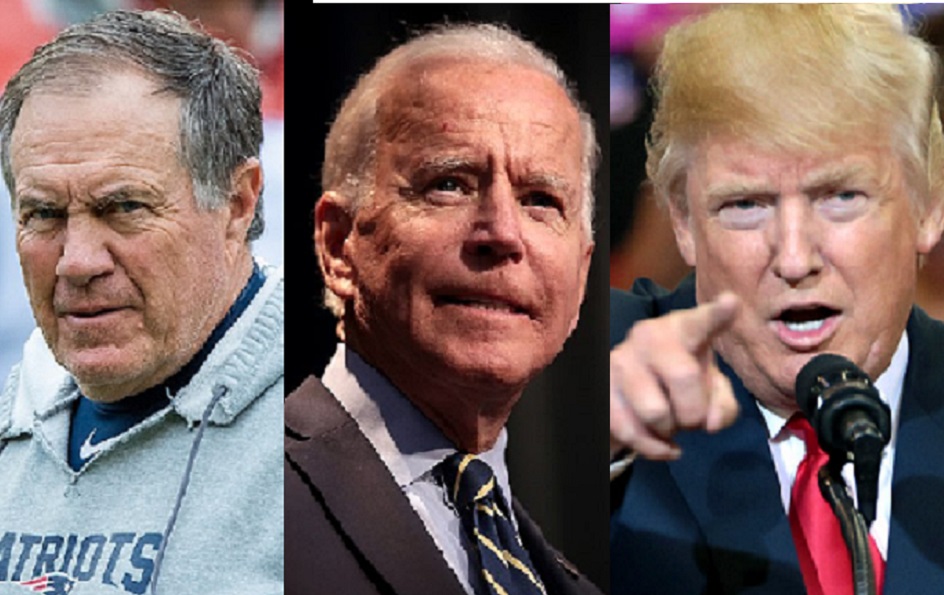 Surge Summary: Three notable figures made surprising shows of graciousness in the closing days of 2021. Was it just holiday cheer — or something more substantive? Could the rest of society adopt their conduct throughout the new year?

Following the New England Patriots’ recent hangdog loss to the Miami Dolphins, I tuned in Coach Bill Belichick’s post-game press conference. I was curious about that event for a very specific reason: a few days before Christmas, the storied NFL top had surprised lots of folks when he commenced a video presser with … an apology(!?):

Look, fellas, I apologize if I seemed like I was a little short with you after the game. … Obviously a frustrating game. … So, not really trying to be short, but honestly, there wasn’t too much to say …. But it’s not your fault. It was a frustrating game.

NBCsports.com’s Darren Hartwell cast it as, maybe, “the most eye-opening moment of the New England Patriots’ season”.

Belichick has been known to have a prickly demeanor for a very long time, and apologies out of him are exceedingly rare. Still, it’s nice to see him take some time to remind the beat writers that he’s more mad at the situation than anything they did to him specifically.

Rather than this suddenly contrite Belichick, pro football fans have grown more accustomed to what was on display after his team’s January 9th trouncing by their South Floridian division rivals: mono-syllabic grunts and a litany of non-answers directed at sports media inquiries.  As is often the case, that post-Dolphins performance was practically physically painful to watch. His COVID mask was puffing in and out like a hyperactive bellows, his eyes studiously avoiding contact with the unfortunate scribblers gathered, his surliness approaching the levels of a grouchy eleven-year-old who’d been told no more video games.

I’m a Belichick fan, but seriously, it was downright embarrassing — as it reliably is whenever his team loses a match-up and he has to face the journos in the immediate aftermath.

When news surfaced of his Christmas time mea culpa, I was hoping it augured, perhaps, an enduring change of behavior for the sixty-nine-year-old head coach. Subsequent conduct indicates, alas … No. Apparently Grumpy Bill is back.

So was his drift into temporary graciousness simply the result of something someone had slipped into his egg-nog? The evanescent effect of transitory holiday cheer?

Peculiarly, around the same time as Belichick’s inexplicable penitence there was an unaccustomed outbreak of civility between two political enemies who normally can whisper nary even a neutral word — nevermind a flattering one — about one another.

During a speech from the White House on [December 12], Biden gave the Trump administration credit for facilitating the development of the vaccines last year and praised Trump for getting a booster shot.

“Thanks to the prior administration and our scientific community, America is one of the first countries to get the vaccine,” … “I got my booster shot as soon as they were available. … And just the other day, former President Trump announced he had gotten his booster shot. Maybe one of the few things he and I agree on.” …

Trump said he was “surprised” but gratified by Biden’s words. … “I’m very appreciative of that — I was surprised to hear it,” Trump told Fox News. “I think it was a terrific thing, and I think it makes a lot of people happy. … I think he did something very good. … You know, it has to be a process of healing in this country, and that will help a lot.”

How about that? Both of ’em playing briefly nice toward the other.

The way the current Chief Executive and his party normally characterize Trump, they might as well brand the former president “Lucifer”. They not only criticize DT — to be expected in politics, especially in the rumbustiousness of 2022’s political give-and-take — they monomaniacally accuse him of being the pestiferous font of nearly every evil of the age.

For decades, the 46th President — formerly a Democratic U.S. Senator and Vice President — has honed his “hail-fellow-well-met” schtick. “Lunch-bucket Joe”! The good guy who labors doggedly to get along with his Washington colleagues; including those who land on the opposite side from him on key issues. Yet, if there’s any doubt that reputation has long-been scandalously superficial at best, that doubt was vaporized by the first term/first year viciousness of his administration.

[Romney] accused Biden of saying “quite a number of things that simply weren’t true. … He also accused a number of my good and principled colleagues of the Senate of having sinister, even racist, inclinations…. And so, President Biden goes down the same tragic road taken by President Trump — casting doubt on the reliability of American elections.” Calling it a “sad, sad day,” Romney added, “I expected more of President Biden, who came into office with the stated goal of bringing the country together.”

Trump, for his part? He’s been known to heave an indelicate remark or two Biden’s way over the past couple election cycles. Putting it less diplomatically, before worshipful throngs of supporters and banks of microphones and TV cameras, he can barely restrain his antic, dependably mean-spirited, outbursts.

Taking all that into consideration, it shouldn’t shock anyone that neither customarily speaks well of the other.

I suspect Joe Biden took some heat from his base for fleetingly hitting the pause button on his “Trump-Is-the-Worst-Thing-to-Ever-Happen-to-Humankind” polemics. That said, he did so — and good on him for it.

I promise some Trumpists, conversely, squirmed when their man tipped his hat to the fellow who drummed him out of 1600 Pennsylvania Avenue two Novembers ago. Still, it was a refreshing display of dignity and maturity from Donald Trump — and a tip of the hat to him for that.

It’s minimalist decency; fairness from each one. Now, how about keeping some of that going?

I’m not asking governmental leaders to pretend they agree with one another when they have genuine ideological or policy differences. I’m not suggesting they go-along-to-get-along on meaningful, country-shaping, life-affecting matters. But is it possible to extend a little, rudimentary respect toward others while challenging them, even resisting them?

My fellow Christian conservatives particularly can — and, point of fact, must — make the muscular, aggressive case for constitutional government, the nation’s Judeo-Christian roots and founding principles. Indulging patty-cake for mere collegiality’s sake has no place in proceedings that determine what kind of future awaits Americans.

In no way, however, must passion for one’s convictions equate with ugliness and viciousness. Nastiness oughtn’t be a synonym for strength and leadership.

The Creator calls men and women to fight for truth but not coarsen their souls in the process:

“Let your speech always be with grace, seasoned with salt, that you may know how you ought to answer each one.” (Colossians 4:6; NKJV)

If this unexpected bonhomie was the result of the spirit of Christmastide, let’s be reminded of another cliché: We should all act like every day is December 25. Bing Crosby warbled it over half-a-century ago: “The secret of Christmas/ Is not the things you do/At Christmas time but the Christmas things you do/All year through”.

If Belichick’s, Biden’s and Trump’s sudden efflorescence of cordiality is strictly unrelated to the December celebration? Well, that’s still better news for the rest of society. That means there’s no excuse for them to comport themselves like louts – ever. If they can exhibit a skoche more cheerful magnanimity in December, they can do so in January … and July. If they can manage a kind word during the holidays, they can do so during winter’s darkest spans; and on every other day of the calendar.

Because it is possible to battle for truth and be decent in the process. Because even political adversaries, even media-types posing exasperating questions, even difficult people are made in the image of God (James 3:9-10).

How about this momentary foray into dignity by these three high-profile figures serves as an example for the rest of us to follow in 2022? How about they continue following it themselves?

The post Common Decency Makes an Uncommon Appearance … What Gives? Can It Last? appeared first on DailySurge.