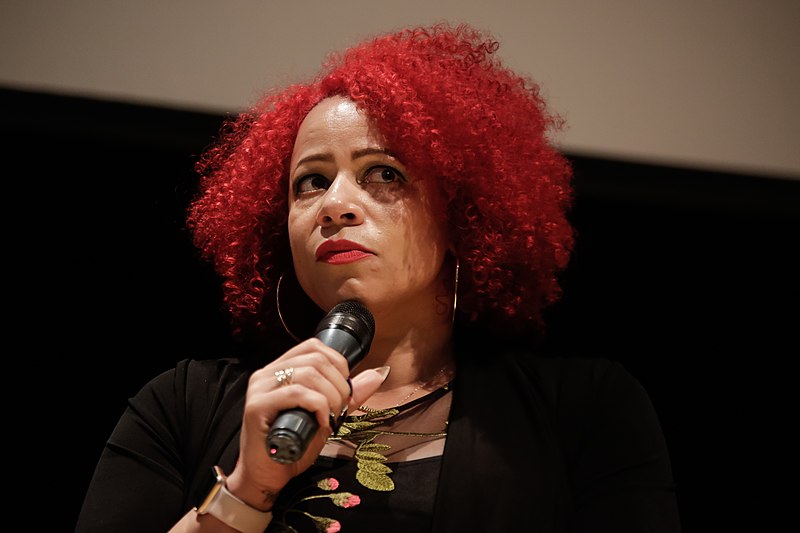 Surge Summary: The 1619 Project, which is so influential in America’s schools, gets so much historically wrong.  It must be — and is being — exposed and repudiated by those who care about the facts.

Nikole Hannah-Jones is the New York Times Magazine reporter who wrote the 1619 Project which is being used in many schools across the country. The 1619 Project postulates that America began in 1619, when the first black slaves were brought here—not 1776, when the founders declared independence.

Hannah-Jones made an historical faux pas in a tweet the other day, in which she said that the U.S. Civil War began in 1865. She later apologized, claiming that her tweet was just “poorly worded.” She said she knows the conflict that ultimately ended slavery in America began in 1861 and ended in 1865.

Hannah-Jones coincidentally doesn’t have a firm grasp on the concept of parental rights, either. She recently told Chuck Todd on NBC’s “Meet the Press”: “I don’t really understand this idea that parents should decide what’s being taught. I’m not a professional educator. I don’t have a degree in social studies or science….I think we should leave that to the educators.”

Gary Bauer, former Under Secretary of Education for President Reagan, reacts to her remarks: “She admits that she’s not a professional educator. She’s right about that. She’s a professional left-wing agitator.”

Bauer adds, “Parents, policymakers and state legislators are right to ban the 1619 Project. It’s garbage! Numerous professional historians have thoroughly debunked it. It has no business in our schools. But she thinks banning her radical screed is a sign of oppression.”

Dr. Carol M. Swain is a prominent black scholar who has taught at Vanderbilt Law School and at Princeton. I spoke with her on my radio show about the ongoing battle over American history.

She told me the 1619 Project presents a “revisionist history. [It postulates that] the country is racist to the core. Black people built the country. Racism defines who we are as a nation.” Swain would remind us: “When slavery was introduced into America, we were British colonists.”

When I asked her about the idea of America being “systemically racist” today, she said that the passage of the Civil Rights laws in the 1960s, “really ended systemic racism under the law. And any racism that continues is not because of our national structure.”

It pains her to see the distortion of our history which is propagandizing whole new generations against America. She said, “I care about America. And I care about race relations, and anything [the Left] pushes takes us backwards.”

Swain also notes that this America-is-and-always-was-racist message has a “crippling” effect to underprivileged children because “they give up before they ever get started.” What a tragedy.

Nonetheless, the “historian” peddling this false narrative of American history is feted today by the left. Fox News notes that Hannah-Jones “was named to TIME’s list of the ‘100 most influential people’ in 2021.” That is scary since she peddles this false narrative that America began because of slavery.

America became America despite the evil practice of slavery. The American founders created the framework whereby slavery could one day be uprooted. And it was—at the cost of about 700,000 lives.

Civil rights leader Bob Woodson of the Woodson Center created the group 1776 Unites, which aims to address our history in an accurate way. He has recently compiled a book entitled, Red, White, and Black: Rescuing American History from Revisionists and Race Hustlers.

I’ve interviewed Woodson on a couple of occasions. He told me in reference to the 1619 Project, “There are all kinds of historical inaccuracies. We at the Woodson center organized 23-plus scholars and activists to confront this 1619. We called ourselves the 1776 Unites.” Many of these scholars are African-American.

There is a battle over history today. But there are a few historical resources that I would point people to. I have a set of The Annals of America, which is a series of volumes put together by the Encyclopedia Britannica in 1976. The first three volumes in this 20-or so book set focus on the settling and the founding eras of America. It provides the text (and context) of the leading documents in American history. God and the Christian faith can be found all over in many of these original sources.

Meanwhile, Yale University has put such key documents on-line as part of their Avalon Project. This is much more trustworthy—since it’s the original sources—than revisionist claptrap sold to us today by the likes of Nikole Hannah-Jones.

There’s a battle over history in our time. And this battle has big implications as to what our nation was, is, and ever will be.

The post Don’t Confuse Her w/ Facts: 1619 Project Author Gets So Much So Wrong appeared first on DailySurge.