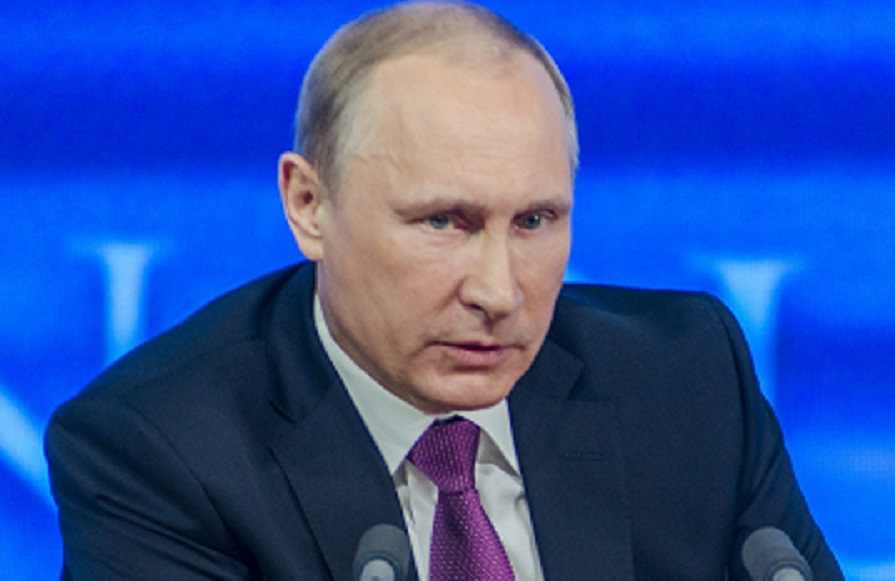 Surge Summary: The U.S. must find a way to stymie Vladimir Putin’s designs on Ukraine without getting American troops directly involved. The governmental system that has made America a success is actually rooted in an idea with literally heavenly origins.

I had two different ideas regarding what to write about this month.  There’s so much going on that it’s even hard to narrow it down to just two subjects.  However, without delving into too much minutia, I’ve decided to take a brief look at a couple different historical perspectives.

“Those who cannot remember the past are condemned to repeat it.”   Most of us have probably come across this statement before.  It’s attributed to Spanish philosopher George Santayana.  Slightly different variations have also been credited to Irish statesman Edmund Burke and Winston Churchill.

With Putin’s invasion of Ukraine, we are right now seeing this warning play out in real time.  The events that have lead up to Putin’s actions are practically a recreation of what was happening in 1930s Europe that lead to WWII.  (I know what you’re thinking: great, here comes another Hitler analogy.  Yeah, you’re right.  But this one is historically accurate and is not a hyperbolic comparison to President Trump.)  Here goes.

Hitler felt that Germany had been betrayed by the Treaty of Versailles and wanted to restore the country to its former glory.

Putin feels that the breakup of the USSR was unnecessary and wishes to reestablish Russia as a world power within the older borders.

Hitler’s first land grab was the demilitarized Rhineland in March 1936.  This was followed by the Sudetenland (Czechoslovakia) March 1938, and the annexation of Austria in March 1939.

Putin has brought the former USSR republics of Moldova and Belarus under limited control by Moscow and has used each area as staging grounds for Russian troops.  He attacked Georgia in 2008 and still maintains a military presence there.  Putin took the Crimea on the Black Sea in 2014.

Hitler’s land grabs were made possible by western allies ignoring the danger he posed and by the outright appeasement of British Prime Minister Neville Chamberlain.

Putin was appeased and basically ignored by the Obama administration.

Hitler used the Spanish Civil War (1936-39) as a “proxy war” to test out military equipment and the Luftwaffe.

Putin sent Russian military aide as well as troops to Syria in August, 2015.  This was also during the Obama administration.

The noticeable pattern here is that in both historical time lines, appeasement was offered by weak leaders (Chamberlain, Obama) who in turn were followed by strong leaders (Churchill, Trump).  Another bit of historical irony is that both Churchill and Trump lost their next elections.  Granted, that is where the comparison sort of breaks down, but the point is that history is most certainly repeating itself in real time.

One very revealing bit of current history involves the fact that Putin has publicly made reference to being interested in taking Finland.  Russia tried that in 1939 and it didn’t go as planned.  By default, Finland became a German ally, sort of the “enemy of my enemy is my friend” thing.  (If you’ve never heard of this before, google The Winter War.)

By all indications, Americans want no more “boots on the ground” moments anywhere.  Having said that, though, we do want to, and need to, help Ukraine.  It looks like it’s going to be more up to individual Americans rather than our government.  Either way, Putin has got to be stopped.  While the similarities between 1930s Europe with Hitler and Europe today with Putin are scary enough, one scenario that didn’t exist in the ’30s is this: nuclear weapons.  Today’s stakes are higher.  We have to put pressure on our own government to work towards a solution that doesn’t involve more dead American troops.

Having said all that, the next subject at hand is we need to understand what kind of a government we actually have.  I’m always amazed that even highly educated people don’t understand that the United States of America is a constitutional republic and NOT a democracy.  By definition, a republican (small “r”) form of government is “…a government in which supreme power resides in a body of citizens entitled to vote and is exercised by elected officers and representatives responsible to them and governing according to law.”  (Merriam Webster Collegiate Dictionary, 10th Edition, 1994)

A democracy, by contrast is “…a government by the people; rule of the majority.”.  While a democracy also can function with elected officials, it’s the majority rule part that makes it different from a republic.  Is this the reason why liberals always moan about “democracy dies in darkness” when they don’t get their way?

A rather unique way of looking at what is happening in this country right now is found in the Hegelian Dialectic. This concept comes from the 19th Century German philosopher Georg Wilhelm Friedrich Hegel and is in three parts: thesis, antithesis, synthesis.  Basically, it’s a system where a contradiction between a proposition (thesis) and its antithesis becomes resolved at a higher level of truth.  In political terms, it’s when a problem and the solution to the problem can be manipulated by the response to the problem.  Fundamentally, how the response (i.e. solution) to any problem can be effectively manipulated.  If you don’t think this isn’t happening real time, think what we’ve experience these last two years regarding the response to COVID, the energy crisis, the supply line crisis, crime, immigration…. you name it.  Those who wish to destroy our republic are manipulating us.

This manipulation, control and weak leadership with an anti-American agenda should be a wake up call concerning how important our form of government is.  If you really believe that the last election was totally honest, then let’s talk.  I have a bridge for sale…cheap, along with some property that has a slight drainage problem.  I’ll let ’em both go dirt cheap.

Back to the original premise:  Putin did what he wanted during Obama’s presidency; not during Trump’s.  Now we have not only another weak leader, but one who is in mental decline.  Biden is essentially acting out Obama’s third term.

American exceptionalism is a reality.  While it’s politically correct to mock the idea as racist, it has its roots in a spiritual principle.  Israel was exceptional among the nations, due to the fact that even before they entered into the promised land, Moses was instructed to set up a form of self government with judges and a system of checks and balances.

Exodus 18:25,26   “And Moses chose able men out of all Israel, and made them head over the people, rulers of thousands, rulers of hundred, rulers of fifties and rulers of tens. (v.25) And they judged the people at all seasons: the hard causes they brought unto Moses, but every small matter they judged themselves.”  (v.26)

That is a very early form of republican self government with a system of checks and balances that separated the everyday matters of life from the more weighty issues involving the law.  In Israel’s case, it was Moses as the law giver from God, while the people self governed.

This beginning of Israel’s exceptional self government in Exodus through the period of judges lasted roughly 410 years.  In 1st.  Samuel, Chapter 8, the people of Israel desired to be like other nations and asked God for a king.  The prophet Samuel anointed Saul as the first king of Israel, and it was pretty much downhill from there on.  Israel had good kings and bad kings, but their time of self government was over once they put all the power into the hands of one individual.

A republican form of government, and not a complete democracy, is God ordained.  It’s what made Israel exceptional and it’s what has made America exceptional.  We have slipped off the rails by not taking control of our self governing ability and by allowing weak leaders to manipulate us.  This is why that even on the local levels of government such as school boards and town councils, we have to use our voices.  While this is starting to happen, while Americans are waking to the manipulation we’ve experienced, we need to continue and realize that our exceptionalism and our republican form of self government isn’t white/colonial/racist but rather a God given principal.  May God give all the backbone needed to continue the fight.