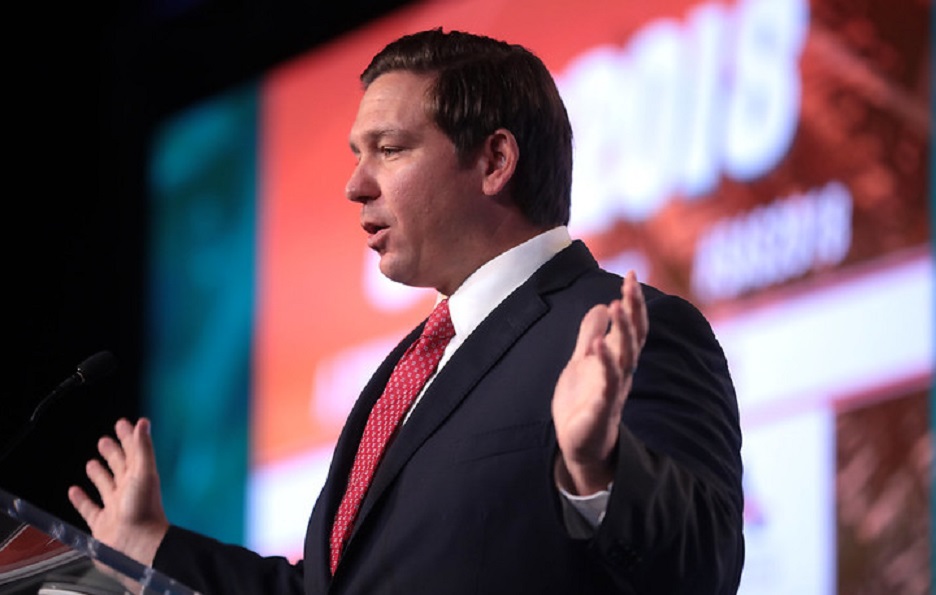 Surge Summary: Gov. Ron DeSantis, in his confrontation with Disney, demonstrates there are Republican politicians other than Donald Trump willing to take the battle to the Left. Hopefully, his example will stir other conservatives to take similar principled stands.

When was the last time we saw a Republican leader actually take the fight to the foe?

Apart from the Tweet-happy but profoundly effective previous occupant of the Oval Office, the answer is, we can’t remember.

Florida Gov. Ron DeSantis just hit the Disney empire with a roundhouse blow, signing a law depriving them of their longtime special tax district status in Orlando. Ouch. Right on the chin.

Many “conservative” leaders talk a good game but often later explain that, darn it, they just couldn’t do much about the Left’s latest attack on the moral order. They are too polite to engage in the kind of smashmouth politics that Democrats routinely deploy. And Mr. DeSantis is doing it with a smile.

Here’s a recap: Florida schools were caught aggressively corrupting children sexually, even in the youngest grades. Prodded by Gov. DeSantis, the Republican-dominated legislature passed the Parental Rights in Education Act, which bars schools from introducing kids in kindergarten through third grade to “gender identity” and “sexual orientation.”

Pressed by LGBTQ activists inside and outside, the Walt Disney Company management denounced the bill and promised to double down on pushing homosexuality and transgenderism in every Disney product and venue. A Disney executive was caught on tape promising to make up to 50 percent of characters reflect LGBTQ identities.

Since Disney is a major Florida employer and revenue magnet, they figured that Gov. DeSantis would quickly cave. They had watched what Indiana Republicans did in 2015 when corporations joined LGBTQ activists in assailing a religious liberty law.

Part of the LGBTQ campaign in Indiana involved vilifying a pizza parlor. A local TV station made Memories Pizza in Walkerton out to be monsters simply because the co-owner said on camera that, due to their Christian beliefs, they would not cater a same-sex wedding. A flood of hate toward this mom-and-pop business ensued. They were forced to close, reopened, but closed permanently n 2018.

In short order, the Republican legislators enacted an amendment that not only gutted the religious liberty bill but even advanced gay rights. A similar bill in Arkansas was watered down after Bentonville-based Wal-Mart weighed in.

This time around, Florida’s governor told a big corporation where to get off and then let the chips fall. So far, they have not fallen Disney’s way.

The company’s stock, which had already dropped 33 percent over the last year, dropped another 22 points in April as families canceled vacations and vowed never to buy Disney products again.

Disney has a huge footprint in the entertainment world. It owns not only Disney’s vast film inventory and studio but Disney+, Lucasfilm (Star Wars), Marvel Entertainment, Pixar, Capital Cities/ABC, ESPN, 21st Century Fox, BAMTech streaming services and many more. The company owns 12 major theme parks around the world, including California’s Disneyland, Walt Disney World’s four parks, and attractions in Paris and Tokyo. In Shanghai and Hong Kong, Disney has minority ownership with a majority share in the parks owned by the communist Chinese government.

Given that Disney brings in billions of dollars to Florida, has three dozen lobbyists in Tallahassee and employs 80,000 Florida residents, Mr. DeSantis has taken a considerable political risk. For its part, Disney is now keeping “its mouth shut,” according to the Wall Street Journal. The paper says Disney allies in the state legislature don’t want any more controversy while they try to restore the tax breaks.

This is about more than a rogue entertainment company getting pushback. It’s about a Republican governor (instead of Bernie Sanders and AOC) going up against a Big Business titan. Wall Street has long assumed that Main Street voters won’t notice Big Business assaulting the moral order at home while sending jobs overseas. But they have.

You’d think that the Trump phenomenon and Biden’s catastrophic presidency would have awakened the corporate world to the existence of a vast Silent Majority of parents of all races. They are looking for someone to champion their values with actions, not just words.

Going after children is the bridge too far for many previously disengaged citizens. There is a fast-growing Mama Bear movement and Disney got between them and their cubs.

Disney’s tone-deaf response to parents desperately fighting to preserve their children’s innocence is evidence that the suits still don’t get it, but soon will.

Meanwhile, God willing, Gov. DeSantis’ example may stiffen other backbones across the land.

Robert Knight is a columnist for The Washington Times. His website is http://www.roberthknight.com.

The post DeSantis vs. Disney: Exactly the Way Other Conservatives Must Confront Ruthless Left appeared first on DailySurge.