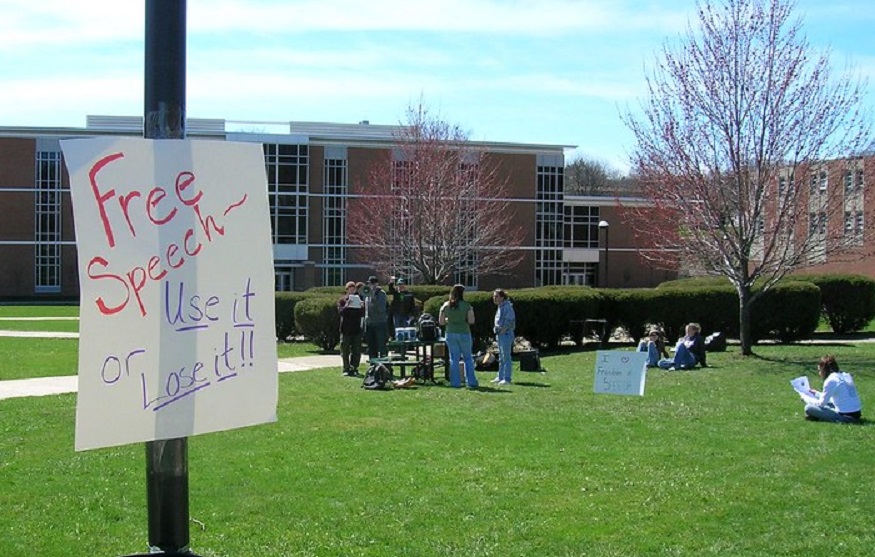 Surge Summary: Around the globe, it’s undeniable: Supporters of ‘wokeness’ on university and college campuses can get away with saying almost anything. Those volunteering ‘unwoke’ statements? Not so much.

It takes a lot for a tenured professor to be fired, but it recently happened to Frances Widdowson. As reported by Fox News, Widdowson “who taught economics, justice and policy studies, was fired from Mount Royal University (MRU) in Calgary, Alberta, last December after stoking controversy for comments criticizing BLM, which she said ‘destroyed MRU’ to such an extent that she ‘doesn’t recognize the institution anymore.’”

In addition, “Widdowson, who studied Indigenization initiatives for 20 years, also took flak for claiming that Canada’s controversial residential school program offered Indigenous children the opportunity ‘to get an education that normally they wouldn’t have received.’ Her comments came amid a national backlash over the discovery of unmarked graves at the Kamloops Indian Residential School in British Columbia.”

And for that, she was fired, no doubt with the help of a Change.org petition titled, “Fire France Widdowson – a Racist Professor at MRU.”

To quote the petition itself, “Frances Widdowson is a racist professor who works at Mount Royal University. This is a call to demand that the university condemns Widdowson’s hateful actions against the BIPOC community and that she is terminated for her racist remarks.

“Mount Royal University has still yet to make a statement regarding Widdowson’s racist actions and continues to employ her.

“In ignoring the racist actions of people in power, we directly contribute to the systemic racism within our society.”

But she certainly had every right to express these views as a college professor, especially a tenured professor. To deny her that right is to deny free speech, plain and simple.

As Elon Musk recently said, “A good sign as to whether there is free speech is someone you don’t like allowed to say something you don’t like. And if that is the case, then we have free speech.”

But what makes the firing of Widdowson all the more egregious is that those on the left are allowed to engage in all kinds of outrageous hate speech without any penalty in the least or, certainly, without losing their job. (I have documented this radical shift to the left on American campuses in the chapter “The Campus Thought Police” in my new book The Silencing of the Lambs: The Ominous Rise of Cancel Culture and How We Can Overcome It.)

For example, in April 2020, in response to Kansas lawmakers who argued against a complete shutdown of religious services due to Covid, Philip Nel, an English professor at Kansas State University tweeted, “Local branch of death cult, aka @KansasGOP, votes to exempt churches from quarantine rules, endangering the lives of us all.”

That sounds pretty hateful to me. But was Nel censored for this tweet, let alone fired? Not a chance. (For the record, he’s the author of “Was the Cat in the Hat Black?: The Hidden Racism of Children’s Literature” and “Tales for Little Rebels: A Collection of Radical Children’s Literature.”)

Last December, Professor Monica Casper, dean of the College of Arts and Letters at San Diego State University, tweeted this with reference to the Dobbs v. Jackson Supreme Court case, which could possibly overturn Roe v. Wade: “Two sexual predators, a white lady, and some racists walk into a courtroom…#SCOTUS #AbortionIsHealthcare.”

What a despicable characterization of an immensely important pro-life case.

But perhaps these comments were too mild, hardly worthy of dismissal or censure.

How about these comments? As reported by Prof. Jonathan Turley on February 2: “An Australian professor of “moral psychology” used Twitter to call for the death of Trump supporters.  Neither Twitter nor his colleagues objected to Macquarie University Associate Professor Mark Alfano calling for ‘more of this please‘ after reading that a Trump supporter died in the recent Capitol Hill riot. He also called such deaths ‘comedy.’ He is not the first academic to call for such violence or defend killings. We previously discussed Rhode Island Professor Erik Loomis who writes for the site Lawyers, Guns, and Money and declared that he saw ‘nothing wrong’ with the killing of a conservative protester. (A view defended by other academics). Other professors have simply called for all ‘Republicans to suffer.’ What is striking is that such views are neither barred by Twitter nor, according to a conservative site that broke this story, denounced at his university.”

Another professor openly wished for the death of Republican lawmakers who were shot at a baseball game in 2017, while in 2018, yet another professor posted this: “OK, officially, I now hate white people. I am a white people, for God’s sake, but can we keep them — us — us out of my neighborhood? I just went to Harlem Shake on 124 and Lenox for a Classic burger to go, that would [be] my dinner, and the place is overrun with little Caucasian [expletives] who know their parents will approve of anything they do.” (He actually had a lot more to say, but this gives you an idea.)

Were either of these professors fired? Nope. Were they censored?

In the first example, citing Trinity College professor Johnny Eric Williams, he had also written that “all self-identified white people (no exceptions) are invested in and collude with systematic white racism/white supremacy.” And he tweeted that “whiteness is terrorism,” defending his comments rather than apologizing for them.

As a result of his “let them die” wish for the wounded GOP lawmakers, he was temporarily suspended, shortly after which he was granted tenure. I am not making this up.

In the case of the second professor quoted here, James Livingston, a tenured history professor at Rutgers, the university decided to sanction him but then reversed its position.

Yet Prof. Widdowson, a longtime tenured professor, was fired for comments that were far less offensive than any of these (and, the truth be told, probably quite accurate).

That’s the reality on our campuses today, and I barely scratched the surface of some of the extremism that exists.

The good news is that Widdowson is fighting back with vigor, wit, and determination (in the courts too), calling out the “woke” crowd.

May freedom and equality prevail.

The post Outrage on University Campuses: ‘Free Speech for Me, Not for Thee’ appeared first on DailySurge.