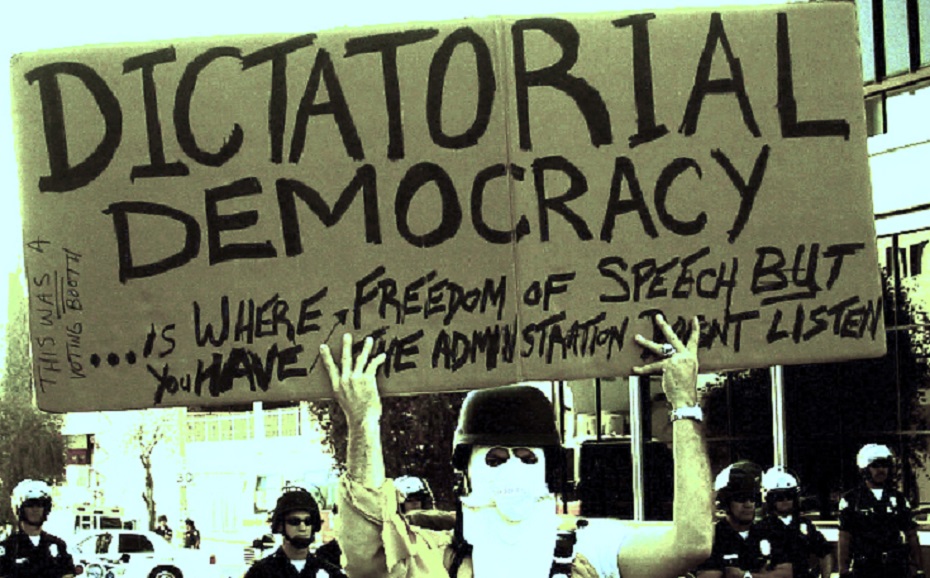 Surge Summary: Former U.S. Attorney General John Ashcroft recently clarifies America was not founded as a pure democracy, but as a nation that provided for democracy bracketed by a Constitution. Liberty is the most important principle in America’s roots – men are free, but their choices matter, true right and wrong matter.

John Ashcroft graduated from Yale University in 1964 [Bachelor of Arts] and the University of Chicago in 1967 [Doctor of Jurisprudence] and then taught business law at Southwest Missouri State University. Ashcroft went on to serve as state auditor from 1973 to 75, was elected in 1976 to the first of two terms as state attorney general, elected in 1984 as governor of Missouri, and reelected in 1988. In 1994, the former governor was elected to the U.S. Senate and concluded his career as United States Attorney General [2001 to 2005].

His three-decade pilgrimage through the rough and tumble of the public square garnered him an experienced view, a working knowledge of culture. By virtue of his close relationship to God through Jesus Christ and thorough knowledge of His Word, Ashcroft’s spiritual depth equips him with an educated opinion on how the Christian founders intended to frame society as they plodded through the 17th and 18th century.

His address last week [listen below]  to Missouri pastors was a tour de force, underscoring the notion that contemporary culture is nothing but the public manifestation of a secularized State religion brought to a head by the profane Warren Court from 1953 to 1969. This pernicious apostasy was introduced into halls of higher learning in late 19th century America, with its siren call of Liberté, Égalité, Fraternité [liberty, equality, fraternity].

General Ashcroft had this to say about it: “I want to try and make a couple of points, the first is about liberty. I believe liberty is a gift of God, it is the central value of the universe. And from the beginning of time, two voices have echoed down the corridors of history: one saying, ‘You’re free, do what you want, it won’t make a difference,’ and the other saying, ‘You’re free, you are very consequential [so] be very careful what you do, it makes a big difference.’

“The idea is that when you don’t have consequences, you’re free; [but] that doesn’t define liberty, that defines meaninglessness. The Creator of the universe shaped each of us to have meaning, and because He did, He gives each of us consequence.

“When the serpent says to Eve, ‘Go ahead and do it,’ it’s the modern-day equivalent of saying, ‘What happens in Las Vegas, stays in Las Vegas.’ What bigger persistent lie has there been in the history of the universe than that you [can] do things without consequence?

“God says to us, ‘Be very careful what you do, it has great consequence.’ And He literally ushers Adam and Eve to the edge of the garden and ministers what I refer to as the right foot of fellowship.

“Throughout Scripture, you have this idea of consequence … ‘I call Heaven and Earth to record this day against you,’ it says in Deuteronomy. You know, I’m a lawyer, and you don’t have to worry about talking to lawyers, generally, but if they bring in the court reporter along with one of those little machines [where] they sit down and tap out what you’re saying, it’s serious, it’s recording what you say.

“I call heaven and earth to record this day against you, that I have set before you life and death, blessing and cursing” [hence, not small decisions, but big decisions] “therefore choose life, that both thou and thy seed may live.” [Deuteronomy 30:19; KJV]

“One of the problems is America’s intoxication with, instead of liberty, its intoxication with democracy. You won’t find the word ‘democracy’ in the Constitution or the Declaration of Independence. But we’ve come to believe that whatever the majority wants is right.

“And the amount of redefinition in our culture right now that’s being undertaken by those influences, is shocking – they are asking us to believe the unbelievable … they’re asking us to believe [in] the unscientific. How quickly they went from demanding that we rely on the ‘science’ to the fact that they want us to repudiate science, which has always been understood and properly supported in the Word of God.

“So the idea of liberty is important for us … now I agree with Winston Churchill who said, ‘Democracy is the worst form of government ever devised except for anything else we’ve tried.’

“… and it’s time for the voice of the people of God’s Church to be heard.”

In Old Testament vernacular, the present turmoil in the public square of America is a direct result of religious infidelity, a turning to false gods. In that context, the Ukraine crisis – and Russia’s threat of nuclear war on Great Britain – is not unique, as “rebellions are not accidental. Nations have spirits, which Yahweh, the Spirit of all, stirs up to invade Judah [2 Chronicles 21:16].”1

America’s influence is being reduced as a result of unfaithfulness to its biblically-based founding, religious infidelity, and turning to false gods. Yet, God always provides a cover for those who seek the shelter of His wings.2

Mercifully, Gideons and Rahabs are beginning to stand.

The post Liberty and Consequences — Not ‘Democracy’ — Central to America’s Founding appeared first on DailySurge.