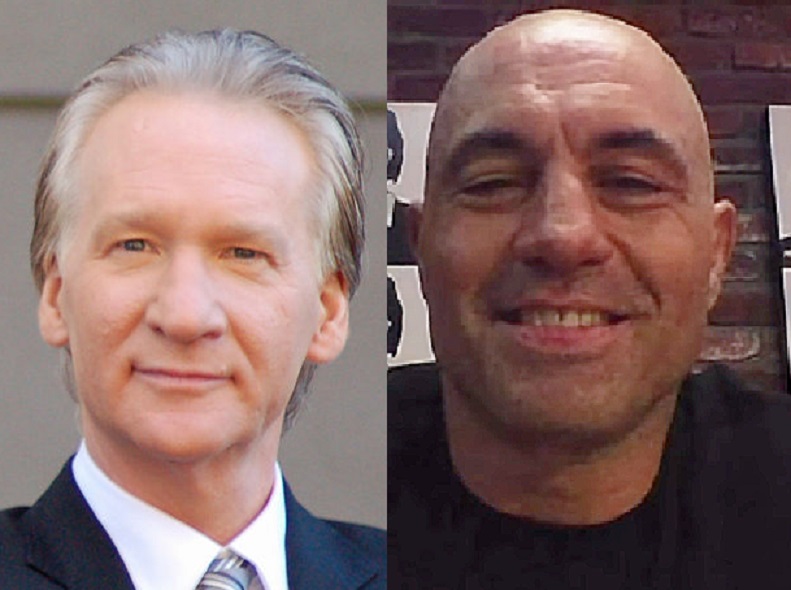 Surge Summary: Media personalities Bill Maher and Joe Rogan demonstrate even those who don’t acknowledge the authority of the Bible or religious arguments can recognize the problems with unrestricted abortion.

A recent article posted on Red State pointed to abortion-related comments made by podcast giant Joe Rogan, suggesting that we can win the pro-life argument by listening to his approach. In the same way, recent comments by the very liberal Bill Maher point to ways that we can have a discussion with pro-abortion friends and colleagues without using religious-based arguments.

To be sure, in order to change hearts and minds, we need God’s help. And under no circumstances should we ever back away from our deeply-held, biblically-based convictions about the humanity of the baby within the womb.

At the same time, when talking with people who do not share our religious values or do not hold the Bible in esteem, there are common-sense, logical arguments we can raise that might just get people to rethink their position.

At the least, these arguments, especially when tied to people like Rogan and Maher, who are anything but Bible-thumping Christian fundamentalists, might just lower the temperature in the room, allowing for cooler heads to prevail.

Interestingly, it was the late Justice Ruth Bader Ginsburg, herself staunchly pro-abortion, who had warned back in 1992 that Roe was built on a flimsy foundation.

As pointed out by New York Times columnist David Brooks on the PBS NewsHour on May 5, “Ruth Bader Ginsburg made this point back in 1992, that that decision was so big, she said it’s fragile. It’s — and then law professors, even very pro-choice law professors, have always said, we’re worried about this decision. It’s not a great decision. They liked the outcome. They worried about the decision. So, it was fragile. And so, hanging all that on that decision was always going to be — it was waiting to go off. And then Alito just ran through it. I — personally — there are two separate issues here: Should abortion be a right that people get to enjoy? Should — does the Constitution guarantee that right? And it’s important to separate those two things.”

In Ginsburg’s own words, “Doctrinal limbs too swiftly shaped, experience teaches, may prove unstable. The most prominent example in recent decades is Roe v. Wade.”

As for saying that Justice Samuel Alito “ran through it,” I take Brooks to mean that Alito exposed these very weaknesses in his devastating, leaked opinion. (Prof. Jay Richards rightly noted that, “Because of the outrage of the leak, etc. Alito’s opinion has not [yet] gotten enough credit for being an utterly persuasive and accessible piece of legal reasoning. Notice the social media screamers aren’t engaging his arguments.”)

To quote Alito directly, “Although the Court acknowledged that States had a legitimate interest in protecting ‘potential life,’ it found that this interest could not justify any restriction on pre-viability abortions. The Court did not explain the basis for this line, and even abortion supporters have found it hard to defend Roe’s reasoning. One prominent constitutional scholar wrote that he ‘would vote for a statute very much like the one the Court ended up drafting’ if he were ‘a legislator’, but his assessment of Roe was memorable and brutal: Roe was ‘not constitutional law’ at all and gave ‘almost no sense of an obligation to try to be’. . . .

“As Justice Byron White aptly put it in his dissent, the decision represented the ‘exercise of raw judicial power,’ and it sparked a national controversy that has embittered our political culture for a half-century.”

And as a legal colleague of mine mentioned after reading Alito’s 98-page document in full, Alito also cites the views of other liberals who recognized the deficiencies of Roe. Those arguments should be part of our arsenal as well.

Getting back to Joe Rogan, he said, “I am 100% for a woman’s right to choose. But as a human being, just a person observing things, there’s a big difference between a little clump of cells and a fetus with the eyeball and a beating heart. And for anybody to pretend there’s not.”

Rogan’s guest, comedian Doug Stanhope asked, “Where do you draw the line?”

Rogan replied, “Right. Where do you draw the line? Yeah, that’s the question. It’s what I call a human issue. It’s a very complicated issue. It’s so fraught with emotion. And it’s so political.”

Again, Rogan’s musing represents just one step in the right direction in the midst of his other statements, with which we strongly differ as pro-lifers. But his words do point to the fact that a strong majority of Americans want some limits on abortion. (On a related note, I believe that if Americans were asked if the states should make their own abortion laws, thereby representing the will of the people in each state, most Americans would agree with this. When they’re asked if Roe should be overturned, most say no, but in my opinion, it’s because they think that would mean a national ban on abortion.)

As for Bill Maher, he said on his Real Time broadcast on May 5, “This whole [expletive] argument about, well, it’s settled law, so was segregation. Plessy v. Ferguson was settled law in 1896 and thank God somebody said, let’s unsettle it. So, it’s not — that’s a [expletive] argument. It’s what you think, if you like babies, then you’re pro-life, and if you like women, you’re pro-choice. I like women.”

So, even Maher recognizes that, if your emphasis is on the wellbeing of the baby, then you’ll be pro-life.

He added, “I just — I feel like…abortion is unique. It is. Because people either — you just have this view that it’s murder — I could put the argument on a hat when people talk about a woman’s right, murder isn’t a right. If you think it’s murder — I don’t — again, crazy me.”

At the least, using his logic (and quoting him directly), we can ask, “So, what do you think about what he said? What if you really believe there’s a little baby in there? Would that affect your viewpoint?”

Again, there’s nothing new in these arguments at all, nor do they provide unique insights into the controversies surrounding abortion.

But they do remind us that plenty of non-religious people recognize the complexity of abortion and that more and more Americans recognize that the standard pro-abortion talking points are not aging well.

The post Pro-Abortion Arguments Really Rickety When Even Bill Maher, Joe Rogan Shoot Them Down appeared first on DailySurge.