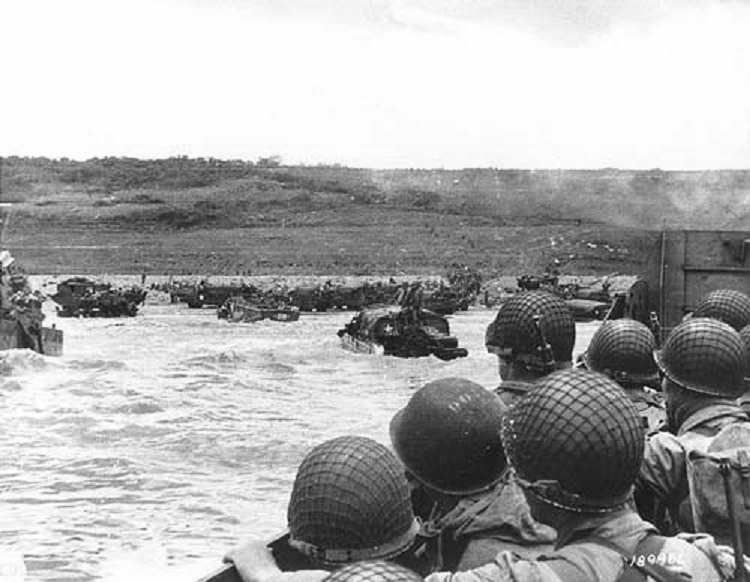 Surge Summary: If Roe v. Wade is overturned and the battle over abortion transfers to America’s state legislatures, more than ever godly people will need to engage the culture and speak up for truth in the public square.

On December 14, 2016, former Speaker Newt Gingrich gave a noteworthy address at the National Defense University [NDU], an institution of higher learning funded by the U.S. Department of Defense to facilitate high-level education, training, and professional development of national security leaders. NDU operates under the guidance of the Chairman of the Joint Chiefs of Staff.

“The greatest challenge facing America is not money,” Speaker Gingrich noted, “but thinking. You have to get it in your head, the current system is broken.” Then using the Allied invasion at Normandy on June 6, 1944, as an example of the magnitude of the lift required that would reestablish the Judeo-Christian foundation and Biblically based culture established by the American Founders, he said: “Eisenhower had concluded that we could not afford to be pushed off the beach, that this was the one great opportunity to liberate Europe and that we would not have the nerve to try again if it failed. If you look at the planning for Normandy, it is this, only an American system at its peak could have done this.”

In this context we may wonder what would be required to expunge secular humanism’s pernicious ideology from the warp and woof of the American culture. In view of the fact that secularism’s underpinnings are every bit as destructive as Nazism’s ‘Weltanschauung’ [worldview], whose doctrinal creed and cultish convictions effectively destroyed the Germany of 1933-1945, it would unquestionably demand an American Christendom operating at its peak.

With that as background, Evangelicals ought to think through what’s coming soon to their own surroundings and prospects. Specifically, with the U.S. Supreme Court looking as if it may overturn Roe vs. Wade in the Dobbs vs. Jackson case, tremendous pressure will now be applied to state legislators and courts. The battle over snuffing out the lives of children in utero will move from the Judiciary to the Legislative Branch of government, hence to a place where success or failure is determined by grassroots, precinct-level organizing.

Christians will have to take their Civics game therefore to a whole new level. Somebody’s values are going to reign supreme in the public square. If Evangelical and Pro-Life Catholic Christians stay home from the voting booth – in a presidential year no less than half of all Christians unfortunately refrain from being registered and voting – then those “who speak perverse things, who leave the paths of uprightness to walk in the way of darkness, those who rejoice [Heb. positively enjoy it] in doing evil, and delight in the perversity of the wicked; whose ways are crooked, and who are devious in their paths” [Proverbs 2:12-15] will elect their candidates to public office, who then create and pass legislation involving profane precepts and moral obfuscation, bringing about anarchy as its “natural consequence and fitting punishment”1 to a spiritually apathetic nation.

When we just combine the U.S. Supreme Court case Dobbs v. Jackson Women’s Health Organization with the crisis in public schools – with 50% of most state budgets allocated to K-12 public education – and add to this the odious censorship of free speech by Big Tech, Big Pharma, Big Media, we’ll understand how the lack of Christian involvement and influence in our nation’s ins and outs is leading to a “two and a half front war” being fought house-to-house in America’s public square.

With a disproportionate number of schoolboard members nationwide largely shaped ideologically over the last decades by cultural Marxism, wokeism, and Critical Race Theory, and with government education bureaucrats preaching “tolerance and inclusion” while exalting and normalizing homosexuality, transgenderism, sexploitation, and consensual sex outside of parental knowledge and authorization2 there is no escaping the debauched dross passed off as public education: “How Do You Know if Someone Wants to Have Sex with You?” www.youtube.com/watch?v=qNN3nAevQKY

This seems the perfect place to add the disclaimer that there’s nothing inherently good or bad about the Democrat Party or the Republican Party. Both are just holding vessels housing like-minded constituents. Yet, Evangelical and Pro-Life Catholic Christians almost certainly will not be or feel at home in a Party advocating abortion, euthanasia, same-sex marriage, coercive redistribution of wealth, and similar ‘progressive’ stereotypical statutes imposed and codified into law by humanistic secularists.

Reestablishing prayer in America’s churches is of critical importance, along with recognizing that human agency will play a substantive role if we are to pull out of the ongoing tailspin. It’s not enough for the Lord to call Gideons and Rahabs to the public square; they must answer the call. “Abraham’s feet did the walking, the grace of God does not replace human effort.”3

Speaker Gingrich asked three questions during his presentation at our nation’s premier joint professional military education institution: “What does the country have to do to survive? How would you explain it so the American people would give you permission to do it? If they gave you permission, how would you implement it?”

America’s capital cities and cultural levers of influence are nearly all in the hands of idolatrous progressives. Public schools have been turned into secularism’s houses of worship, meeting five days a week, eight hours a day, where secular profane tenets are foisted upon our children and where educators instill feral values in America’s youth in pursuance and obedience to their unhallowed gods.

Too many church leaders today have problems dealing with rather simple matters such as the difference between male and female, the meaning of marriage, and whether defenseless babies deserve the right to live.4 It should thus not come as a surprise that Jehovah God is silent in America’s public square. The Lord will give no direct or special revelation of Himself to those who are on the path of rebellion and disobedience.

Consequently, if America is to spiritually resurrect, each and every church in America should have a pastor, elder, deacon, or congregant running for local office in 2022, 2024, 2026, and thereafter.