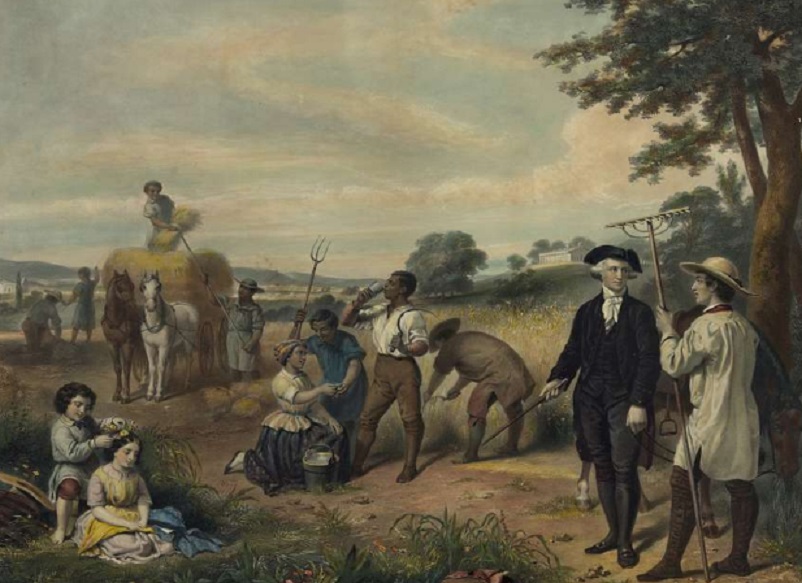 Surge Summary: Those today who condemn George Washington have little understanding of history and scant appreciation of the contributions of men like him toward the eradication of the slave trade in the United States and elsewhere in the world.

First, they came for the George Washington mural in a school in San Francisco—because our first president had been a slaveowner.

Later they came for his name on the same school, and as of last count, the name survived.

Then, they came for the statues of the father of our country during the summer of statue-toppling.

Now, the left wants to strip his name from his eponymous university.

Commentator Nick Nolte (not the actor) notes that The Washington Post, named after you-know-who, has published the opinion of a student at George Washington University, which is in the city of you-know-who, District of Columbia.

That student even wants Winston Churchill’s name removed from the library.

This is just another indication of how the left is at war with Western Civilization. If we continue down this path, there would be virtually nothing left of the great traditions of freedom and flourishing that the West has enjoyed, primarily because of our Judeo-Christian tradition.

Alas, many don’t know who Wilberforce was. But he was a great Christian statesman who served as a long-time Member of Parliament. With a team of colleagues and friends, he bitterly fought against slavery in the British Empire—and succeeded.

It took him more than half a century to accomplish this. And he did in two stages. First, he fought against the slave trade itself. This stopped British ships from going to Africa, paying for slaves from Muslim slave-traders, who got them from other conquering African tribes.

Step one stopped the bleeding. Although they get virtually no credit for it, the founding fathers of America beat Britain in passing a law to stop the importation of slaves. As part of the original Constitution, they stipulated that in 20 years (1808) from the document being ratified (1788), there would be no more importation of slaves into the United States.

Historian, retired professor, and bestselling author Dr. Paul L. Maier noted in our D. James Kennedy Ministries television special, What If Jesus Had Never Been Born? that Wilberforce’s successful crusade helped ultimately lead to the end of slavery in America.

Maier says, “And then we also in our country on the basis of Christian principles, Abraham Lincoln and others, were able to do the same thing.”

William Wilberforce was one of history’s greatest heroes. And, again, this humanitarian leader was called “the George Washington of Humanity.”

What does that say about George Washington? That speaks volumes of our first president. He helped give birth to a nation that stands for freedom, under God. The Constitution he helped create had within it the seeds to one day overthrow the evil of slavery. And it happened.

Keep in mind a few facts about the father of our country. Washington voluntarily served his country when called on, relying on God to help him throughout.

Dr. Peter Lillback and I wrote a book many years ago about the faith of our first president, George Washington’s Sacred Fire.

Lillback, the founding president of Providence Forum (for which I now serve as executive director), notes that Washington was a fourth-generation Virginia gentleman farmer. Slavery was built into that system. Washington inherited slaves by birth and later by marriage.

When he died, Washington freed his slaves and made provision for them.

Both Washington and Wilberforce saw Jesus Christ as the ultimate hero.

George Washington said in a famous letter that what America needs most is to imitate Jesus, “the Divine Author of our Blessed Religion.” If we don’t, he warned, we can never hope to be a “happy nation.”

The Marxist iconoclasts of today, such as the triggered student at George Washington University, or the editors at the Washington Post, who promulgated such ideas to a wider audience, have no appreciation for the sacrificial contributions of those who went before us, that we might be free.

First, they came to remove Washington murals, then topple his statues. Now they want to rename the university named in his honor. What’s next? A call to rename our nation’s capital?