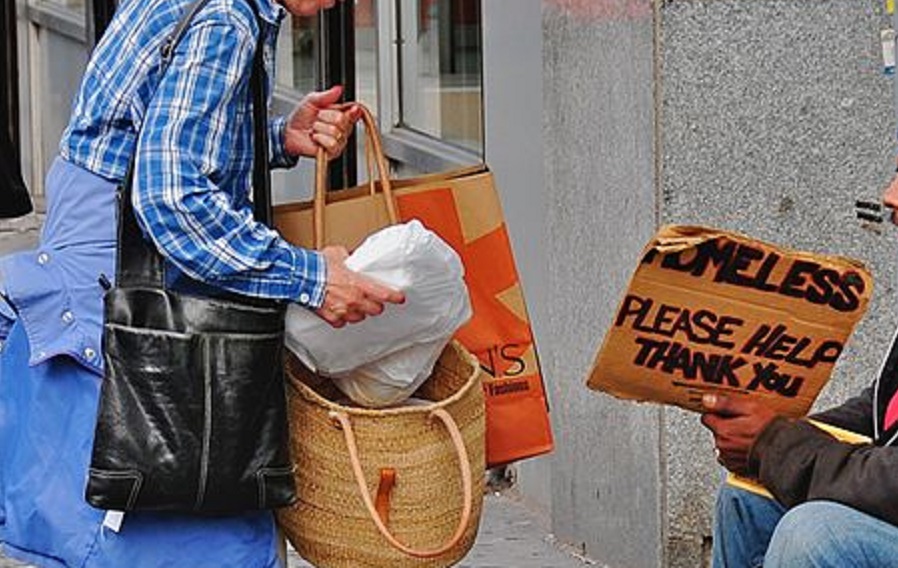 Surge Summary: America’s current welfare system is hurting those it claims to help and taking advantage of those who want to help the genuinely needy.

“This is not doing unto others as they would have them do unto themselves.”

First off, I would say that by no means am I saying that there are not people that do need our help. There are legitimate poor people in this country, no doubt (Galatians 2:10).

Let’s start with the welfare system.  We have been looking at a system strategy that was created by two persons that has been titled “Cloward Piven,” which was created to produce an economic disaster. Prior to Cloward-Piven, the government back in 1935, in the middle of the depression, set up a system of welfare in which the government illegally steals from those who work to give to those that do not work (2 Thessalonians 3:10).

There are now 59 million government dependents.  For whom do you think those 59 million people will vote?

So, how poor is America?

This video is of a man who was a committed Marxist who was raised up in Puerto Rico and came here to help destroy America from within. When he came to America, he converted to America’s ideals and began to expose the enemy within. What he noticed was the victim and entitlement mentality of the “poor” that was destroying this country.

“Blessed poverty, give me more.”

Now, to those who are capitalizing off the goodness of the people in this country…

How often can you see across America on a street corner, under a bridge, on a highway overpass, or in front of a store, a poor person with a sign asking for charity from people who can lend a helping hand in a time of need?  They hold signs stating, “Homeless and Hungry,” “Have no food or money,” etc.

I have also noticed that these poor people, almost without fail, have a cigarette hanging out of their mouths (a pack of cigarettes is $5.95), a bottle of booze (a cheap bottle is around $10) in a little brown paper bag, or lottery tickets in their hands.

Not too long ago, in the state of Minnesota, a news outlet did a piece concerning the poor that were out on the streets and found that these people were making up to $400-$600 dollars a day. Not bad for a poor person’s day of working the sympathies of the American people.

Now, friends, do not get me wrong here. I have, on a personal level, helped those who were broke and homeless on a couple of occasions. I understand from personal experience their plight due to the fact that I was a welfare kid. I hated it so much that I just needed a little push in the right direction in the hopes of having never to return to the slough of despond (Psalm 37:25).

But what is offensive here is that they all the while know what they are doing.

In conclusion: We must be aware of what it is that the government is illegally doing, along with what those are doing that are pulling on the heart strings of the people that work.

Yes, it is more blessed to give than receive (Acts 20:35), but just make sure that to whom you are blessing really needs it.