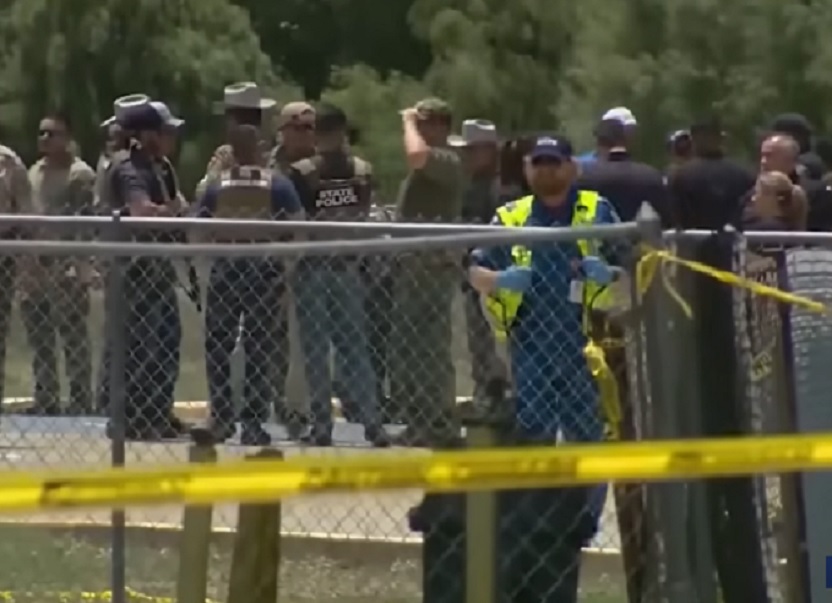 Surge Summary: The Uvalde atrocity affirms America’s problem is not one of firearms but of the nation’s abandonment of basic truths – sound households, a focus on God — which are shaping people into something other than what the Creator intended.

Uvalde – one wonders whether most people would even know how to pronounce the city’s name if they hadn’t heard it so often in the news media lately. Uvalde, Texas, the place where nineteen elementary school children and their two teachers were corralled in a classroom and ruthlessly shot like fish in a barrel. Uvalde will forever be etched on the national consciousness.

Are we this short-sighted? Are we to believe this unbelievably tragic circumstance happened because too many guns are available? The evidence doesn’t support the assertion.

When the first sin was committed in the Garden of Eden, and God confronted Adam and Eve, Adam blamed his wife, while Eve blamed the serpent. More often than we realize, this is our response to evil. It’s always the fault of someone or something else. However, wickedness is borne out of our personal choices, and sometimes we share the blame.

Out of the twelve deadliest mass school shootings in America since Columbine, seven of the shooters were teenagers. Salvador Ramos, the gunman in Uvalde, was only 18 years old. For heaven’s sake, what is making murderers of our youth? They kill authority figures, their peers, and little children.

According to the Chicago Tribune, gun violence in their city is multiplying, and gang shootouts fuel it. In 2021, 791 people were killed, 745 by gunfire, 649 of the victims were black, and 108 of the casualties were shockingly under 19.

In a lecture at Hillsdale College in February of this year, Matt Rosenberg, a journalist who has worked for the Chicago Sun-Times, talked about the escalation of violent crime in Chicago. He explained what’s at the heart of the crisis:

“Chicago politicians, like city politicians elsewhere [and we could legitimately add Washington, D.C.], too often blame ‘gun violence’ for the city’s murder epidemic, as if guns shoot themselves. Chicago police, to their credit, took more than 12,000 illegal guns off the streets in 2021 alone. But the supply is endless and now includes ‘ghost guns’ – guns without serial numbers made from mail-order parts. The vast majority of Chicago residents are law-abiding, and they should be able to defend themselves with legally obtained firearms.

“In addition to legal reforms and improved policing, it’s time to stop making excuses for what one brave Chicago alderman, Ray Lopez, has called ‘the borderline collapse of the family unit in many neighborhoods’ and the effects of ‘generational gang life.’ Political leaders need to stop walking on eggshells when it comes to talking about the breakdown of the nuclear family in low-income black communities. Young men need fathers – without fathers, they flounder.

“According to City of Chicago data, every year from 1999 to 2009, more than 80 percent of all black women who gave birth were single. Among Latinos, that figure rose from 45 to 55 percent during that period, while for whites and Asians, the numbers were dramatically lower.

This is no novel revelation! It’s something old-fashioned, God-fearing Bible believers have been saying for a few generations now. The breakdown of the traditional family is resulting in an upsurge of malevolent, murderous misconduct.

There’s something else contributing to this predicament – it’s the teaching and embracing of evolutionary thought.

Richard J. Hutchinson, a religious author, has noted that if we are no more than what Marquis de Sade contended, “[m]iserbale creatures thrown for a moment on the surface of this pile of mud [called earth], that we are nothing more than a chemical accident – random, effervescent bubbles of consciousness in a cold and indifferent universe,” then it becomes incredibly difficult to believe that human life is inherently sacred or that human beings have rights that are anything more than social convention.

Evolution excludes God as a part of the equation. No Creator. No Providence. No law applies to everyone and everywhere. No accountability. No promise of justice. No heaven. No hell. We are no more than another form of animal life, only lucky enough to be at the top of the chain. If evolution is pervasive in modern thinking, which it is, why are we surprised when adolescents act like brute beasts?

Nothing has poisoned the well of the mind as much as evolutionary belief.

Recently, I discovered in one of the many old, out-of-print religious books in my library an account written by Rev. David A. Gregg of a parable penned by Christmas Evans, one of Great Britain’s most renowned Baptist ministers.

In Jesus’ parable, a man once possessed was delivered from an unclean spirit, and the man was freed from the evil spirit’s influence.

Consequently, the evil spirit began searching for someone else to inhabit. When he could find no one, he ultimately returned to the same man he possessed previously and found him unoccupied. The spirit then found seven other spirits worse than himself, and they entered the man together. Unfortunately, the final state of the man was worse than the first.

Evan’s parable follows the outcast spirit during his wanderings. He says that as the unclean spirit was traveling down a highway, he saw a young boy plowing a field. The spirit said, “Ah, here is a human house into which I may enter and live. I will go and possess that lad. I will take the power of his youth, and I will make it a power for wickedness. I will use every faculty of his in the work of advancing crime. But as he drew near to enter the young boy’s soul, he heard him singing a Psalm, which the members of his family sang together during worship. Not liking what he heard, which filled the boy’s heart, the unclean spirit determined: “This place is too dry for me: I must go elsewhere.”

Later the unclean spirit saw a pretty young schoolgirl on her way to class. “Ah.” said the evil spirit coveting her, “I will work through her; I’ll creep to her side and whisper an evil thought that will set her soul on fire and turn her into a beautiful tempter. Mighty for evil she will ever be.” But as he drew near, he found her with an open Bible in her hand, memorizing Psalm 144, which says: “Set me free and rescue me from the grasp of foreigners, whose mouths speak falsehood, whose right hands are deceitful. Then our sons will be like plants nurtured in their youth, our daughters like corner pillars carved to adorn a palace.” Rebounding as though he had struck one of the shields of God, the unclean spirit said: “There is no room for me here: I must look elsewhere to take up residence.”

When he could find nowhere to go, the evil spirit returned to the man from whence he came and found him empty. He then brought other evil spirits and they entered the man and determined never to leave him. Therefore, the man’s situation was worse than ever.

Anyone who knows American history will acknowledge this nation was delivered from tyranny and its many accomplices, literally and spiritually, and has enjoyed freedom like none other. But having sinned against the truth and rejected the Gospel of Christ and the Word of God in more recent times, the soul of this nation is found untenanted. Unclean spirits are filling the vacuum and subjecting us to powerful constraints of mind and soul from which we may never recover – greater than any cruelty we have ever faced.

Removing firearms won’t improve our climate of violence. It will only make us more vulnerable to worse forms of carnage and bloodshed.

Instead, we must turn again to Christ. We must return to the Bible. We must go back to faithful churches for worship and be taught the precepts of Scripture. Husbands and wives must shun divorce, love one another again, and earnestly work through their differences. Sexual immorality must be spurned. Children must be welcomed, adored, taught, and disciplined to love God with all their hearts and their neighbor as themselves.

It’s the only way we can be confident the generations which come after us may be happy, fulfilled, prosperous, free, protected, and at peace.

If you think it is terrible now, wait and see what lies ahead if we don’t return to God. We are witnessing the first fruits of a culture that has been morally on the downslide for a few generations.

Dr. Mark H. Creech is the Executive Director of the Christian Action League of NC