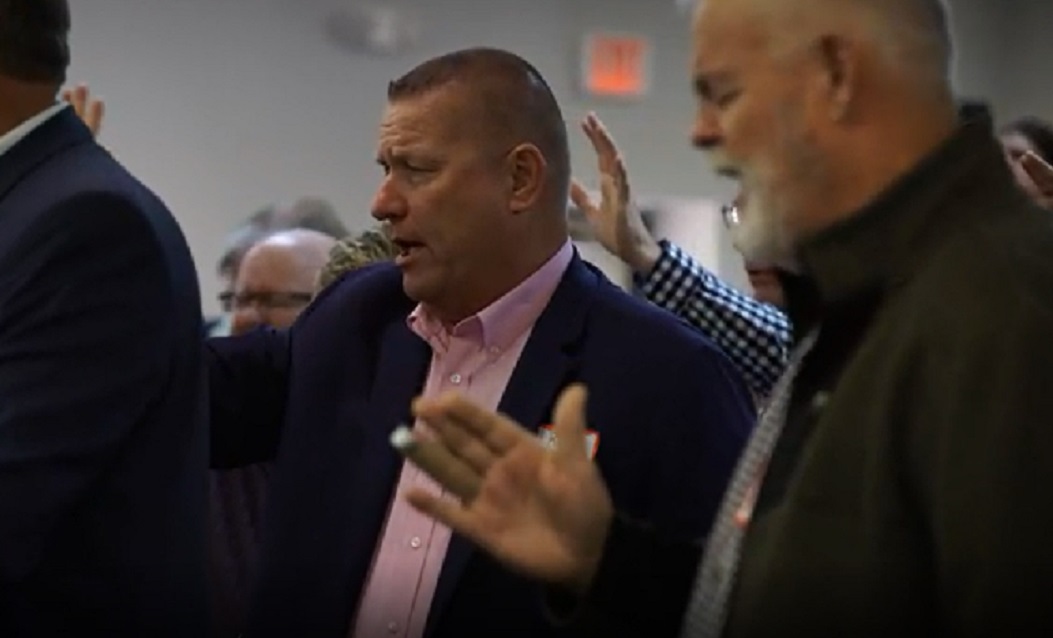 Surge Summary: The situation in North Carolina is beginning to model what can happen when Christian leaders, including pastors, aim at promoting biblical values by running for elected office.

In April 2014, Jerry Falwell Jr. called me saying he was in a bind. Liberty University’s graduation was scheduled for Saturday, May 10, and he needed a commencement speaker. I asked, “What about Louisiana Governor Bobby Jindal?” Jerry said, “You think he‘ll do it?” I replied, “I don’t know his schedule, but if he’s available I expect that he will.”

At the time Governor Jindal was considering running in the presidential election of 2016. The first four Republican presidential primary states then were Iowa, New Hampshire, South Carolina and Nevada. With religious leaders and the possibility of the national press being present, accepting the invitation to speak at Liberty was a no-brainer for Governor Jindal. Once he was confirmed as commencement speaker, we invited Iowa and South Carolina pastors to Lynchburg, Virginia, for a Friday evening dinner with Governor Jindal before graduation on Saturday.

On Friday evening in Lynchburg, Liberty University sent a bus to transport the 40 Iowa and South Carolina pastors to the Governor Jindal dinner. The last person to board was Washington Post reporter Tom Hamburger. I introduced Tom as he stepped up on the bus: “This is Tom Hamburger, he’s a friend of mine, and Jewish. Tom doesn’t throw bouquets, that’s not his job, but he’s honorable and here to do a story on Governor Jindal. He’ll be with us the next day and a half and if you don’t want to be quoted simply say so, and you won’t be quoted.”

Seven years later, on October 25, 2021, when we had just finished a Statesville, NC pastors luncheon featuring NC Lt. Governor Mark Robinson, that same Tom Hamburger called to say that he was connecting me to Whitney Shefte, a reporter also with the Washington Post. He said, “The Washington Post is really interested in what’s going on in North Carolina with the pastors’ events.”

That evening I spoke with Whitney, arranging a conference call with her and our Team to further discern if a story was something we needed. Having been run over by the Mass Media before, I have learned that discretion is the better part of valor. Or as Frog Koger from West Texas once taught me, “There’s no education in the second kick of a mule.”

Our team decided that we were dealing with people of character, so we went along with the plan. On November 1, Whitney Shefte and Whitney Leaming filmed our Willow Springs, NC, event, and on November 29, they filmed our campaign school in Asheboro, North Carolina.

Like Tom Hamburger, both Whitneys didn’t throw bouquets in their reporting but rendered a piece similar to what a healthy, independent press once delivered to the American public for centuries … just the news, no more, no less.

Last Thursday, Charisma News reported on the North Carolina pastors moving into the public square with the Headline: 50 Pastors Run for Local Office in North Carolina to ‘Restore Righteousness’ in Public Square.

“Pastor McGill was recruited and trained by the American Renewal Project, a group that aims to ‘restore righteousness in the public square’.

“There’s no such thing as the separation of church and state. The First Amendment is to keep the state out of the church, says Lane. ‘My goal is to restore America to our Judeo-Christian heritage and reestablish a Biblically based culture.’

“To motivate pastors to run, Lane has enlisted North Carolina’s Lieutenant Governor Mark Robinson. Robinson is known for calling it ‘filth’ to teach homosexuality and transsexuality in schools. Some lawmakers on the Left have even called for his resignation. He responded, ‘I feel compelled to say that word, ‘filth’, because we have a filth problem in this country right now.’

“Lane believes the key to ‘restore righteousness in the public square’ is winning local elections first. ‘We’re interested in the local races because that’s gonna be where the magic begins,’ he says. ‘They don’t need to be running for Congress or governor or U.S. Senate. They need to start out [with] city council, county commissioner, schoolboard if they’re going to be effective.’

“When Lt. Gov. Mark Robinson addressed the pastors at a recent meeting, he said, ‘It’s time for us to start standing up like John the Baptist, ready to give our heads for the causes of this glorious freedom that God has given us.’ Then he asked, ‘You gonna join in the fight? Or you gonna sit in the foxhole shaking in your shoes?’ www.charismanews.com/culture/89209-50-pastors-run-for-local-office-in-north-carolina-to-restore-righteousness-in-public-square