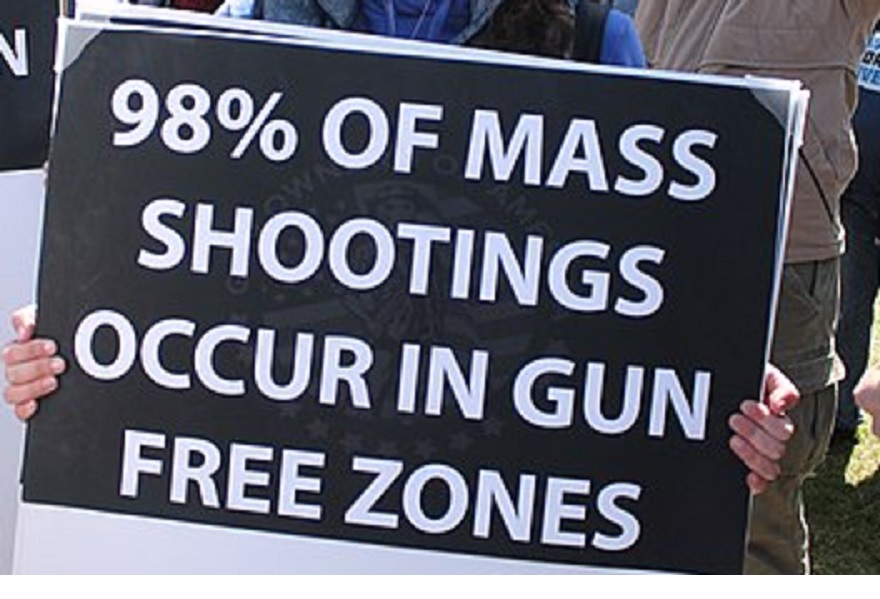 Surge Summary: The bloody shooting at a Uvalde, TX elementary school reminds us if we want to minimize these kinds of atrocities in America, reforms ARE needed – but taking away firearms from law-abiding citizens isn’t one of them.

Uvalde, Texas, is draped in dreary, black crepe as city funeral homes struggle to schedule somber funerals for 19 children and two adults. Numerous families weep at the unnecessary, useless, and almost unbelievable loss of so many children and adults.

I want to know how an unemployed school dropout got about $5,000 to purchase two “assault rifles.” Furthermore, I want to know why it took 150 law enforcement officers about an hour before anyone entered the school and took down the shooter.

According to the Washington Post, the killer had shot his grandmother in the face, then wrecked her truck near the elementary school and shot at two people near a funeral home across the street. He arrived at the school at 11:28 a.m. According to the Washington Examiner, he carried a “semi-automatic rifle and ‘encountered’ a school district security officer, but it’s not clear whether they exchanged gunfire” as he entered the unlocked school at 11:40. [Editor: it has since been revealed the shooter did not encounter a security officer upon entering the school.] Entering the building, the killer shot and wounded two Uvalde police officers as they approached the building. The carnage with the children began at about 11:45. Border patrol agents arrived at 12.45, and at 1:06, the school dropout was killed.

Numerous police officers had stood outside the school for at least 40 minutes after the gunman entered the school, causing dismay and anger in many parents who asked police officials why they did not charge the classroom. According to a Facebook video recorded by a witness and verified by the Washington Post, a group of adults began yelling at officers just before noon to let them inside since the police refused to enter the school and arrest the suspected shooter.

Border Patrol agents could not enter the classroom until a staff member opened the door with a key, a law enforcement official told the Associated Press. I think there was enough gun power there to shoot down or at least knock down any door. With 150 officers there, they could have easily gained entrance to any room. But the 150 officers were seen holding down parents who wanted to charge the school, but cops told them, “We’re taking care of it.” It took an hour for police to announce a Border Patrol team had killed the killer.

At 1:06, 21 people were dead, many wounded, and the killer was blasted into eternity.

Finally, after about 40 minutes.

One would be a callous monster not to be horrified at the event; however, unprincipled politicians, as usual, use the tragedy to promote their agenda, which is not safety but control of honest people. Decent people don’t kill innocent people. Bad, evil, wicked, deranged, selfish, angry, and despondent people kill with abandon.

And people taking a huge variety of legal and illegal drugs, including cannabis.

Many vacuous, vicious, and vile young people look for 15 minutes of fame on social media. If a state publicly executed one of those youth, others might get the message: if they drive a car or purchase a gun, they are astute enough to be held accountable for their actions.

My critics will suggest it is barbarous for a state to execute a teen and even more barbarous to do so publicly. Fine, then stop complaining and live with the barbarism as we have for 20 years.

The very liberal Mother Jones magazine sponsored a gun study revealing that two-thirds of mass killings since 1980 were committed by the “mentally unstable.” When such a person kills others, a court would have to decide the degree of culpability to decide the legal path to follow.

In addition to most mass killers being mentally unstable, gun-free zones almost invite killers to make the zones the target of their dastardly deeds. A killer is not necessarily an idiot, and of course, he will seek the softest target. Get rid of gun-free zones. It would be wise for schools, churches, malls, and corporations to announce they are gun-friendly, not gun-free.

If every gun in America could be confiscated and stored in a secure location, that would help alleviate most of the problems—except for being illegal, insane, and impossible. And then they would confiscate kitchen knives, meat cleavers, tomahawks, and swords as Australia has done. However, that can never happen, and any stupid politician or group of politicians attempting such a move would cause a bloodbath.

I am weary of hearing radical leftists whine about how guns corrupt young people and are a deadly threat to everyone, especially those in schools. However, the problem is not with guns but with people. Some woke parents are horrified to see their small children playing with guns and “shooting” each other. Has the world gone insane? I grew up “shooting” other kids. I shot them with wooden guns, cap pistols, sticks, and even my finger! I never considered getting my dad’s shotgun or .38 revolver and actually shooting anyone.

Gun safety and shooting were taught by the Boy Scouts and many public schools without any known cases of shootings.

I believe the world has gone nuts. Don’t the “experts” know that girls like playing house with dolls and miniature furniture and boys like to be more aggressive and play with guns? Males are more aggressive because of their God-given nature as a protector of the family. Kids should grow up with knowledge of guns and have experience handling them.

I am weary of gutless politicians, even “conservative” Republicans, who are so uninformed or desirable of liberal approval that they cannot defend the ownership and use of guns.

To suggest that the Constitution refers only to an organized military organization is an abdication of reality. The “militia” of the Second Amendment was simply thousands of farmers with a gun over the fireplace. The Second Amendment is there to protect us against the tyranny of government. Our founding fathers were well aware of the government’s propensity to evolve into tyranny, and they knew a well-armed citizenry mitigated that possibility.

As knees begin to jerk all across America (left ones, of course), let me clearly say that our founding fathers knew what might someday be required: our government could eventually become so despotic that citizens must do what they did in 1775! Yes, it could be that Americans might have to defend themselves against their government, and that could only be possible if those Americans were armed! That is the reason that politicians constantly whine about guns.

Despotic government must always be fearful of alert, alarmed, and armed citizens.

Radical leftists’ ultimate goal is to control people, not guns. Guns are the excuse. And their tears and jeremiads after school shootings are pure hypocrisy since they refuse to speak of the gun violence in major Democrat-controlled cities.

Guns are not evil, and only a fool or fanatic says they are. In fact, honest citizens use guns over two and a half million times per year to protect themselves against criminals determined to do them harm. Armed citizens kill about 3000 criminals each year, while the police kill about 1000.

I have never heard a gun controller (read: confiscator) tell me what they will do about the bad guys who will continue to have their guns when supine Americans are browbeaten into surrendering theirs. Does any sane person think the criminals will register or surrender their weapons? Since the police show up after a crime, each citizen is responsible for protecting his family.

So, what do I want to see? I would enforce present laws and keep violent felons in prison. People who are rebels against society should be separated from society, and that means throwing away the key for those who are incorrigible, violent crooks.

I would also like to see more guns in the hands of honest citizens! When the bad guys realize that the good guys are armed, they will be a little slower to act out their hostility.

When a shooting took place in a Mississippi school a few years ago, the assistant principal ran to his car, grabbed his gun (good thing the gun-grabbers didn’t get there first), and stopped a massacre. He should be commended, not criticized! Every school in America should have a couple of armed teachers or staff, and they should be paid a bonus for being protectors as well as educators.

A question for the gun-grabbers: Would it not have been desirable for one or more of the teachers at the Texas school to pull their guns and drop the killer before he killed so many innocent victims? Silence!

Moreover, every school should have only one public entrance with an armed guard at the door.

All sensible people would agree that fewer deaths would be preferable, but no one says the gun-grabbers are sane, sensible people. At least, I don’t. Gun-grabbers are fallacious, frivolous, fruity, foggy, fluttery, flushed, flimflamming, flagellating, feverish, frightful, frenzied, fraudulent, and foolish fascists.

For those educated in public schools, I am saying that gun-grabbers are fools, and intelligent people will not permit failed politicians to use a gut-wrenching tragedy to promote their leftist agenda of disarming Americans resulting in serfdom.

(Dr. Don Boys is a former member of the Indiana House of Representatives who ran a large Christian school in Indianapolis and wrote columns for USA Today for 8 years. Boys authored 20 books, the most recent, Reflections of a Lifetime Fundamentalist: No Reserves, No Retreats, No Regrets! The eBook is available at Amazon.com for $4.99. Other titles at www.cstnews.com. Follow him on Facebook at Don  Boys, Ph.D., and visit his blog. Send a request to DBoysphd@aol.com for a free subscription to his articles and click here to support  his work with a donation.)