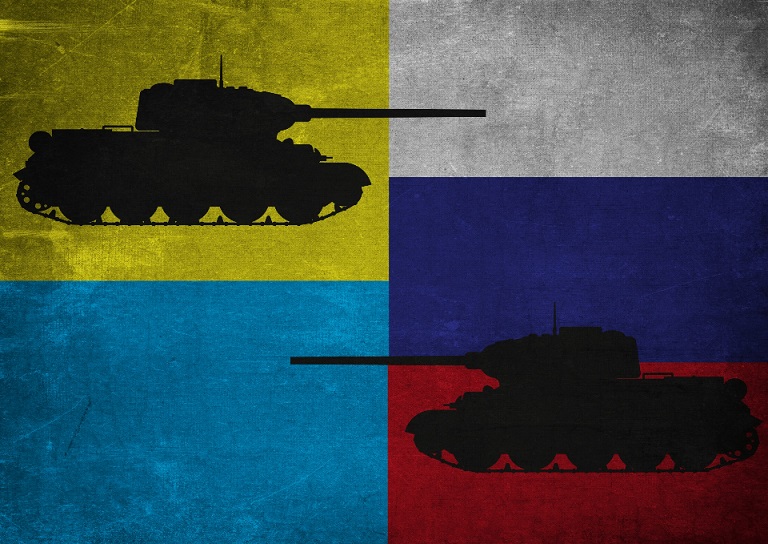 He has also been a rather provocative commentator on foreign affairs. Mearsheimer first became a subject of notoriety when he explained why we would “miss the Cold War.” When that piece was written, there was plenty of guffawing. The West had just declared victory in the Cold War, and here was an obscure academic essentially tossing a wet blanket on the celebration. Nevertheless, the thesis and many of the predictions in the piece wound up being spot on. Moreover, Mearsheimer became famous (or infamous) for arguing in the 1990s that the Ukraine should be permitted to keep its nuclear weapons in a post-Soviet, post-Cold War world as a check on a resurgent Russia that might someday become aggressive. Ukraine might badly need those nukes as a deterrent.

Today, Mearsheimer’s analysis of the Ukrainian crisis has garnered a fresh helping of notoriety. For example, a June lecture version of the article is nearing two million views on YouTube. What’s the big deal?

You need look no further than the title of the article: “John Mearsheimer on Why the West is Principally Responsible for the Ukrainian crisis.”

There it is. A thumb in the eye of Western foreign policy establishment elites spanning eras, countries, and parties. The definition of controversial.

Now, the title is certainly part click bait, and Mearsheimer dutifully qualifies his thesis. But the core argument is unmistakable:  the West, and the United States in particular, provoked and therefore caused Russian aggression in Ukraine. This, itself, helps explain much of the controversy. But we should also examine Mearsheimer’s assessment because of the questions it raises about the value of realist theories in understanding contemporary world affairs.

Here’s a basic outline of the argument:

First, through spring 2008, Vladimir Putin had consistently and repeatedly signaled a willingness to allow Ukraine to be independent as long as it remained neutral vis-à-vis the West. Second, implied throughout Mearsheimer’s argument is a completely non-controversial realist assumption: it was and is clearly in Russia’s national security interest to demand and expect Ukrainian neutrality. Therefore, any actions obviously aimed at bringing Ukraine closer to the West or, worse, into NATO, would necessarily be viewed by Russia as an existential threat.

This is exactly what happened, starting in earnest with the April 2008 NATO summit in Bucharest, continuing with many subsequent moves to bring Ukraine closer to the EU and make Ukraine a pro-American democracy. This was followed more recently by a series of steps that made Ukraine a near de facto member of NATO, including U.S. and NATO supplied weapons, the training of Ukrainian forces, multiple joint military exercises and more.

Realism holds that states are perpetually fearful for their security and therefore tend toward competition and conflict. States, being rational actors, have no choice but to act to ensure their survival.

According to Mearsheimer, such calculations fully explain why Russia took Crimea in 2014 and then launched a much broader invasion of Ukraine in February 2022. The West, led by successive U.S. administrations, “recklessly” sought EU and NATO expansion, and thereby needlessly provoked the Ukrainian crisis.

The thesis, though elegant, is not without problems and troubling implications. Mearsheimer offers this qualification: “Putin started the war and is responsible for how it is being waged. But why he did so is another matter.” In other words, the West’s narrative that Putin is just an out-of-touch madman is false. Instead, Putin’s overarching motivations are perfectly rational, even though his methods may not be. But how can the essential motivation be rational but not its outward manifestations? Is Putin a rational actor or not? At what point do presumably non-rational methods undermine, contradict, or call into question the rational ends?

Secondly, Mearsheimer’s thesis leaves the impression that realist expectations of rational, security-seeking action apply to Russia, but not to the West. But what definition of the security motive disqualifies the West’s goals of ensuring that Ukraine is not brought back into a Soviet-style orbit? If the West’s actions over two decades haven’t been the result of rational security calculations, what explanations are left? Miscalculation? Corruption? Evil?

Mearsheimer is obviously outraged that the Western powers challenged Putin in the ways that they did. But his attempt to use realist IR theory to give Putin mostly a pass on the causes of the Ukrainian crisis doesn’t quite stand up to scrutiny.

Is the West principally responsible for the Ukrainian crisis? Western provocation arguably did help occasion the Ukrainian crisis. But if these provocations were simply in pursuit of rational, realist aims, it’s the very structure of contemporary international relations that is the underlying cause of the crisis, not one side or the other.

Yes, this is a gloomy conclusion. But it’s one that arguably follows more faithfully from the realist paradigm than Mearsheimer’s assessment.

Dr. R.B.A. Di Muccio is a guest commentator for the Institute for Faith and Freedom at Grove City College. A former assistant professor and chair of the international relations program in the Political Science Department at the University of Florida, he is now vice president of research and advisory services for a global business advisory firm. He received his Ph.D. in international relations from the University of Southern California.

The post Really? IR Scholar Charges West Is Responsible for Ukrainian Crisis? Hold on a Minute … appeared first on DailySurge.