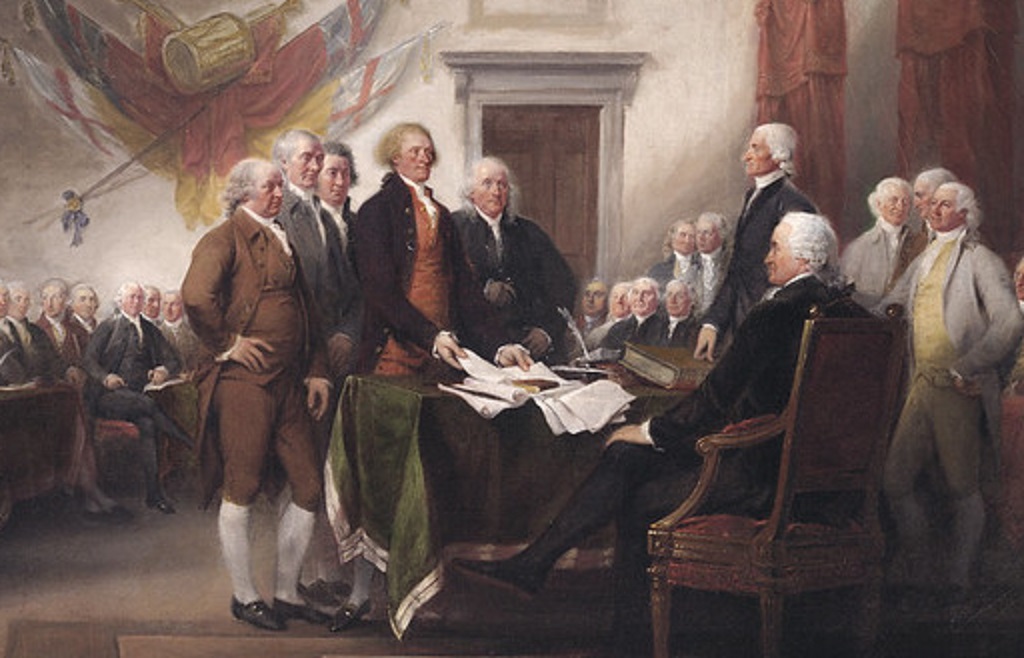 Surge Summary: The secularizing of American education has exacted a hideous price from society and culture. The nation’s Founders recognized that true freedom and sound education need to be rooted in the fear of God and acknowledgment of His principles of life. America must return to that recognition.

In June, we wrote of our experience at Harvard Law School graduation where New Zealand Prime Minister Jacinda Ardern’s commencement address sounded much more like an expository sermon advancing religious secularism than a keynote address befitting a college commencement.

This shouldn’t come as a surprise when keeping in mind that the last 3 or 4 generations of America’s youth have been instructed and schooled by secular collectivists and others of similar radically godless persuasion. It stands as further proof of the forlorn reality that the way of the wicked prevails over God’s authority and rule in present-day America.

Even more proof that secularism’s promoters and propagandists possess controlling influence over American education was provided some days ago. Our second son-in-law will be entering the University of Michigan Medical School [UMMS] this fall. He participated in the White Coat Ceremony, a wonderful tradition at UMMS in which incoming medical school matriculants are welcomed and given a lab coat and stethoscope as they begin their career in medicine.

Before the ceremony, we dropped by the men’s restroom and noticed upon departure a box of Tampax and Maxi Pads made available, gratis, to all male patrons. I stuffed a Tampax in my left suit pocket and a Maxi Pad in the right, as evidence, without forethought that a few hours later I’d be scurrying through airport security.

While operating under the pretensions of objectivity and scholarship, it will be clear that quite a different god is being exalted, worshipped, and implanted in America’s youth through public education. As two distinct religions vie for ideological supremacy and control of culture, American Christendom has entered its defining kairos, meaning it has been given the ability to read the signs of the times and to respond in faith.

Godless secularism declares that moral values, ethical standards, and positions of right and wrong are not absolute, but relative and dependent on man’s circumstances or personal beliefs. Abortion, homosexual intercourse and marriage, and transgenderism, in the secular view, pertain to the solemnly binding ordinances to be observed by all followers of the secularized State religion.

The various branches of biology were at one time grounded in observable and testable facts. This appears to be no longer the main objective of education and science. Education bureaucrats, colleges and universities now occupy themselves with giving false or misleading accounts of mankind’s nature, insisting on the existence of a wide array of different gender identities.

All of mankind is created in the image of God. Those who know and acknowledge Christ may call themselves children of God. Aside from presenting as the two sexes of male and female, it is an interesting fact that an emphasis in the construction of the human body seems to lie on pairs of two: two eyes, two ears, two nostrils, two tonsils, two breasts, two lungs, two kidneys, two arms, two legs, two gonads [different in male and female], two halves of the face or body, etc. There are no in-betweens, no half-this or half-thats, no transmutations of one kind into another.

Deuteronomy 10:16 delivers a warning to those teaching the opposite of God’s design. In the words of British Biblical scholar Peter C. Craigie [1938-1985] in his study on the Book of Deuteronomy: “Take care lest you become so open-minded that your heart is deceived, and you turn aside and serve other gods and bow down to worship them.”

This brings us to present-day America and the kairos at which Christian shepherds have arrived. If there is to be a spiritual resurrection of America, Christendom must move from inside the four walls of the building, the subculture created over the last century, into the public square. This needs to take place in obedience to Jesus’ ekklesia assignment in Matthew 16:18, to prevent that parishioners will continue to remain hidden “under a bushel” while a once great nation disintegrates.

Jesus Christ was very specific in His instruction to His disciples in John 20:21: “… as my Father has sent me, even so send I you.” [KJV] The disciples would not ascend to Heaven with Christ but were to remain behind in a hostile world that provides no rest or peace. The secret of His peace, as Jesus told them, was that of communion with the Father in separation from the world.

In his Genesis: A Commentary, the 2002 Christian Book of the Year, Dr. Bruce K. Waltke writes: “The serpent’s final defeat under Messiah’s heel [3:15] is delayed to effect God’s program of redemption through the promised offspring. In the interim, God leaves Satan to test the fidelity of each succeeding generation of the covenant people [Judges 2:22] and teach them to fight against untruth [Judges 3:2].”

In addition to Dr. Waltke’s revelation, we are to glean an important lesson from A.W. Pink’s excellent Gleanings in Joshua commentary: “Canaan was God’s free gift unto Israel, yet they had to fight for possession of it – let that be carefully pondered, and remember it was typical.” We should understand from this that we were left here to fight for a purpose.

America’s Founders placed the theological and epistemological foundation of education on Scripture for the one and only reason that the “fear of God is the beginning [Heb. ‘starting point’] of knowledge,” as Proverbs 1:7 rightfully declares. The Founders understood that sustaining freedom requires sound principles from which judgment and governance can be derived. Such a solid foundation was only to be found in the principles and laws of God.

Some centuries later, American Christendom, unfortunately, did little or nothing to interfere with secular attempts to turn civil government, the making, enforcement, and adjudication of laws, over to Satan and those in rebellion against God.

As we have reached our kairos, thanks be to God that Gideons and Rahabs are beginning to stand.

The post America’s Founders Recognized Basis for Freedom, Education Found Only in This … appeared first on DailySurge.