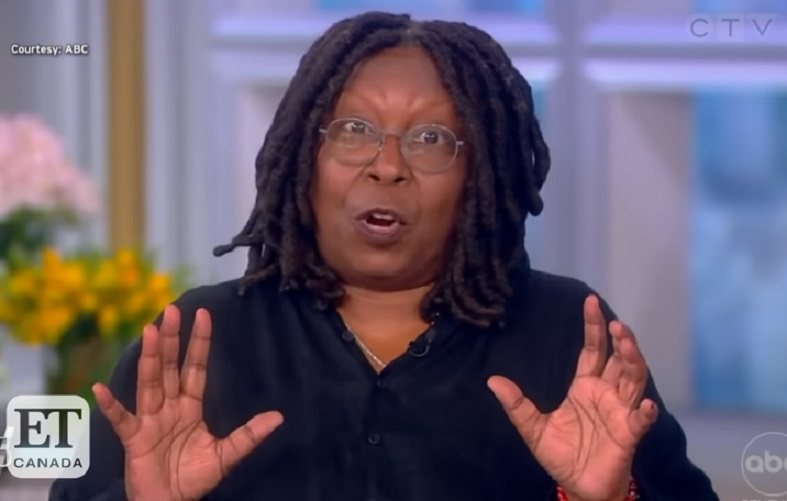 Surge Summary: Whoopi Goldberg, among others who try to justify the killing of unborn children, proves the ancient truth that resisting truth and clinging to wickedness is a sure path toward weak and shallow reasoning.

It’s unclear to me how Whoopi Goldberg snagged her reputation as some kind of reflective font of insight on current events.

Perhaps it’s because she’s unashamedly outspoken? Passionate about her convictions and willing to make them volubly known to any audience? (Some folks are impressed by table-pounders.)

Perhaps it’s because, at one time, she was a popular comedienne, remarking on things with pre-scripted, stand-up witticisms – and doing funny voices along the way?

I’m minded of an observation I read years ago in National Review (paraphrase): Modern people have the habit of confusing glibness with wisdom; dubbing many celebrities as possessing the latter when, in fact, it’s more often the former.

Granted, the sixty-six-year-old talk host strikes me as nicer than her The View colleague Joy Behar (I know, that’s a nearly subterranean baseline, but I’m giving credit where it’s due…)  Still, Whoopi Goldberg, a penetrating observer of contemporary doings?

I believe it was around a decade ago I watched a memorable Goldberg appearance on Bill O’Reilly’s erstwhile Fox News program. If memory serves, the duo were debating the topic of Muslims and 911. I distinctly recall being startled at how clueless Whoopi seemed, even about the basics of the topic; at her facile and flaccid arguments. She was evidently ill-equipped to take on Mr. O who, whatever you think about him, rarely puts on a flatfooted presentation.

Just the other day, in the wake of the Supreme Court’s recent Dobbs decision which overturned the notorious Roe v. Wade disgrace, Goldberg was chatting with former The View regular Elisabeth Hasselbeck about Kansas’ August 2 abortion referendum (the pro-life cause suffered a set-back in that one).

[T]he leftist co-host claimed, “God doesn’t make mistakes, God made us smart enough to know when it wasn’t going to work for us.” … Goldberg says in her defense of pro-choice, “That’s the beauty of [God] giving us freedom of choice.” She also quoted a verse from the Bible saying “Do unto others as you would have them do unto you.”

I’m wondering if she rewatched that segment afterwards? And if so, was she abashed? Did she realize how rickety her rationalizations were? How juvenile?

Whoopi apparently has concluded if a person possesses a brain and the power of agency, anything he does is, thus, automatically copacetic? The musings of a particularly perceptive deep-thinker these were decidedly not.

Seriously, I’m going to presume your standard-issue, pre-Civil War slave master was convinced he was “smart enough” to practice his “freedom of choice” to own other human beings.

I don’t think it’s going out on a limb to assume Hitler, Stalin, Pol Pot — or whichever genocidal megalomaniac you prefer — felt eminently confident his respective mass-murdering projects were ethically defensible and utterly reasonable. These were, after all, purposely plotted out and consciously chosen.

How about Vladimir Putin? No doubt the Russian goon put his brain and “freedom of choice” to work launching his nefarious brutalities in Ukraine.

Is Ms. Goldberg contending all the vicious, destructive choices made by millions of homo sapiens every day for centuries on end were axiomatically acceptable because, well, a) God gave them each a functioning pre-frontal cortex; and b) that organ played a role in their electively pursuing those ends?

If she and her pro-abort confederates are going to press the case for legalized murdering of unborn children, it would be nice if, at least, they could do so with a dose of rudimentary thoughtfulness.

And enlisting Matthew 7:12 (“Do unto others as you would have them do unto you”) to support her pro-baby slaughtering enthusiasm? What is this, a Saturday Night Live skit? Is the popular actress/activist intentionally aiming at gob smacking irony? Or is it simply she’s even less self-aware, even more obtuse, than we’d already thought?

Ms. Goldberg, indeed, trots out the “Do unto others” standard as warrant for lawful abortion. But … don’t pre-born persons, whose lives are being extinguished every time the lethal procedure is carried out, fall under that “others” category? Pray tell, would Whoopi Goldberg like to be torn to pieces, scalded to death with chemicals, vacuumed into a dish and tossed out like medical waste?

Or are abortion — and its innocent victims — the exception to Jesus’ magisterial words?

For the record, it wasn’t only Whoopi challenging guest Hasselbeck during that broadcast. Sunny Hostin dredged up the dreary “you-can’t-force-your-religion-on-me” trope. Sara Haines, meanwhile, appealed to the “mother’s life” and glancingly mentioned those who’ve been “traumatically raped”. What’s overlooked in almost all of these “pro-choice” bullet points, though, is that abortion always ends with the death of another individual: the developing child that had been growing in the womb. Most of the finger-wagging pro-choice-isms crumble when they slam into that dead-baby detail. It’s why my father counsels every time we encounter the camouflaging term “abortion”, we should plug into its place the two words “baby killing”. That cuts, straightaway, through the boilerplate and to the bloody bottom line.

It’s increasingly evident that moral perverseness ultimately seeps over to intellectual befuddlement. Hardness of heart leads to softness of head.

The Apostle Paul warned about this consequence for those who militantly refuse to consider the truth: God sends a “strong delusion” upon them (2 Thessalonians 2:11); they risk becoming “futile in their thoughts” and “darkened” in “their foolish hearts” and “understanding” (Romans 1:21/Ephesians 4:18); their “minds” may be “given over” to debasement (Romans 1:28) (emphases mine).

So, ten-thousand points to Whoopi Goldberg and these other pro-abortion gabblers for, if nothing else, confirming one more area the Bible got it right millennia ago: Persisting in unconscionable wickedness can make you stupid.

The post ‘Pro-Choice’ Celebs Remind Us: Embracing Evil Plus Resisting Truth Is Formula for Shallow Thinking appeared first on DailySurge.