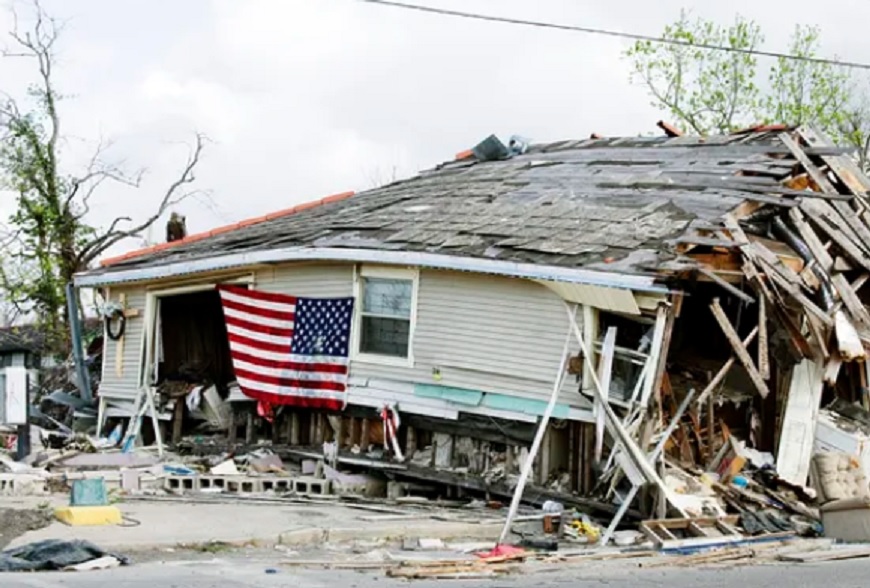 Surge Summary: The American public has largely forgotten the nation’s Judeo-Christian roots. This is the result of a concerted spiritual conspiracy against the land that began many years ago. In response, godly people MUST arise and speak truth, loving people but hating wickedness.

Have you ever met a person suffering from complete memory loss due to Alzheimer’s?1 My wife’s mother Sarah was such a person. She couldn’t remember who she was or recognize her daughter. In 2019, family and friends gathered to celebrate Sarah’s 80th birthday in the assisted living facility where she lived. Several times she was asking where Jack was. She apparently couldn’t remember that Jack, her beloved husband of 53 years, had passed away 8 years before in 2011.

Freedom is also easily taken away from those who have lost their memory. It is no different in regard to nations. America is such a nation. Complete collective amnesia has befallen America, the most prosperous nation in the history of the world, where liberty for all used to be customary.

In his Farewell Address to the nation in 1796, President George Washington said: “Of all the dispositions and habits that lead to political prosperity, religion and morality are indispensable supports.” Religion and morality as the custodians of national welfare and spiritual health are today close to the point of getting fully erased from America’s collective memory.

As if foreseeing the noxious influences that would pollute and vitiate America, and what to do about it, Thomas Jefferson [1723-1846] wrote: “When once a republic is corrupted, there is no possibility of remedying any of the growing evils but by removing the corruption and restoring its lost principles; every other correction is either useless or a new evil.”

Concerning the important issues of judicial authority and government, he said: “But when their morals were corrupted, the more power they were possessed of, the less prudent was their conduct; till at length upon becoming their own tyrants and slaves, they lost the strength of liberty, to fall into the weakness and impotency of licentiousness.”2

Jefferson said this about Rome, but when put in the present tense it bespeaks equally well our country’s current situation.

Defining the underlying element of the conflict holding America’s public square in its crippling grip, A.W. Pink wrote: “The realm in which the arch-enemy works is not the moral but the spiritual. He calls into question the Word of God, casts doubt on its integrity, [and] denies its veracity.”

The removal of prayer to Jehovah from education in Engel v. Vitale in 1962, the expulsion of the Bible from public education in Abington School District v. Schempp in 1963, and the ban on displaying the Ten Commandments in public schools, courthouses, and government buildings in Stone v. Graham in 1980 were no random incidents, but the premeditated assault with the guided missiles of misdirection supplied by Satan, the wily serpent of deceit.

America’s only chance of recovery is to correct the country’s wrong direction and redirect it.

The term ‘gaslighting’ derives from the 1944 film classic Gaslight, in which a husband uses trickery to convince his wife that she is mentally unstable as he manipulates small elements of their environment, insists that she is mistaken about remembering things correctly, and describes her as delusional when she points out the discrepancies. His intentions with all the misdirection and misinformation are to steal from her.

Present-day America finds itself in a permanent state of gaslighting by those controlling the nation’s spiritual, intellectual, educational, economic, and vocational levers of power and influence. As Evangelicals, we will have to search our own conscience for any complicity in this turn of events.

Dr. Deborah Birx, the former coordinator of the White House Coronavirus Task Force, recently divulged that she and Dr. Anthony Fauci misinformed the American people for more than 18 months on the misguided Covid-19 pandemic pursuit.3 The overbearing mendacity of two physicians responsible for public health presents a sad sampling of America at its worst. Yet, instead of being held accountable, let alone being brought to book, someone like Dr. Fauci is deceptively lionized by CNN as ‘the most trusted man in America’.

Dr. Birx’s admission brings once again to mind Robert F. Kennedy’s charge that Dr. Fauci, in his 50 percent ownership of vaccine patents, spent $500M of taxpayer dollars on Covid-19 for the sole purpose of financial self-enrichment.

There are real costs to Woke’s usurpation of our institutions. As Erick Erickson puts it: “The same public health community that shut down churches, beaches, businesses, and schools and demanded we stop seeing our grandparents is made up of the same public health officials who cannot bring themselves to prohibit [read homosexual] group sexual activities.

“The very same public health officials and media talking heads who condemned small business owners for maskless protests are the same officials and talking heads who thought we all needed to be in the street marching maskless after George Floyd’s death. Reporters who said these small business owners should be denied Covid-19 treatment never took that position about the riots.

“The same people who called riots ‘mostly peaceful’ have largely ignored a would-be assassin showing up at Supreme Court Justice Brett Kavanaugh’s house. Now, they cannot be open and honest about stopping monkeypox because they’re afraid of stigmatizing the gay community.

In short, what concrete reasons could there be for listening ever again to public health officials?

A.W. Tozer deserves the last word: “Another kind of religious leader must arise among us. He must be of the old prophet type, a man who has seen visions of God and has heard a voice from the Throne. When he comes [and I pray God there will be not one but many] he will stand in flat contradiction to everything our smirking, smooth civilization holds dear. He will contradict, denounce, and protest in the name of God and will earn the hatred and opposition of a large segment of Christendom. Such a man is likely to be lean, rugged, blunt-spoken, and a little bit angry with the world. He will love Christ and the souls of men to the point of willingness to die for the glory of the one and the salvation of the other. But he will fear nothing that breathes with mortal breath.”

Gideons and Rahabs are beginning to come forward and step up.

The post America’s Collective Amnesia Spells Trouble for the Nation, Unless … appeared first on DailySurge.