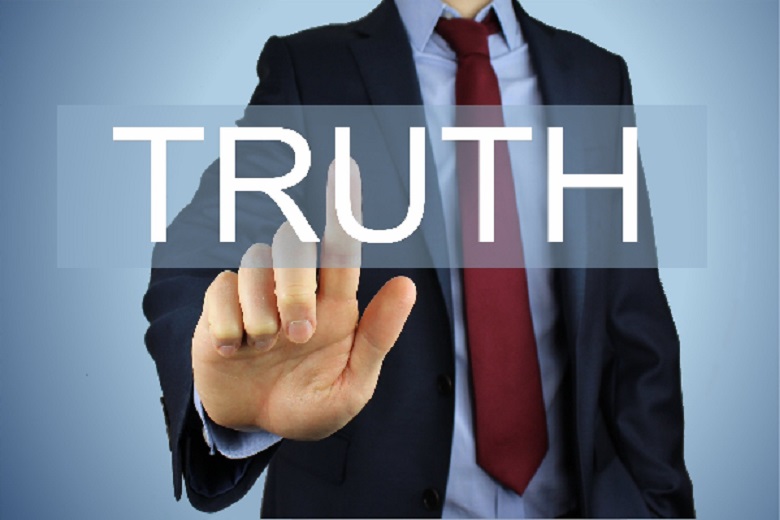 Surge Summary: Recent moral compromises by the Archbishop of Canterbury prompt the question: What is Truth? The biblical answer is that truth endures over time even as society and culture insist it change.

Who better than the British Broadcasting Corporation (BBC) to report on a conference of Anglican bishops? The BBC is satisfied that the Archbishop of Canterbury Justin Welby has brokered a compromise on one of the most controversial issues of the day, namely, which sexual expressions the churches in the Anglican Communion should countenance.

How does one compromise irreconcilably different positions? Archbishop Welby’s solution is that the traditional doctrine remains on paper, but those who flout the doctrine will not be sanctioned. So, everyone is happy?

In a piece headlined, “Lambeth Conference: Welby unites bishops with compromise on sexuality,” the BBC states that the archbishop has “found the formula for now,” which suggests that even the BBC knows the compromise will not stand the test of time. Indeed, archbishops from Nigeria, Rwanda, and Uganda chose not to attend the Lambeth Conference, believing that compromise was inconsistent with the truth-preserving role of the church.

The bishops from these and other African countries support maintaining traditional teaching while those bishops who want to liberalize the church’s teaching are from Western nations. This same geographic divide prevails in parallel debates within the United Methodist Church. It is not unique to Anglicanism. And therein is a significant spoiler alert: the United Methodist Church has begun splitting over such issues. Past compromises to preserve traditional teaching on paper but not in behavior have not unified.

As the BBC explains the situation, the positions of both the African churches and the Western churches can be best understood by understanding the surrounding cultures in which they serve. Thus, the African churches will be most respected by those in their surrounding culture if they maintain traditional teachings about sexuality while the Western churches will have more respect from their cultures if their teaching is liberalized.

Missing from the BBC analysis is a consideration of how bishops, or anyone else, knows what is true. What is truth? Both the BBC and Archbishop Welby seem to argue for the position that truth must be acceptable to the larger culture. Experiencing “derision” or “contempt” would be dangerous for the church.

Fidelity to Biblical teaching is the standard by which doctrine must be judged. It is disappointing that the BBC does not even consider the possibility that doctrine should have a Biblical foundation. An educated reader, however, should understand that historically Christians have used the Bible as the foundation for church doctrine.

I am not sure the BBC is demonstrating ignorance or neutrality with its news report. Rather, I think the BBC is showing a complete disregard of the claim that the church offers truth authored by God; truth that applies in all times and cultures. The BBC is going beyond disagreeing with the African bishops. The BBC is undermining the relevance of the African bishops and the faith they represent by pretending that the church makes no meaningful truth claims.

Ultimately Welby’s compromise will please no one for more than a moment. Worse, the archbishop has weakened the church’s claim to be a possessor of cross-cultural timeless truths and has undercut a historical approach to ascertaining the truth.

The nature of truth is under attack in our culture and we are woefully unskilled in debating truth. Truth is debated in the public square with snarky memes. I’ll admit that I like snarky memes, but let’s be honest, memes do not educate or persuade. We need church leaders who will stand for truth regardless of whether truth is popular in the larger culture. Further, we need church leaders who will teach about how truth is established. Archbishop Welby has failed us in this regard.

The issue of truth has implications that go beyond an international gathering of bishops. We must consider what our schools and colleges are teaching about truth. Is truth knowable, and if so, how is truth knowable? Education should move us to a more sophisticated understanding than memes can provide. May God bless us with more institutions that educate well.

—Dr. Joseph J. Horton is professor of psychology at Grove City College and the Working Group Coordinator for Marriage and Family with the Institute for Faith and Freedom. He is also a researcher on Positive Youth Development.

The post Memo to Archbishop of Canterbury: Truth Stands Over Time, Against Sloppy Culture appeared first on DailySurge.