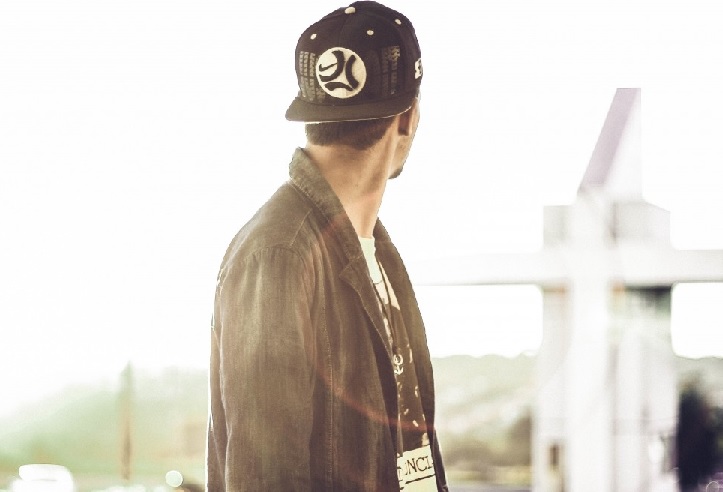 Surge Summary: An overview of American history reveals when the nation has hewed to God’s ways she has been blessed; when she has diverged from them she has suffered setbacks. Is today a time when American can return to her godly heritage and the blessings that will follow? If righteous people respond properly to the challenges before them?

Do you find yourself engaged with people trying to figure out what’s happening to America? Are you trying to sort it all out yourself? As Intercessors for America prepares to commemorate 5 decades of service and God’s faithfulness next year, consider these 3 observations. May these “snapshots” bring some clarity in the midst of confusion.

When the Pilgrims landed at Plymouth Rock in 1620, they were fleeing religious persecution in England and Holland. Governor William Bradford led the 120 to a new land where they could live out their Christian faith authentically. “The eyes of all people are upon us. So that if we shall deal falsely with our God in this work we have undertaken, and so cause Him to withdraw His present help from us, we shall be made a story and a byword through the world.”

Shortly thereafter, Gov. John Winthrop came with his flock, embracing the ideal of a Christian people who would be a “shining city on the hill.” Their covenant was to obey the Bible and spread the gospel.

Judeo-Christian foundations were the centerpiece of this “new world,” which grew to 2.5 million colonists by 1776.

Later the Declaration of Independence was signed launching war with England to secure liberty based on religion and morality. They knew everything would come apart unless they remained a virtuous people. Regarding the “wall of separation between church and state” the Founders knew:

When our Constitution was approved, George Washington said “The adoption of the Constitution will demonstrate as visibly the finger of Providence as any possible event in the course of human affairs.” They affirmed in no uncertain terms: “In God We Trust.”

French historian Alexis de Tocqueville later came to America to learn the secret of our success. Someone summarized his observation: “Not until I went into the churches of America and heard her pulpits aflame with righteousness did I understand the secret of her genius and power. America is great because she is good, and if America ever ceases to be good, she will cease to be great.”

President John Adams said unequivocally, “Our Constitution was made only for a moral and religious people. It is wholly inadequate to the government of any other.” Progressives (radical Democrat Socialists, Marxists and Globalists) reject this foundational principle.

Until roughly a generation ago, America progressed as we upheld our Judeo-Christian heritage. Of course, there were some serious deviations from Scripture in our history—the shameful treatment of Native Americans, the cancer of slavery and civil rights violations, the national nightmare of Civil War—yet our faith convicted us and sustained us until we made the course corrections.

To be patriotic and truly love America meant acknowledging both the good and the bad simultaneously. Our faith taught us to learn painful and necessary lessons, forgive and handle our differences in a Christlike way.

President Lincoln captured this redemptive attitude when he spoke to a divided nation at his inauguration in 1860, “We are not enemies, but friends. We must not be enemies. Though passion may have strained, it must not break our bonds of affection …The mystic chords of memory, stretching from every battlefield, and patriot grave, to every living heart and hearthstone, all over this broad land, will yet swell the course of the Union, when again touched, as surely as they will be, by the better angels of our nature.”

But somewhere in the decade of the ’60s, something happened to America that set us off course. The faith that was so central to our life began to rapidly erode, be ridiculed and removed from the public square.

The shocking assassinations of J.F.K., Bobby and Martin jolted the nation. Time magazine called 1968 “a knife blade that severed past from future.”

Casting off restraints, a spirit of rebelliousness launched the gay, feminist and black power movements, the sexual revolution and the drug counterculture.

Judeo-Christian principles of morality and common sense that served as the underpinnings of our nation for almost four centuries were discarded as “outmoded,” wreaking havoc on our society. In time, the gates were flung open for the LGBTQ agenda celebrating gay marriage and transgenderism and propagandizing our children.

The apostle Paul wrote these words: “Continue in prayer, and be watchful with thanksgiving, while praying also for us, that God would open to us a door …” (Col.4:2-3a).

I’m a 47-year board member of Intercessors for America national prayer ministry, and we’re asking God to grant an opening for another spiritual awakening. It’s happened two other times in our history. Will you unite with us?

Our core verse has been 2 Chronicles 7:14, “If My people, who are called by My name, will humble themselves and pray, and seek My face and turn from their wicked ways, then I will hear from heaven, and will forgive their sin and will heal their land.” Our handbook is by founding visionary Derek Prince, “Shaping History Through Prayer and Fasting.”

On Inauguration Day, 2017, a committed Christian was sworn in as the Vice President of the United States. Mike Pence placed his hand on an open Bible and turned to this passage. When IFA gathers together in D.C. for our 50th Anniversary milestone event, you can be confident this anchor passage from the Bible will remain central.

We as patriotic conservatives have an opportunity that only comes around every few generations, or maybe just once in a lifetime. This is our time. The other side is not sitting idle, but their allies in the media are more than willing to amplify their cause every single day.

America must turn back to God before it’s too late. We must return in humility to prayer and fasting while we make our voices heard in town halls with your family and your friends, on the internet and social media, and all those places where common-sense conservative messages are most desperately needed, because this is our time! We’ve got to mobilize. We’ve got to march forward, as if it’s the most important time in the history of our movement, because it is God’s call to us all.

Here’s the Deal: May we all respond to this call for fervent intercession at this time. May we also do what Paul instructed in the words immediately following his call to pray for the “opening” we have been given.

“Walk in wisdom toward those who are outside, wisely using the opportunity. Let your speech always be with grace, seasoned with salt, that you may know how you should answer everyone” (Col. 4:5-6).

Let’s seize the opportunities to speak the truth confidently and charitably to those being misled in our generation. Multitudes across America are utilizing the FREE YouTube 5-minute videos at “Bullseye Challenge” to equip themselves for this task.

Let’s not shrink from the task but rather stand strong, speaking truth courageously and winsomely. Revivalist Leonard Ravenhill used to say, “The opportunity of a lifetime must be seized in the lifetime of that opportunity.”