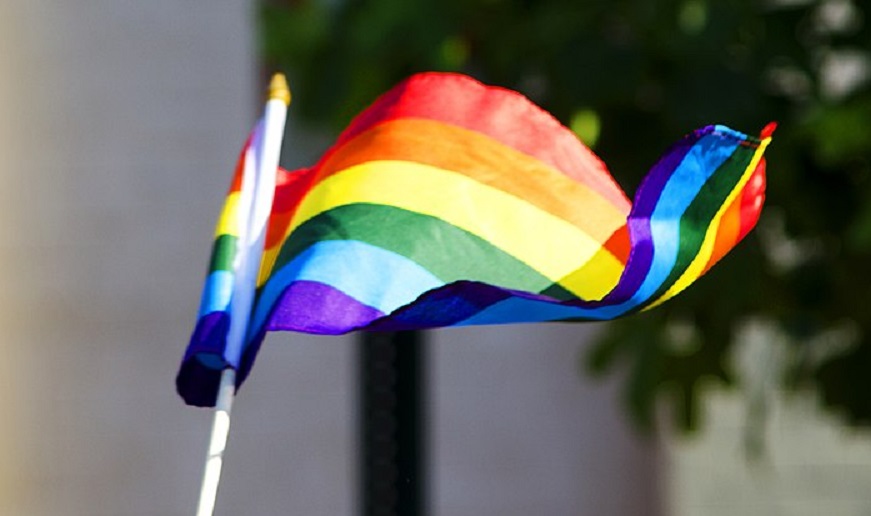 Surge Summary: In pushing back against Transgenderism, conservatives and Bible-believing Christians must continue to point out the immorality and disorderedness of all homosexual activity as well. Modern culture’s broadening acceptance of the latter has led directly to the expansion of the former.

It is not just Christian conservatives who are pushing backing against transgender activism these days.

Prominent liberals, along with well-known gay and lesbian activists, have also been raising their voices, especially when it comes to transitioning children. Together with conservatives, they are protesting the insanity of biological males competing against biological females or against putting young children on puberty blockers and performing sex-change surgery on minors.

But that is only one side of the coin.

The flip side of all this is that homosexual practice has become more and more accepted to the point that fewer and fewer conservatives will tackle it head on.

Is this a direct result of the Supreme Court redefining marriage in 2015? Or because “gay conservatives” have become political allies? Or because a loving, adult, consensual relationship is a lot less offensive than removing the breasts of a healthy 14-year-old girl? Or because of personal relationships with LGB couples or individuals? Or because of the relentless media bombardment going back more than three decades?

This is a serious error, theologically, morally, and practically, since the transgender movement is just the logical extension of the homosexual movement, the inevitable next step on the LGBQ trajectory.

As Francis Schaeffer pointed out in his 1968 book The God Who Is There?, “But much modern homosexuality is an expression of the current denial of antithesis. It has led in this case to an obliteration of the distinction between man and woman. So the male and the female as complementary partners are finished.”

As I noted in a 2018 article, “Yes, Schaeffer saw this 50 years ago, one year before the Stonewall Riots and the rise of the militant gay revolution, and long before the push for same-sex ‘marriage.’

Schaeffer added, “It is imperative that Christians realize the conclusions which are being drawn as a result of the death of absolutes.”

In response, I wrote in 2018, “How much more imperative is it that we realize this today, as society pushes hard to destroy the ‘gender binary’ and as male-female distinctives are considered an enemy?”

Without any possible doubt, if we do not reaffirm our position that homosexual practice and same-sex relationships are sinful in God’s sight and detrimental to society, we will lose the moral battle for our nation. If we do not reaffirm our belief that marriage is the union of a man and a woman, we will see a continued downward spiral into sexual and gender confusion.

There is nothing more fundamental to a society than the institution of marriage, and once you redefine that, you redefine everything. Once you say that biology does not matter when it comes to marriage, it’s a small jump to say that biology doesn’t matter when it comes to gender identity, and from there, it’s an even smaller jump to putting children on puberty blockers and subjecting them to mutilating surgery. And once kids are raised in a same-sex environment with two mommies or two daddies, no matter how loving and caring those parents might be, it will bring confusion on the next generation.

Or do you think it’s just a coincidence that 21 percent of Gen Z young people now identify as somewhere on the LGBTQ+ spectrum (according to Gallup; according to Barna, the number is 40 percent) as compared to 2.8 percent of Baby Boomers?

Mark it down and archive this article for your records. Everything will reproduce after its own kind. You can count on it. If we accept LGB, we will get T.

That’s why some of us on the front lines of the culture wars were able to predict the current developments years ago. It was not because we were prophets (although Schaeffer’s insights were filled with prophetic insights). It was because we could see the inevitable trajectory and because we took the comments of LGBTQ+ activists seriously.

That’s why the last chapter in my 2011 book A Queer Thing Happened to America was titled “GLBT and Beyond: Reflections on Our Current Trajectory” (back then, the G came before the L).

That’s why the opening quote at the beginning of the chapter was drawn from the book Genderqueer: Voices Beyond the Sexual Binary. It stated, “In recent years gender identity has galvanized the queer community perhaps more than any other issue. The questions go beyond the nature of male or female to a yet-to-be transverse region that lies somewhere between and beyond biologically determined gender.”

That’s why I wrote in that chapter, “Without a doubt, those of us who oppose the current trajectory of GLBT and beyond will be told that we are on the ‘wrong side of history,’ that we have branded ourselves as intolerant bigots, that we have marginalized ourselves to the point of no return. So be it. It is better to stand up for what is right than to have the approval of the masses. It is better to swim against the tide when it is going in the wrong direction then to be carried along with the (always fickle) whims of current public opinion.”

I continued: “Do we really have a choice? Can we simply sit back and let gender anarchy rule the day? What will we say to our children and grandchildren? How will we explain to them that it was on our watch that ‘Mother and Father’ became ‘Parent A and Parent B’? That North American courts ruled that the public use of certain verses in the Bible was a hate crime punishable by law? That businesses were penalized because they would not support gay activism? That college professors were fired and university students dismissed because they took issue with homosexual practice? How will we justify our silence and inaction?”

Let us not deceive ourselves into thinking that, by opposing radical transgender activism, we can stem the larger decline into sexual confusion, which itself is the natural fruit of the sexual revolution, which quickly went from hetero to homo to beyond.

By all means, let us truly love our neighbors as ourselves and practice decency and civility. But we can do that without affirming that which violates God’s fundamental order and plan.

To ignore the LGB while opposing the T is a shortsighted counsel of despair.

The post Remembering the Big Picture: Don’t Forget ‘LGB’ When Pushing Back Against ‘T’ appeared first on DailySurge.