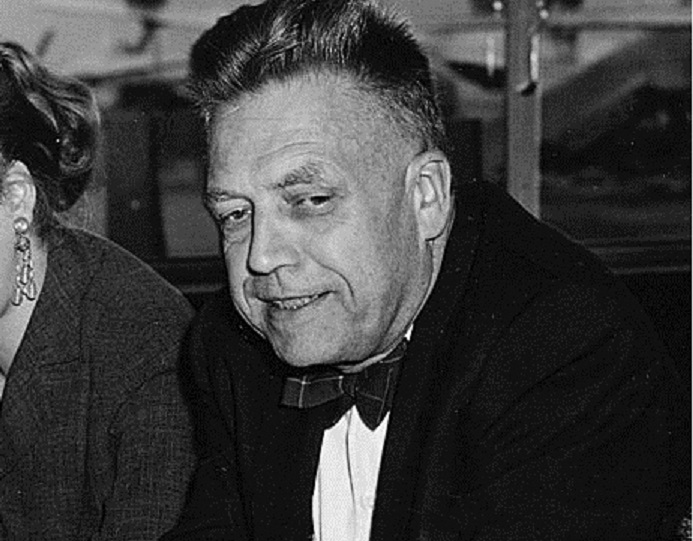 Surge Summary: A revival of interest in “sex scientist” Alfred C. Kinsey is currently underway – even though he has long been exposed as a perverted fraud who endorsed the abuse of children and twisted data and research to promote the undermining of America’s traditional sexual mores.

I’ve been trying to come up with a good analogy for something that inexplicably comes back even after you think it’s long gone.

I’m talking about the reputation of celebrated sex scientist Alfred C. Kinsey, who was unmasked as a fraud and pervert of the worst sort back in 1990.

That was when Judith Reisman, Ph.D., and her colleagues released the book “Kinsey, Sex and Fraud: The Indoctrination of a People.” It was followed by “Kinsey: Crimes and Consequences” (2003) and “Sexual Sabotage” (2010), which outline how the ACLU and other leftists used Kinsey’s research to weaken laws against pornography, rape and child molestation and pave the way for the Roe v. Wade ruling legalizing abortion.

Ms. Reisman, who died in April 2021, proved that Kinsey was anything but scientific. He bribed test subjects, many of them prison inmates who told him what he wanted to hear. He fudged data. He forced his own staff to have sex with each other’s wives and between men and men – and had it filmed.

Worst of all, he conducted or procured monstrous experiments on children. Graph Table 34 in his 1948 book, “Sexual Behavior in the Human Male,” records the number of orgasms observed in boys from five months of age to 10 years old.

One four-year-old was alleged to have had 26 orgasms in a 24-hour period. That indicates the “researcher” molested the poor child around the clock. A 12-year-old boy had 12 orgasms in two hours, and an 11-year-old had 19 orgasms in a single hour.

From this data, Kinsey formulated his theories about “normal” childhood sexuality, promoting the view that children were “sexual beings” who deserved to sexually interact with adults at early ages. Kinsey’s other “research” provided the “scientific” foundation for the sexual revolution that has metastasized into a pornified internet, Drag Queen Story Hours for children, gender confusion, sexual mutilation and “pride” in every sexual aberration under the sun.

If you want to know why sexually transmitted infections, of which there were two (syphilis and gonorrhea) in the 1950s, exploded into more than 30 diseases and millions of cases annually, look no further than Kinsey’s social impact.

A closeted man himself, Kinsey promoted the false idea that America in the ‘40s was awash in sexual experimentation; that many wives had affairs; 10 percent of adult males were homosexual for at least three years, and that abortion was widely practiced and a human right. He even advocated humans having sex with animals, calling moral objections the result of “superstition.”

Kinsey released a volume on female sexuality in 1953 and partnered with Planned Parenthood Medical Director Mary Calderone to create sex education curricula. They spread the gospel of unrestrained sex of all kinds at earlier and earlier ages.

Hugh Hefner said Kinsey’s findings inspired him to launch Playboy magazine in 1954. This, along with liberal court rulings, ignited an explosion in pornography and legal assaults on marriage-based sexual morality.

Why do we need to go back into all this? Because Kinsey, who died in 1956 at age 62,  is having a revival as if he had never been exposed. For years, advice columnists Ann Landers and Dear Abby cited Kinsey to justify pushing sexual boundaries. “Dear Abby” still does.

In 2004, Liam Neeson starred as Kinsey in an air-brushed biopic film. More recently, even the Wall Street Journal ran a half-page lifestyle article on sexual fantasies, with a laudatory history of Kinsey and the Kinsey Institute with no mention of scandal.

On September 8, to commemorate the 75th anniversary of the Kinsey Institute, Indiana University unveiled a bronze statue of Kinsey, who taught there and operated his sex institute with start-up money from the Rockefeller Foundation.

At the unveiling, Indiana University President Pamela Whitten gushed over the mad scientist:

“Around the nation and around the world, the Kinsey Institute is the trusted source for information on critical issues in human sexuality, relationships, gender and reproduction, and its reputation for excellent, relevant scholarship bolsters Indiana University’s reputation.”

Sure, if you overlook the “research” on hapless children, the documented fraud and tragic fallout from Kinsey’s distortion of sex into a spectator sport.

In a laudatory 1997 biography entitled “Alfred C. Kinsey: A Public/Private Life,” former Kinsey staffer James H. Jones wrote that Kinsey “was determined to use science to strip human sexuality of its guilt and repression. He wanted to undermine traditional morality, to soften the rules of restraint…[he] spent his every waking hour attempting to change the sexual mores and sex offender laws of the United States.”

Does that sound like unbiased scholarship? Does it sound like someone who deserves a bronze statue at a major university?

Robert Knight is a columnist for The Washington Times.