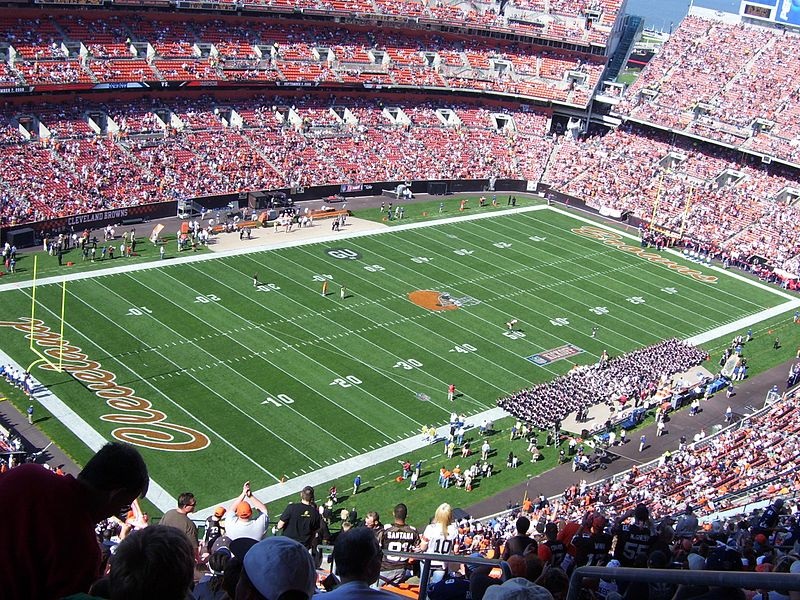 Week 3 was proof again that early season football is about as dependable as your old Yugo (look it up).  The Oh-Oh Colts pinched a win out of the vaunted Chiefs to buy Coach Frankie a stay of execution, while the upstart Miami Dolphins buffaloed the Bills and Jacksonville overloaded the Chargers’ circuits with a 38-point jolt of reality.  Even Carolina got into the W column, fending off the Fleurs de Loss from The Big Not-So-Easy.  When will normalcy settle into this tumultuous season?  As injuries start to pile up, I would say ‘no time soon’.  I went 9-7 again, putting me at 55% so far this season, short of the 58% of my benchmark Nick Shook from NFL Network.  Here’s the picks.

Dolphins at Bengals – The Three and Uh-Oh Dolphins ride the tide into Cincy to face Smokin’ Joe’s Bengals.  Miami is the team you don’t want to play right now, as they are an honest 3-0 on both sides of the ball.  That receiver corps is murder to stifle for 60 minutes.  Awuzie and ‘Candy’ Apple will be busy swatting flies, but they are up to the task.  Burrow’s O-line is better…but still not good.  He was hurried on 40% of snaps last week, which doesn’t improve his passing.  Xavien ‘X-Men’ Howard is having another superb lockdown season, and last week Ja’Marr Chase was nearly invisible.  This is truly a toss-up.  I think it’s still high tide for the Phins, as Tua bags Foura in Ohia.

Vikings at Saints – London calling!  These two clubs hop the pond to give the Queen a proper sendoff.  The last time Vikings invaded England Alfred the Great was king, and a lot of saints perished as a result.  We’ll see this time, as these teams match up well.  Jameis is back to uncorking INTs again, and he tends to get very focused on one receiver (Olave) making him easier to defend.  Cousins is capable, and he has the tools he needs to find the endzone often.  Who will Rule Britannia?  Vikings win this game of thrones.

Browns at Falcons – The Oranges invade the Peach orchard this Sunday, and it looks like Myles Garrett will suit up after his horrific car crash earlier this week.  Jacoby Brissett is making it clear that he won’t just step aside when Deshaun Watson gets paroled, but rather is making a case for himself as a starter.  Time for the Pats to make a phone call, methinks…Anyway, the Brownies have what it takes to defeather the Falcons, and pluck them they will.

Bills at Ravens – Baltimore played better D last week finally, trying to balance out their strengths and not require Lamar to carry the team every week.  The Bills were stymied in Miami, dropping a close one that increased the Dolphins’ legitimacy this season.  Their D took a substantial hit with Mr. Hyde out for the season, so we’ll see how they regroup around that loss.  No way the Bills are going to allow themselves to go .500 this week, and 60 minutes of Stefan Diggs is going to be more than Marlon ‘Hubert’ Humphrey and Marcus Peters can cover.  Bills get paid in Baltimore.

Commanders at Cowboys – The jury in DC is still out on Carson Wentz.  He has eaten more grass already this season than Secretariat did in a year, partly because he has football separation anxiety and holds the pig too long.  Dallas will bring violent intervention therapy to that trend, with their bloodthirsty pass rush and their stifling downfield coverage.  ‘Them Cowboys’ as Uncle Jerry likes to refer to them are starting to congeal into a better team, even absent Dak Prescott, so expect steady improvement.  Commanders see stars after this Texas-sized beatdown.

Seahawks at Lions – Detroit is a team you don’t want to face right now.  They are getting better weekly, pushing good teams to the limit.  They still need a pass rush and pass defense that can FINISH things off, but you know they will get there sooner than later.  Campbell has this Island of Misfit Toys believing in themselves, and that is a dangerous trend as their talent accumulates.  Geno Smith has played his best pro ball this year, but his team lacks the marquee talent to provide consistency.  The value of Silver (and Blue) is rising in this market.  I’m buying.

Chargers at Texans – This should have been a no-brainer this season, as expectations for the Bolts were off the charts.  Those charts fell off the wall, and we’re not sure which way they’re supposed to trend as we put them back up.  Bosa is out, Mack the Sack Attack has been quiet for two weeks, Herbert is clearly hurting, Allen may not be back…and the Chargers are 1-2.  Houston has been gradually improving as they rebuild, and they are a WR2 away from being a serious threat to second-tier NFL opponents.  Davis ‘General’ Mills stares too often and too long at the object of his affection, namely Brandon Cooks, which gets the speedy Cooks double and triple coverages to beat.  He’s really good, but nobody can shed that kind of unwanted attention all the time.  I have to believe that no matter how dinged up LA is, they still have enough voltage to stun the Steers, especially as they face slipping into irrelevancy with another loss.  Herbert hurls the heck out of Houston.

Titans at Colts – Divisional teeth-gritter, as each team wants to continue to move in a positive direction this week.  I rank the QBs about even, the running games as well, receiver corps favors Indy a tad, except for King Henry’s receptions, which can be devastating as he is already in full stride downfield when the rock reaches him.  Defense is the question, and Indy showed spunk last week holding Mahomes to a 70-something QB rating.  I think High Flyin’ Ryan will get better as he settles into Indy’s plan, but I’m not drinking the Colt Kool-aid anymore this year.  I know the Titans and Vrabel too well, and when they set their minds, they are a mentally tough team.  That doesn’t show up in game stats…but it DOES show up in game outcomes.  Titans frighten while the Colts bolt.

Bears at Giants – Whoda thought these two teams would be 2-1 at this point?  Who thinks either one will be over .500 at the halfway mark?  Exactly.  Neither plays much defense, both porous O-lines require higher life insurance premiums for their QBs, and while both QBs are mobile, neither is a big aerial threat.  Jones’ top target is out this week, which means NY runs more and that puts higher focus on ‘Quon.  Fields runs great, but more often out of self-preservation than playbook.  He doesn’t throw great, with a 27 passer rating last week, lowest EVER for a victorious QB.  Giants play small, but just big enough to beat the Circus Bears.

Jaguars at Eagles – This is a very interesting game, as Dougie Pederson comes home to Philly with his shiny new team.  Philly is good all over the field, and undefeated.  Run-stoppers – got em.  Strong receiver corps – got it.  Mobile QB – yep.  Jaxonville has the other Josh Allen tearing up offenses, Travon ‘Texas Ranger’ Walker laying down the law, and Lawrence of Suburbia unleashing fiery darts to Christian ‘Captain’ Kirk.  The only thing ‘spotty’ about these Jaguars is their mascot.  In a match where air superiority is up for grabs….go with the Birds.  Eagles divebomb Pederson’s pussycats.

Jets at Steelers – GangGreen gets their Cougar-Hunter QB back fresh this week, and I already predict he’s back on IR after this game.  Pittsburgh is one decent QB away from being good, with that receiver group.  Even with Falsebisky flicking frustrating shorties out there, they can move forward (although this may be the week that Kenny-in-waiting gets sent in).  The Jets are suspect on pass defense, and Najee will keep them honest up front as well.  The Steelers’ lower Wattage on defense is going to be felt, but his dynamic presence isn’t necessary to quell this Jets team.  Give Saleh another ‘receipt’, because his Jets aren’t going to cash in this week, either.

Cardinals at Panthers – I’m not buying the Mayfield Panthers, any more than I bought the Mayfield Browns.  Like Trubisky, a change of teams is only confirming what was already suspected about his ceiling.  Too low.  Arizona has had their struggles this year, and Murray needs to progress and not regress (better pocket presence), but they have enough to beat Carolina home or away.  CMC is back strong, but he’s about all they have offensively and every team keys on that.  It’s getting lonely on McCaffrey Island….and dangerous.  JJ Watt is still timeless, and he will want to hug Baker several times this game, as a token of his affections.  The Cards are on the table…and they look like a royal flush this week.

Patriots at Packers – Easy peasy.  There will be no Mac for the Cheese in Green Bay this week.  What’s less threatening than a headless Patriot?  Not much…..Does anyone EVER want to see Brian Hoyer again?  Can’t wait for DeShaun Watson to be reinstated, so New England can pluck Jacoby Brissett off the Browns’ roster until Mac recovers. Pack cans the Minutemen.

Broncos at Raiders – THIS…is the week.  The Faders are home, desperate, and better than Denver.  Bet it all on black.  Lost Wages finally hits a jackpot.

Chiefs at Buccaneers – Last week these two brawny locomotives were derailed, so they are looking to rebound off each other, which means…WE WIN!  This should be a terrific game.  Brady gets his top receiver back from suspension, after depending heavily on Russell ‘Pressure’ Gage last week.  Mahomes was handcuffed by Indy last week, which shows it can be done, and Tampa packs one of the best defenses in the league.  The problem for Brady is still not enough bodies to run a consistent offense, with all the injuries and age of his targets.  Your wild card factor here is that the torch of last-second victory drives has passed from Sir Thomas to young Mahomes, and I think that’s what this game turns on.  War bonnets top the eye-patches this week.

Rams at 49ers – Battle for Cal ensues.  Akers picked up some nice Akerage last week against the Cards, as LA’s ground pound was sound.  The Rams’ secondary returned to airtight as well, which will leave Jimmy G looking for very small holes in which to thread passes.  Deebo is Deebo, but Kittle isn’t Kittle anymore, it seems.  Cooper’s Kupp wasn’t very full last week, and if he wants more melons in his basket this week he has to beat out Charvarius ‘Psyche’ Ward, no small feat.  It comes down to this; will the Niners’ backup QB beat the Rams’ starter?  I think Randy Newman answers that for us, when he sings “I Love LA”.