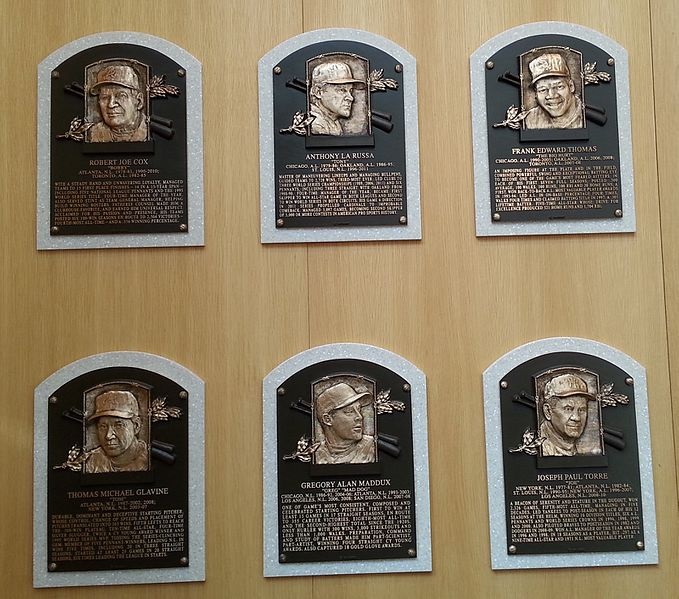 Surge Summary: The Baseball Hall of Fame in Cooperstown, NY speaks to bigger issues: History, the nature of Humanity, America — both the bad and the good!

Right behind the Baseball Hall of Fame in Cooperstown, New York, is Doubleday Field, a small, magical baseball stadium (capacity 9,791). There’s no cornfield, but it has a “Field of Dreams” vibe.

It’s named after the sport’s ostensible founder. There’s also the Doubleday Café on the main street of this quaint, all-American town at the southern end of Lake Otsego.

Inside the Hall, Abner Doubleday, a Union major general and a hero of Gettysburg, is afforded less attention. A discreet exhibit includes the letter to the editor penned in 1905 by a mining engineer who claimed that Doubleday invented baseball in 1939 in Cooperstown. Historians have since debunked this.

A curator at the Hall told me that the only certainty at this point is that Doubleday played the game himself enthusiastically. He also provided bats and balls for his men to keep up morale between Civil War battles.

Hoax or no hoax, the general’s name still resonates with affection in a town synonymous with baseball greatness. And it’s not the only hoax commemorated in Cooperstown.

The impressive Farmers Museum contains the Cardiff Giant, a 3,000-pound, 10-foot-tall fake petrified man. He was created by a Darwinist, George Hull, who loathed evangelical Christians and wanted to stage a hoax to ridicule the Genesis verse about ancient giants roaming the earth.

Hull’s cousin and accomplice, William Newell, had the giant buried on Newell’s farm in Cardiff in November 1868. A year later, Newell hired well diggers who found it. For weeks, the media and public went wild, reaping the hoaxers so much admissions money that P.T. Barnum created his own giant after failing to buy it.

From this we gained the famous expression, “There’s a sucker born every minute.” Only it wasn’t Mr. Barnum who said it, but a member of a syndicate that owned the original giant.

Mr. Barnum had the gall to accuse the Cardiff fakers of copying his fake. He would be right at home today concocting “Isn’t America in great shape?” election ads for Democrats.

Humbuggery sometimes takes time to uncover, but truth has a way of getting out.

Baseball has its own way of dealing with dishonesty. Pete Rose got more hits (4,256 to Ty Cobb’s 4,191) than anyone in Major League Baseball but still has no plaque on the wall of greats. That’s because he got caught gambling in games in which he played.

Barry Bonds has been denied the ultimate honor, too, because he allegedly “juiced” while breaking home run records. Same with Mark McGwire, who hit 70, and Sammy Sosa, who hit 64.

Still, there is considerable evidence around the Hall of these men’s feats. Baseball is honest enough to acknowledge they were great players but shy of icon status because of rule-breaking.

I found the Hall’s approach refreshingly honest. It reflects an America that still plays by the rules, respects our heritage and honors genuine achievement. More and more space is being devoted to the Negro Leagues, which had some legendary players otherwise barred from professional baseball.

Leroy “Satchel” Paige, the phenomenal pitcher who finally did make it at age 42 to Major League Baseball, is honored as an inductee and pioneer. He arrived just after Jackie Robinson broke the color barrier in 1948 with the Brooklyn Dodgers and went on to his own Hall of Fame career.

Paige’s backstory is fascinating. He was so good and famous that he kept leaving teams for more money, driving managers, owners and fans crazy. He even persuaded half of one team to go play in Cuba. In 1948, he was the first Negro League player to pitch in the World Series, helping Cleveland win it.

Seemingly ageless, Paige eventually bounced around the minor leagues before retiring two weeks before his 60th birthday. There’s never been anyone like him.

Unlike critical race theory, which lies about America’s founding, the Baseball Hall of Fame reflects the best of America. It acknowledges painful aspects of our history, such as slavery and Jim Crow, but doesn’t make it the whole picture.

Like America itself, the Hall has evolved over the years to reflect history it earlier ignored, such as the color barrier and the greatness of many Negro League players.

Strolling through Cooperstown’s streets, it’s easy to leave behind the plethora of lies we’ve been told over the last three years by the ruling elites and their media about the border, COVID-19, inflation and “semi-fascism.”

How about the biggest lie of all? It’s that we — and the universe, for that matter — are products of random collisions of self-made atoms over zillions of years with no Divine design. We just sort of happened.

If you believe that, I have a petrified giant to sell you up there in Cooperstown.

Robert Knight is a columnist for The Washington Times. His new book “Crooked: What Really Happened in the 2020 Election and How to Stop the Fraud” (D. James Kennedy Ministries, September 2022) is available at his website roberthknight.com.

The post Not All Bad News: Baseball Hall of Fame Says Lots About History, People, America appeared first on DailySurge.