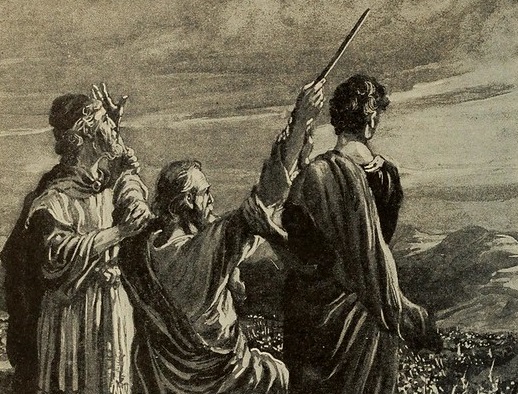 Surge Summary: The anticipated Republican “Red Wave” did not materialize in the final results of 2022’s midterm contests. But losses, wins and so-so results are a part of history, including for figures who ultimately prevailed in whatever challenges they faced.

Okay, so let’s take a somewhat cautionary look at where we’re at after the recent midterm elections.  I say “cautionary” because now is not the time for extreme reactions.  We have to be realistic, not pessimistic or even optimistic regarding our current conservative position.  The overly predicted “red wave” (some even said tsunami) was more of a “red trickle”.  But, we now have The House.  That gives us the ability to legally thwart the Dems anti-American agenda.  It also gives Republicans the power to start investigations into the Biden family’s reign of error.  If House leadership has real cajones, they’ll start now.

Therein lies the gist or the point of this article.  Conservatives may have been bloodied a lot more than expected, but we won some battles.  In essence, that means we’re still in the game and war is not over.

The best example of staying the course regardless of setbacks comes from our first President, George Washington.  During our War of Independence (i.e. the American Revolution 1775-1783), Washington fought 17 battles.  He won 6, lost 7, and fought to a draw and/or stalemate in 4.  His most significant wins were at Trenton in 1776 and at Yorktown in 1781.   That particular battle is what lead to the British surrender.  War was officially ended in September, 1783.

Washington’s time at Valley Forge in eastern Pennsylvania during the winter of 1777-1778 was crucial in holding a cohesive fight force together.  That winter was extremely cold and harsher than normal.  The army lacked in food and other supplies.  Plus, they hadn’t been paid.  Washington’s resolve and leadership held the army together and in spite of losses, he went on to final victory.

Biblically, fighting many battles before winning a final victory is an experience believers can expect.  In Exodus 17:8-16 is the account of the Israelites in Rephidin, where they were attacked by Amalek.

Moses had Joshua take men to fight, and told Joshua that he would stand upon a hill with his staff in his hands.  When Moses would hold up his hand, Israel prevailed.  When he tired and let his hands down, Amalek started to win.  Aaron and Hur, whom Moses had taken with him, stood on each side of Moses and kept his arms and hands in the air.  According to verse 13: ” And Joshua vanquished Amalek and his people with the edge of the sword.”

After all Moses had been through, both spiritual and physical warfare, he still had to endure unto victory.  Granted, he had help and “support” in every sense, but it was his resolve that kept Israel moving toward victory and eventually the promised land.

Continuing with Biblical examples, the trial of Christ offers some insight you might not have considered.

The trial of Christ before Roman governor Pilate and the Jewish religious leaders took place after His arrest in the Garden of Gethsemane, and appearance before Caiaphas the high priest.  Here He was made to endure a public trial/judgment.  The event is mentioned in all four Gospels:  Matthew 27: 1-26; Mark 15:1-15; Luke 23:1-25, and John 18:28-40 and 19:1-22.  In all four accounts, Christ is asked if He is the King of the Jews.  In each Gospel, Christ responds that Pilate himself said so.

However, it’s in John 19:37 that Christ says this:  “Thou sayest that I am a king.  To this end was I born, and for this cause came I into this world, that I should bear witness unto the truth.  Everyone that is of the truth, heareth my voice.”

Keep in mind that there were three political entities-Pilate, Herod, and the Jewish religious leaders-who sought to deal with Christ but none wanted full responsibility.  Only after the crowd accepted Barabbas over Christ did Pilate relent and turn Him over to death.  As mentioned in John 19:37, Christ already knew the outcome and reason for what He was going through.

Ultimately, what are the “take-a-ways” from these examples?

In conclusion:  granted, the midterms were not what we hoped for.  But it was not a complete defeat. We’re still in the game with a lot of work to do.  We don’t have the whole enchilada yet-maybe just the beans and rice at this point-but we’re at the table and more than ready for what comes next.

The post GOP and Midterms: History Tells Us One Battle Is Not the Entire War appeared first on DailySurge.