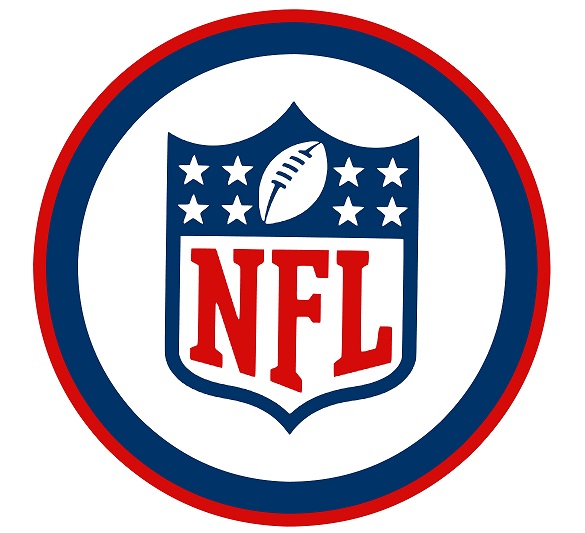 Surge Summary: With only five games remaining in this National Football League 2022 season, the playoff picture is beginning to solidify — and herein are Pigskin Pundits calls for what he expect to happen in this week fourteen.

Five games left in the season, and things are taking shape.  Two division leaders look very vulnerable to a Week 1 playoff departure, as Tennessee and Tampa are shaky and unidimensional.  It’s too bad Dallas and Philly are in the same division, because these are your true NFC contenders.  We’ll see what SF is without Glass Jimmy, who has AGAIN fallen on his sword and been carried off on his shield.  Expect Cincinnati to put distance between themselves and the Rave-Ons, as Baltimore’s smoke ‘n mirrors covering of a thin roster gets exposed.  No disrespect to Harbaugh’s team, as they have again overachieved against tough setbacks.  It took Tampa 59 minutes and 57 seconds on Monday to get me to 11-4 this week, but I’ll take it.  I’m tied with my NFL Network benchmark Nick Shook at 61%.  Here’s the picks.

Raiders at Rams – What should a team with an underperforming, mediocre QB do to turn things around?  Hire another underperforming, mediocre UNEMPLOYED QB they found in a Greyhound bus station in Bone Gulch, Texas…meanwhile, their desert cousins the Las Vegas Goodfellas are surging, after dropping lower than Lake Mead.  Raiders invade SoCal and grapple a victory from Baker’s field.

Jets at Bills – Buffalo wants to stay out in front in the AFC, the better to determine their own futures.  The Jets are working hard to build a future, and they are NOT intimidated by any team in front of them.  It’s a pity that Zach Wilson’s progress has been so slow, because they are a good (not great) QB away from going deep in the playoffs.  The Bills will absolutely have their hands full with Saleh’s green goblins, especially since Gardner and Reed are capable of keeping the law firm of Davis & Diggs busy while Quinnen Williams makes life uncomfortable for Josh Allen.  This will be a great rematch, and the absence of Von Miller levels the field a bit.  This game will be tighter than an elevator fight.  Bills even the ledger to one win apiece.

Browns at Bengals – Contender vs. Pretender in this latest battle of Ohio.  Cleveland took DeShaun Watson back to his old neighborhood and could not score an offensive td, relying on defense and special teams to rack all their points….whilst the Bengals hosted the aptly-named Chiefs and whipped Patrick Mahomes and Travis ‘Moneyinthebank’ Kelce, no small feat.  This column is about football, so I will refrain from editorializing about scumball sexual predators and the teams/leagues that enable them…oops.  Well, I’ll say this about the game; Baltimore is not long for this world.  Tigers maul while the gremlins bawl.

Texans at Cowboys – This battle for the Lone Star State is going to end with one team seeing stars, as Houston reenacts the battle of the Alamo by getting themselves slaughtered by legions of silver helmets.  The Cowboys obliterated the team Houston tied last week, and will demolish the only team they beat next week.  Statement game?  The only statement will be “Here Lies the Houston Texans; they were too slow on the draw”.

Vikings at Lions – This has the makings of a trap game!  I am STILL not drinking the Purple Kool-Aid, and think Minnesota is overrated.  If Dan Campbell can ever get his Nubian brutes fired up for a game, it’s THIS one.  Last meeting the Vikes had to come from behind to win 28-24.  This is not the same Lions, as they have held QBs to a 74-rating the last 4 games.  This game will (surprise, surprise) come down to pass coverage, which means containing JustJeff, Hockensen, Thielin & Cook releasing.  It’s a tall order for a team that isn’t as good as the Jets defense.  Detroit will play their hearts out, Hutchinson will add to his sack total, St. Brown and Chark Attack will get catches, and Swift will fulfill his name.  Flip a coin on this rematch.  Mine says Vikings….barely.

Eagles at Giants – NY got their Father’s Day tie late this year, along with the Collanders.  Yuck, there’s nothing less appealing than an NFL tie.  I didn’t think Heinicke looked that sharp, overthrowing his receivers ALOT.  He did rally them late for the tie, so props to the little big man.  This week, NY will simply have no answer for the ‘beat you 9 ways to Sunday’ Philly Steamrollers.  I’ll join the Hurts-for-MVP chorus, as he is turning out to be a potential generational talent, as well as a very likeable personality.  AJ Brown looks terrific as well.  Eagles make the Giants look very small.

Ravens at Steelers – Can Tyler ‘Chet’ Huntley handle the pressure of the Steel Hurtin’?  He’s going to see a ton of Tomlin’s Terrors bearing down on him, so his mobility and quick-strike passing are going to be survival tools this week.  When he does find time to uncork some bullets downfield, Pittsburgh had better be draped all over Mark Andrews.  Kenny Pickett is losing the Pick-it reputation as he improves, and TJ Watt hunting Huntley will be an interesting dance to watch.  I-beams forge a victory over the wingless Ravens.

Jaguars at Titans – The Jags got bagged in Detroit, while the Titans got frightened in Philly.  King Henry has 4 consecutive games at or below 3 YPC, so…breakdown or breakout against Jacksonville?  I’ll go with breakout.  This guy’s a baller and he’s due.  Tennessee is tough to run on, so again the game will hang on the arm of Tremendous Tresses Trevor.  If O Tannehill can throw enough to keep the Jags D honest, Henry should pick up his yards.  The Nashville Nasties negate Pederson’s peppered pussycats.

Chiefs at Broncos – Look for a KC Masterpiece barbequing of the Denver Brokens this week as Mahomes and his band of feathered furies take Reid’s Revenge for last week’s loss out on Hackett’s Hapless hackneys.  Thin air, pffft!  Fat chance.  Just means Mahomes can throw the ball 110 yards.  Chiefs pound the pranceless ponies.

Panthers at Seahawks – Seattle will keep their division conquest interesting this week with Garoppolo down and Darnold’s Panthers (yup, I said it) traveling.  Seattle is still showing great resilience as the go, and Carolina is in search of an identity.  Birds eat the cats this week.

Buccaneers at Niners – Even without Brady’s understudy Garoppolo taking the snaps, the Niners boast the top defense to offset Tampa’s weak offense.  The Bucs have had big trouble on 3rd downs and red zone play, and I expect SF to stone them pretty good at home.  Nick Bosa is going to get Brady’s autograph several times this week, and maybe leave a tattoo of himself on Tom’s hide to boot.  In this battle of red ‘n gold division leaders, the Niners are finer.

Dolphins at Chargers – The Phins got exposed last week against San Fran, but then everybody does with that D.  Tua struggled with Armstead still gone, and Chase got almost nothing against Shanahan’s lockdown secondary.  The Chargers are not the Niners, even though they too boast a Bosa.  Miami is due for a bounceback this week, so give me them fish.  Flipper shocks the Bolts.

Patriots at Cardinals – Yet ANOTHER dreary MNF matchup.  The Pats have struggled with mobile QBs all year, and the Cardinals have significantly underperformed on both sides of scrimmage, including run stoppage.  Even though it’s a road game, I still think the Pats are further along as a team than Zona.  Murray and Hopkins will get their points, but overall New England should find enough end zones and stops to take a narrow win.  Minutemen play their Cards to beat the house.