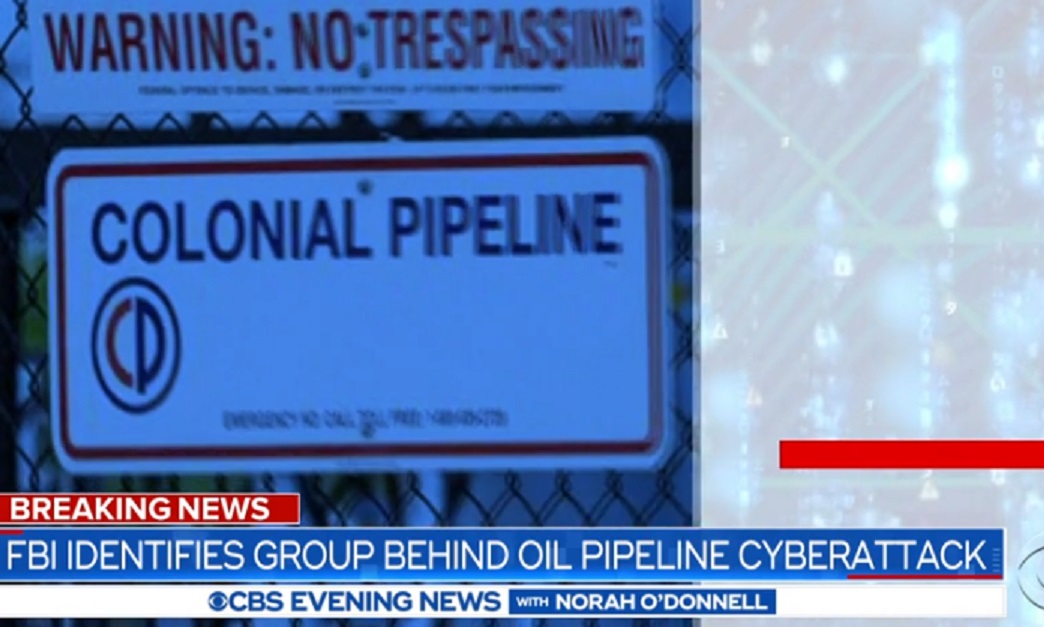 Surge Summary: Over the weekend, a major energy pipeline suffered a paralyzing cyberattack, threatening US fuel supplies and prices. In a world in which China, Russia and Iran have already demonstrated their animosity toward this nation and willingness to employ cyber-terror against it, what does this suggest about America’s future security?

There was breaking news over the weekend that the largest pipeline in the country was shut down Friday after a cyberattack.  The Colonial pipeline transports millions of barrels of gas, home heating oil and jet fuel each day from Gulf coast refiners to states along the Atlantic coast.

If the shutdown lasts much longer, gas prices will spike and shortages may arise in the affected states.  Thankfully, Colonial believes it will be able to restore service in a few days.

Still, there’s a lot we don’t know.  Many media pundits immediately went to the narrative that this was merely some criminal extortion effort.  That may very well be the case.  It’s also possible that these criminals could be foreign hackers from China, Iran or Russia attempting to damage the national security of the United States.

We know that hackers from all three countries have attempted to gain access to our energy grid.  Iranian hackers seized control of a dam in New York.  Chinese hackers recently infiltrated Microsoft.  Russian hackers are allegedly responsible for the SolarWinds breach.  Hundreds of entities, including many government agencies, had massive amounts of data stolen for months before it was discovered.

An enemy planting malware in vital infrastructure that could be activated in the middle of a crisis is a real threat.  For example: Many experts believe that communist China will move on Taiwan in the next few years.  The regular sorties of planes from communist China flying into Taiwan’s airspace appear to be dress rehearsals for a future invasion.

Taiwan is not just another island off the coast of China.  It is vital to our national security.  We can’t afford to allow Taiwan to fall to communist China.  But in any conflict involving Taiwan, the U.S. will be severely challenged due to supply lines that are nearly 7,000 miles long, whereas communist China is just 120 miles away.

But just imagine that as we detect the Chinese getting ready for an imminent invasion of Taiwan, suddenly our pipelines go down, electrical grids go down and many military bases lose power.

Donald Trump tried to address these threats, but Joe Biden seems clueless.  He’s much more interested in negotiating with Iran than protecting us from communist China.

The post A Weekend Taste of Cyber-Terror in USA … as Bad Actors Abroad Continue to Threaten appeared first on DailySurge.