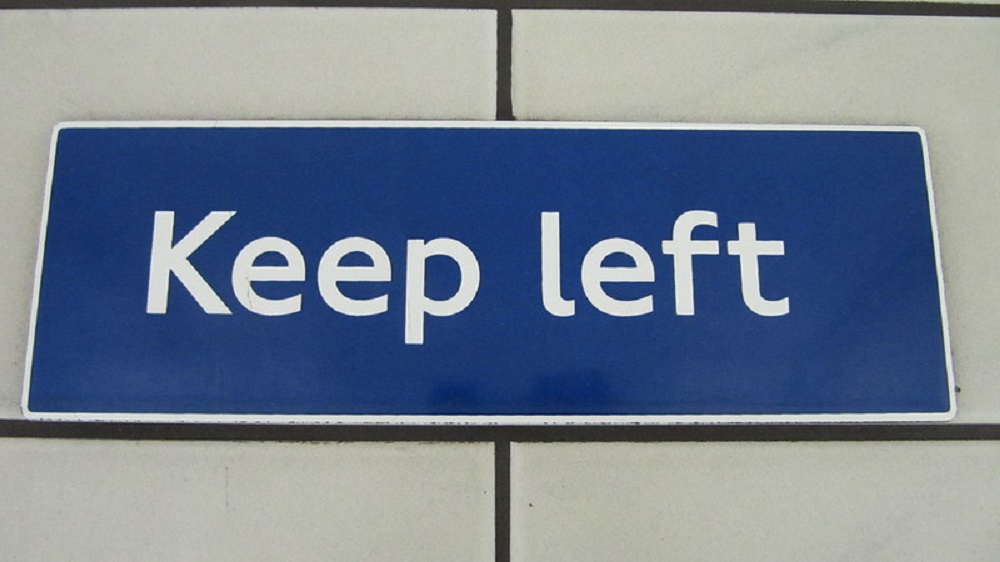 Surge Summary: Although America is split nearly 50/50 on the controversial issues of the day, why is it that its government, culture, media and business are overwhelmingly liberal in their attitudes? The Righteous in the nation have failed to stand for truth and proclaim the message of God’s Kingdom to a needy country.

Yet, due to the marginal Evangelical and Pro-life Catholic Christian input and impact on the culture, this is not what we find. “If it [corporate America] takes a position on the hot button social issues around which our politics revolve, almost every major institution in America that is not explicitly conservative leans left. In a country where Republicans get around half the votes or something close to that in every election, why should this be the case?”1

As clear evidence we only need to point out the infamous day in corporate history when “350 companies, including Apple, AT&T, Staples, and Target, filed amicus curiae briefs urging the Supreme Court to strike down same-sex marriage bans,” and then engaged in uproarious festivities as five U.S. Supreme Court Justices somehow discovered the “right” to homosexual marriage somewhere in the U.S. Constitution. www.washingtonpost.com/news/wonk/wp/2015/06/26/companies-celebrate-the-supreme-courts-same-sex-marriage-ruling/?variant=116ae929826d1fd3

For an answer to the question why corporations are woke, we must look at what has changed in the last decade. According to Hanania, the answer is found in the marshaling, organizing, and making ready for action. He writes: “My theory that institutions are captured by whatever segments of the population are most mobilized would predict that the mobilization gap between liberals and conservatives has increased over the last several years.”2

The answer to that question is indeed not that difficult. Newsrooms, education, sports, arts and entertainment, government, Fortune 500, Big Tech, and medicine lean left because American Christendom abandoned public education and the public square over the last 100 years. This in direct disobedience to Jesus’ Kingdom assignment to His disciples at Caesarea Philippi [Matthew 16:18] in explaining that His ekklesia was to be positioned in the rough and tumble of the public arena.

America’s Founders established a Biblically based culture to emphasize that the glory of a nation lies in its righteousness, not in its GDP or military prowess [Proverbs 14:34]. Solomon aptly put it thus: “Righteousness [moral and spiritual integrity and virtuous character] exalts a nation, but sin is a disgrace to any people.”

Odious and deplorable might be the epitaph writ large all over mid-20th century and early 21st century America as profane secularism debased and distorted the culture. A common view among America’s Founders was that Christianity was necessary for happiness and political prosperity, as well as to promote virtue and keep vice at bay.3

What happened to America in this period amounts to one of history’s most profound deceptions, as expressed in Genesis 3:1: “Did God really say…?”

A nation “founded for the glory of God and advancement of the Christian faith” [Mayflower Compact, November 11, 1620] has now sanctioned, and even empowered, the demolition of the Biblically based culture established by America’s Founders, with secular Justices removing prayer in 1962 [Engel v. Vitale], the Bible in 1963 [Abington School District v. Schempp], the Ten Commandments in 1980 [Stone v. Graham], discovering the right to kill unborn babies in 1973 [Roe v. Wade], exalting and codifying into law homosexual sin and same-sex marriage in 2015 [Obergefell v. Hodges], and expanding homosexual and transgender rights in 2020 [Bostock v. Clayton County].

As a result, cultural Marxism is gaining momentum in contemporary America, along with its ideological compulsive obsession with “diversity” and “tolerance,” amidst its banning of opposing viewpoints that conflict with leftist orthodoxy and validating the violation of First Amendment rights by its allies, Amazon, Apple, Facebook, Google, and YouTube.

These niggling, insidious “deities” have become the sole arbiters of truth in America, of right and wrong – judge, jury, and executioner – whom through deceit and conceit have forged a false sense of order and justice.

They censored and silenced Dr. Vladimir Zelenko through their multiple media platforms, including an all-out ban on Twitter, for recommending hydroxychloroquineand other effective treatments for Covid-19.

Not for the first time missing the mark completely, Big Tech, MSM, Democrats, and their “vax-demic” hype, may by now have noticed that Dr. Zelenko got nominated for the Nobel Peace Prize for his role in addressing the coronavirus pandemic. noqreport.com/2021/04/30/hcq-proponent-dr-vladimir-zelenko-to-receive-nobel-prize/

It’s worth noting that Dr. Zelenko’s responsible medical approach to Covid-19 runs counter to Dr. Anthony Fauci’s unwholesome decrees and edicts. Admitting to lying to the public to tip the scales, Dr. Fauci is the one who should have been debarred.

Americans must begin to understand that there is a ratio in American education of about 10 or 15 to 1 for left-wing to right-wing Ph.D. students and a somewhat smaller but still very substantial gap among students undertaking a master’s degree. This unfair and preferential management is the corollary of government-run secular indoctrination in public schools.

This brings us again to Mark Steyn’s truism about delivering the American culture from cultural Marxism’s offshoots: secularism, political correctness, and multiculturalism.

“If public education is radically secular; if Apple, Amazon, Facebook, YouTube, & Google manipulate social media by censoring and discriminating against and Biblical worldview conservatives; if Kim, Kourtney, and Khloe’ Kardashian are role models tutoring our prepubescent daughters; if Girls Gone Wild and the next celebrity sex tape is exalted and posited as something to emulate through pagan Big Tech and Corporate America giants, then having an ‘R’ behind one’s name isn’t going to make much difference.”

America has come to her kairos. Having left God out of their equation 400 years after the Protestant Reformation in the 16th century, Germany discovered in 1933-1945 that there is no safety in distance from God. America has now come to her own defining moment: Evangelical and Pro-life Catholic Christians must move into the public square or forfeit their country.

In Psalm 58:3-5, David had this to say: “The wicked are estranged from the womb; These go astray from birth, speaking lies [even twisted partial truths]. Their poison is like the venom of a serpent; Or of the skillful enchanter casting [cunning] spells.”

Charles Haddon Spurgeon [1834–1892], England’s 19th-century “Prince of Preachers” commented on Psalm 58 with “Ungodly men are not to be won to right by arguments the most logical or appeals the most pathetic. Try all your arts, ye preachers of the word! Lay yourselves out to meet the prejudices and tastes of sinners, and ye shall yet have to cry, ‘Who hath believed our report?’ It is not in your music, but in the sinner’s ear that the cause of failure lies, and it is only the power of God that can remove it.”

The power to “win” the culture and to remove the impurities are found only in Jesus Christ, the Son of God and Lord of life; and not in so-called omniscient, omnipotent, omnipresent government.

Gideons and Rahabs are called into the public square.

The post Americans Split 50/50 on Big Issues … So Why Does Everything Seem to Go Liberal? appeared first on DailySurge.