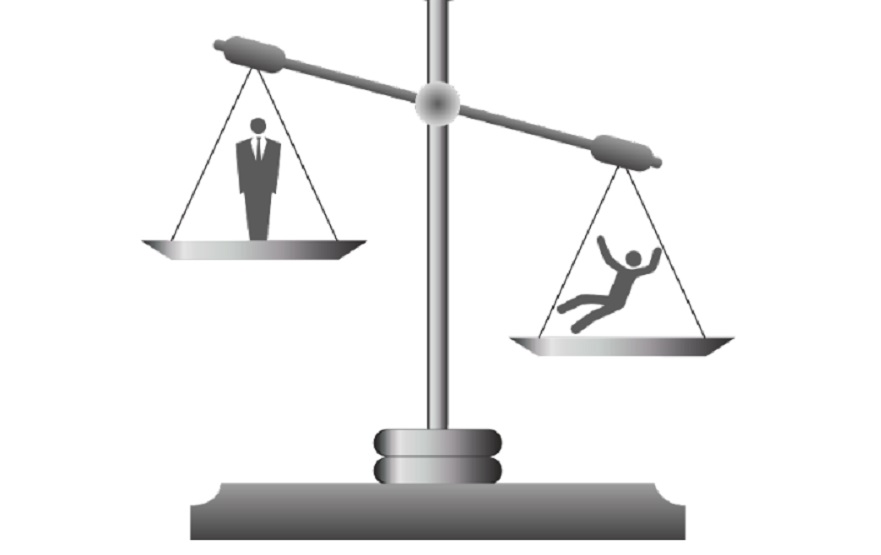 Surge Summary: A circuit court judge ruling on a “public nudity” dispute demonstrates the insanity that is taking over American society as a whole.

If any more evidence were needed that many ruling elites are literally insane, that is, unable to perceive reality the way normal people do, yet another federal judge has provided it.

Noting that times had changed, he quipped, “We’re not in the same Neanderthal-type environment” as before.

At issue is Ocean City, Maryland’s ordinance barring bare-chested women in public. Violators are subject to a fine of $1,000. Officials of the family-oriented, 10-mile-long beach resort had thought this issue had been put to rest last year when federal District Judge James K. Bredar upheld it.  He cited precedents and community moral standards.

“Protecting the public sensibilities from the public display of areas of the body traditionally viewed as erogenous zones – including female, but not male, breasts – is an important government objective,” he wrote.

Ironically, the sensible Judge Bredar was appointed to the federal bench by Barack Obama, who is even now lending his considerable clout to the unholy cause of sexual anarchy.

As for Gregory, he was a Bill Clinton recess appointment in 2000, re-affirmed by George W. Bush the next year.

The women who want to, uh, go free in public, filed an appeal of Judge Bredar’s ruling, citing the Equal Protection Clause.  Their attorney, Devon M. Jacob, insisted that the law unfairly imposes “sexist ideologies of a very small group of people on the masses.”

Where does he do his research, the Sunny Buns Nudist Camp?

In any case, whenever someone starts talking about the interests of “the masses,” you know we’ve got a disciple of Marx and Lenin on the loose, plus, in this case, at least one of the Three Stooges.  Nix that.  Moe, Larry and Curly did some comic drag, but never confused men with “dames.”

Nor did our nation’s armed forces, until our woke president, Joe Biden, got into the act.

There’s little doubt that the publicity-seeking, beachy women who prompted the challenge have been emboldened by the cultural success of the LGBTQ movement, and most recently the transgender blitzkrieg.  If libraries host Drag Queen Story Hours for small children, and California Republicans can seriously consider Caitlyn Jenner for governor, anything can happen. So, they’re taking another grab at the brass ring of public nudity.

As for Judge Gregory, I’d like to think Mr. Bush is kicking himself for this one, much like Dwight Eisenhower publicly regretted appointing the ultra-liberal Earl Warren to the Supreme Court.  But I’m not so sure anymore.

Regardless of his bipartisan support, Gregory seems determined to carve out a niche as a far-left jurist.

In 2017, he dissented from the majority’s ruling in American Legion v. American Humanist Association that upheld the Bladensburg Peace Cross Memorial from World War I, which atheist activists were trying to tear down. Erected in a traffic circle in 1925 to honor Maryland’s fallen in the Great War, the 40-foot cross was said by the plaintiffs to violate the Establishment Clause.

In June 2019, the U.S. Supreme Court ruled that the atheists could take a hike and the cross could stay.

Also in 2017, Gregory wrote for the majority in an en banc opinion upholding an injunction blocking President Trump’s travel ban from several terror-prone nations. Although the U.S. Supreme Court in 2018 upheld Mr. Trump’s common-sense measure in a 5-4 ruling, Joe Biden quickly reversed it with an executive order.  Thanks, Joe. The next terrorist attack is on you.

In 2014, Gregory was part of a three-judge panel’s majority opinion in Bostic v. Schaefer, striking down Virginia’s voter-approved constitutional amendment defining marriage as the union of a man and a woman.

Well, why not?  If men and women aren’t physically distinguishable in any meaningful way, why not eject an entire sex from the marriage formula? It’s all in your head, anyway, we’re told by the woke chorus that’s bent on drowning out common sense and the liberty to disagree.

About the only good to come out of this topless case for the citizens of Ocean City is the publicity factor. Is it May already? Why, that can only mean that we’re on the cusp of summer and 300,000 people heading to the beach. Paint that wall. Dust off that merry go round.  Where are those crab pots?

Of course, if the case goes the wrong way and can’t be remedied, thousands of families might head north instead to Ocean City, New Jersey.  That’s the Methodist-founded resort where nudity is not only banned but also the alcoholic drinks that might inspire some to test that ordinance.

As someone who once edited The Maryland Coast Press (since succeeded by the Maryland Coast Dispatch), I’m rooting heavily for Maryland’s Ocean City to prevail against the loosened female plaintiffs.

I don’t care if these women have no shame or sense of decency.  They have no business flashing everybody, including children. Any judge who doesn’t get that doesn’t deserve to sit on the bench.

On the other hand, he might be the perfect candidate for Joe Biden/Kamala Harris when they’re handed an opening on the Supreme Court.

Image Adapted from:  succo from Pixabay