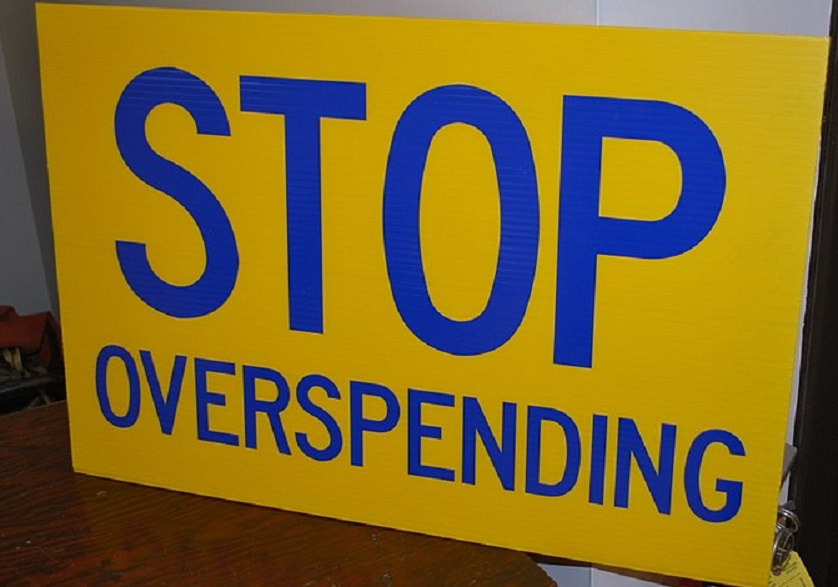 Surge Summary: Under both Republican and Democratic administrations and congresses, out of control spending has become the norm in the USA. This is unsupportable and will lead to inevitable crisis.

For years, I have been sounding the alarm about chronic federal deficit spending—practiced by both Republicans and Democrats—steering our country into a fiscal abyss. I feel like a broken record as I periodically chronicle the folly of it all. The process has taken on a sense of inevitability as we watch what feels to me like a slow-motion train wreck.

I have remarked on various milestones along this dangerous course:

Americans as a people and a polity are astoundingly indifferent to debt and have embraced it as the (temporarily) normal way to live.

One significant marker along the way was the grim prospect of more of our tax dollars going to service the national debt than to national defense. (I also pointed out that this has only been possible because a compliant central bank, the Federal Reserve System, has suppressed interest rates—the cost of borrowing money—for over a decade and, indeed, has painted itself into a corner that makes ultra-low interest rates the only policy option until a financial cataclysm occurs.)

I noted that populist President Donald Trump—despite adopting a number of economically intelligent policies—was completely unwilling to rein in federal spending. Unlike some Republican leaders in previous years, Trump perceived that Democrats’ big-spending agenda was unstoppable. He indicated this major concession by readily agreeing to suspend Uncle Sam’s statutory debt ceiling in the summer of 2019 and then adopted a $1.4 trillion increase in the government’s discretionary spending in December 2019.

Since then, the deficit spending problem has accelerated at a dizzying pace. The pretext or trigger or (ir)rationale (whatever you prefer to call it) was the COVID-19 pandemic. In my article about the December 2019 spending blowout, I underscored the simple mathematic fact of life that federal deficits were growing because even though the government’s revenue was increasing by four percent, spending was rising by eight percent. Fast-forward to the present: According to bipartisanpolicy.org’s Deficit Tracker, as of this April, “While revenues have grown 6% year-over-year, cumulative spending has surged 45% above last year’s pace.”

Again, the pretext or trigger for this was the enormously problematical federal response to the COVID-19 pandemic. Thus, in Fiscal Year 2020, the federal government spent $6.55 trillion while collecting $3.42 trillion in revenue. In other words, almost half of federal spending was covered by new debt. This happened with the full support of a Republican president.

It has gotten worse under President Joe Biden. Currently, more than half of federal spending is being financed by debt. Apparently determined to reestablish the Democratic brand as the party of Bigger Government, Biden already has pushed through his $1.9 trillion “American Rescue Plan.” And now he is pushing his “infrastructure” package with an initial price tag of $2.2 trillion, although the Wall Street Journal estimates that it could ultimately cost over $4 trillion.

Meanwhile, having recently completed my 2020 income tax forms, it struck me that Uncle Sam is paying me more than I am paying him. I am the definition of a middle-class taxpayer, by no means a poverty case. So tell me: How can any government afford to pay its middle-income citizens more than they pay the government? This brings to mind President Grover Cleveland’s statement, “Though the people support the government, the government should not support the people.” The government not only “should not” support us, it literally cannot. Government has no wealth but what it first takes from real people, so if most people either pay no taxes or receive payments from the government, the inevitable result is an unviable fiscal policy.

This is folly—fiscal insanity, actually—of the first order. And yet, official Washington charges blithely on toward its eventual fiscal crack-up.

The post Wake Up? Somebody? Washington’s Bi-Partisan Fiscal Folly … Road to Disaster appeared first on DailySurge.