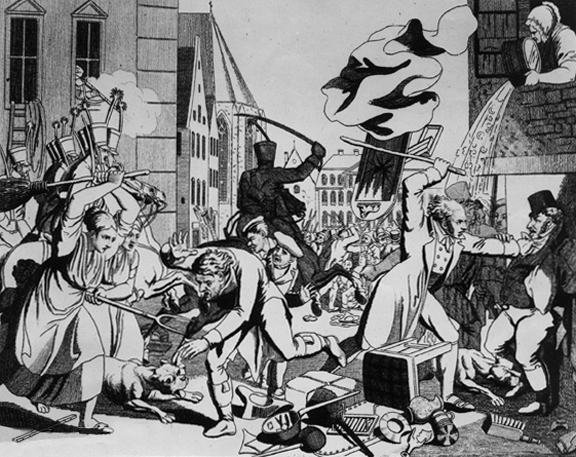 They bedeviled Europe for hundreds of years.  Sadly, pogroms were often carried out by people who thought of themselves as Christians.  Now it is happening again in the Jewish state itself.

When Donald Trump moved the U.S. embassy from Tel Aviv to Jerusalem, virtually nothing happened in Israel.  Yes, there was some rioting in Gaza.  But it was far from the “eruption of violence in the Arab street” that so many foreign policy experts predicted.

That’s because the Arab world and many Palestinians understood the clear messages from Donald Trump.  He made it clear that America was standing firmly behind Israel, and they had better come to terms with Israel because we weren’t going to force the Jewish state into a bad deal.

Even as pogroms are taking place and as Hamas rains down 1,200 rockets on Israeli communities, the Biden Administration today is insisting that “Israel has an extra burden . . . to avoid civilian casualties.”

So, it’s no surprise that with Biden back in the White House, not to mention the growing influence of anti-Israel and anti-Semitic progressives like Alexandria Ocasio-Cortez, Rashida Tlaib and Ilhan Omar, Israel’s enemies are emboldened and on the attack.

Please join me in praying for the peace of Jerusalem.