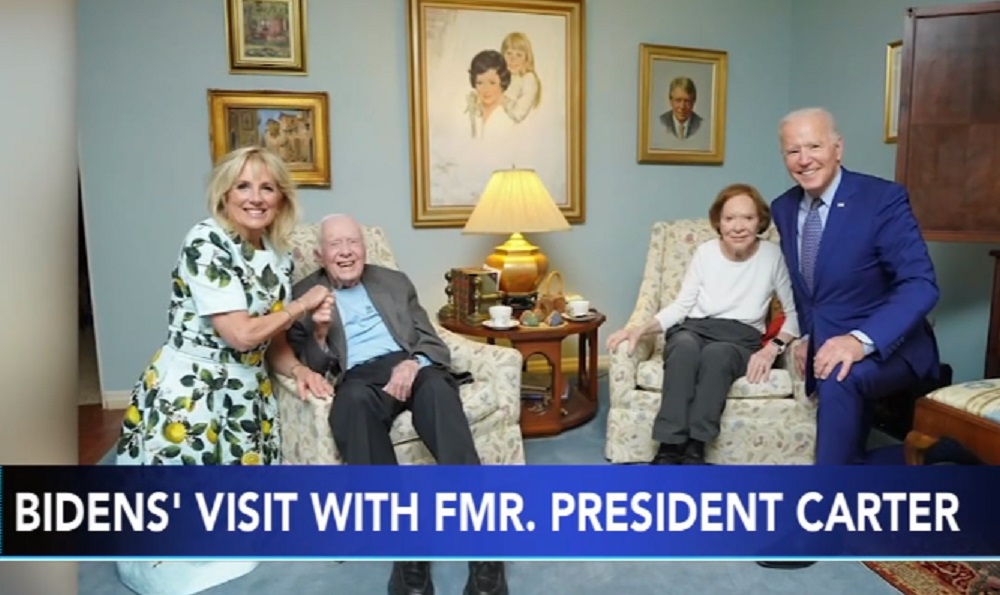 Surge Summary: Just shy of four months into the Joe Biden administration, the new president is driving the nation into a 1970’s-style ditch, reminiscent of the presidency of another Democrat: Jimmy Carter.

Joe Biden is taking us back to the 1970s.  In the aftermath of the Colonial Pipeline cyberattack, Americans along the East Coast are facing significant gas shortages and long lines at the pump for the first time since the Carter years.  And surging inflation is back too.

Jimmy Carter was a nice man, but he was a disastrous president because he was weak.  Throughout the Carter years, America careened from one crisis to another, and it’s happening again.

Some say Joe Biden is a nice man.  But he immediately signaled weakness at the U.S. border.  He canceled the border wall.  And now record amounts of drugs and record numbers of illegal aliens are pouring across the border.

Biden signaled weakness in the Middle East by restoring funding to the Palestinians, and begging the Islamic thugs who run Iran for a new nuclear deal.  Now, after years of peace, Israel is once again under attack.  And Iranian gunboats are once again harassing the mighty U.S. Navy.

Biden signaled weakness against communist China by refusing to call the coronavirus what it is – the Chinese communist virus.  He allowed communist Chinese officials to come to the U.S. and insult us.  Now official communist Chinese propaganda outlets are openly mocking Biden, and Beijing is threatening to invade Taiwan.

Not everyone liked Donald Trump.  For some, he was too loud and aggressive.  I think he was a great president.  More importantly, bad actors around the world were afraid of him.  Today, those bad actors do not fear or respect our president.

So, they rush our border, mock our country, attack our allies and harass our navy.  And it will continue to get worse until somebody in the White House wakes up.

The post Second Term of Carter Administration? 100-Plus Days into the Joe Biden Presidency appeared first on DailySurge.