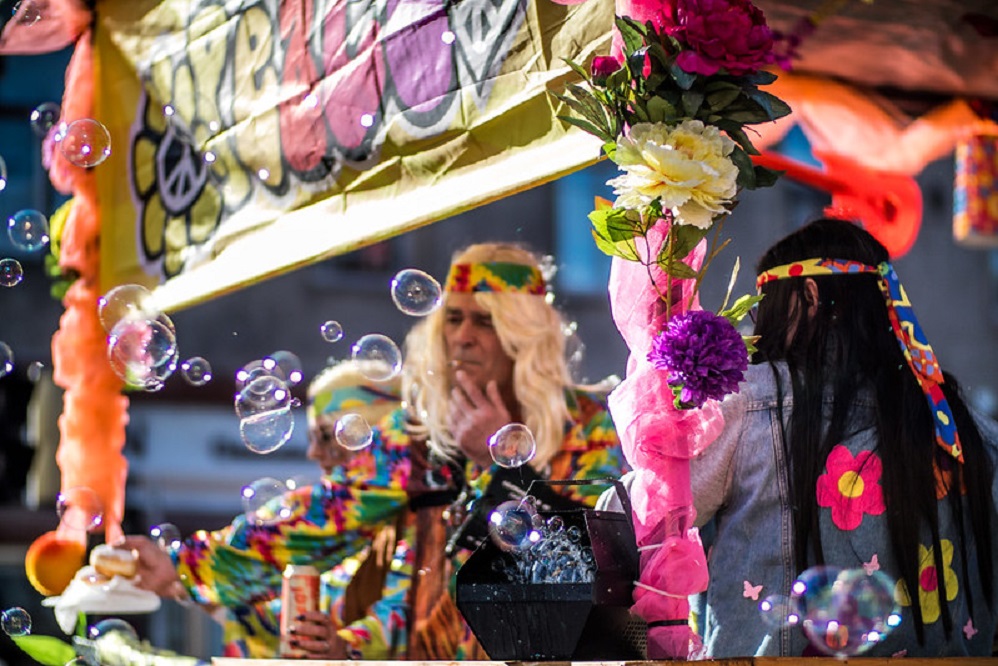 Surge Summary: The “hippie” era of the 1960s has some helpful insights to share for those wondering how to respond sensibly and redemptively to the chaos of the 2020’s “social justice warriors” movement. Question is: Will godly people step up to the challenge?

Are there parallels between the anti-war, hippies of the 1960s and today’s social justice warriors? Are there valuable lessons we can learn from the past, both cultural and spiritual, that will give us insight for today?

Growing up in the 60s (I was born in 1955), I lived through the anti-war movement. But for me, being a few years younger than the activists, that era was all about rock music and drugs. Giving the “peace” sign was just something we hippies did.

“Peace, man,” we would say while holding up two fingers. Our mantra was, “Make love not war.”

As for being anti-war, that was hardly a philosophical issue for me. It was simply pragmatic: I was getting high and playing drums in a rock band. Why on earth would I want to go to Vietnam to be killed in battle?

But for others, there really were serious philosophical issues, and deep questions were being asked.

Of course, even in my world, as we sit around and got high, we would also talk about spiritual things, endlessly, by the hour. There was a search for meaning and truth, and we knew there was something more than just going to work and having a family.

As for the naïve attempts to find a perfect world in hippie communes, there was sincerity in the dream. Let’s get away from the rat race and from the pollution and violence of the big city, and let’s live naturally as one big, happy family.

Today, if we can look past the craziness (and violence) of groups like Antifa or the absurdity of the woke mentality (see here for a recent example) or the dangers of intersectional thinking, there is something similar going on.

Even when young people come down on the wrong side of social issues, becoming advocates for the most radical elements of LGBTQ ideologies or accusing Israel of committing genocide against the Palestinians, there is often a cry for justice behind their zeal.

In other words, they are convinced that gays (or Palestinians or others) are victims of gross injustice, and they want to side with the underdog and make things right. When it comes to racial inequality, they don’t only want equal opportunities for all, they want equal outcomes.

Put another way, what they long for and what they want to bring about (even by force) is a Marxist utopia, similar to what the hippies were looking for on their communes. It will be paradise on earth.

Unfortunately, since human nature remains the same, the dream goes up in smoke, with the 60s ultimately building the platform for the sexual revolution, radical feminism, gay liberation, Roe v. Wade, and more. So much for finding a better way of life.

And today, we see the terribly destructive direction of cancel culture and oppressive wokeness. It is anything but a passive call to “make love, not war.” Today’s activism breathes the spirit of the Weathermen and Black Panthers of the 60s. Today’s activism is armed and angry.

Writing in the important new book Cancel Culture: And the Left’s Long March, Kristian Jenkins observed, “What we invariably discover is that the excitable young rabble rousers have gotten a little bit ahead of themselves. They fondly imagine, in their unseasoned youth, that they are the first dauntless adventurers to discover the principle of justice, and its inevitable foil, injustice. Incandescent, they set out pumped full of righteous indignation determined to overturn oppression and inequality. But in their exuberance they overlook vital facts. Yes, a fallen and imperfect world made up of fallen and imperfect people is bound to be subject to injustice in places. But the thing is, wiser heads than theirs have spotted this already and have over time written into the laws, constitutions and institutions safeguards like the separation of powers, democratic principles, the rule of law, free speech and so on, precisely to guard against the overreach of power by those that hold it.”

He continued, “In essence this is the root cause of all the incessant leftist overreach. The radicals and the revolutionaries of the left identify genuine injustice and determine to fix it. All well and good so far, but from the outset their objectives are built on faulty foundations. Unlike liberals and conservatives—who also want to address injustice but recognise the necessity to do so gradually, sometimes, and sensitively, always, careful to keep what works and cautious of unintended consequences—leftists see injustice as evidence that the whole edifice is rotten and oppressive and must be pulled down in entirety, beams, bricks, buttresses, the lot. Out goes the bath water, along with the baby, the bath and the rubber ducky. And if pig-headed reactionaries don’t get it they deserve to suffer the consequences. The Great Terror, the Great Purge, the Cultural Revolution.”

Talk about hitting the nail on the head. Jenkins has truly nailed it here.

What, then, can we learn from the past? You could say that the flesh and the world answered the cry of the 60s seekers while the church, by and large, failed to answer that cry. That’s because the church primarily saw the rebellion and the sin of the younger generation – the sex, drugs, rock-n-roll and Eastern religion – while missing the spiritual search and the cry for a better world that was behind it.

Today, we can easily lose sight of the cry for a better world and the longing for justice and purpose in the midst of the craziness of the autonomous zones and the oppressive madness of cancel culture.

We who are followers of Jesus should seize this moment, not only praying fervently for these young activists and their allies, but also telling them (and demonstrating!) that: 1) the teaching and example of Jesus are the ultimate path for social transformation; 2) true reconciliation can only come when hearts are changed; 3) in ourselves, we will only make a bad world even worse. We need to be saved ourselves!

So, while we must continue to critique and expose the dangerous agenda of the left, let us also reach out redemptively to those who, like many hippies more than 50 years ago, are on a real search for the meaning of life. Let’s show them the way.

The post Peaceniks of the 1960s … Social Justice Warriors of the 2020s … For Sensible People There’s Lots to Learn appeared first on DailySurge.