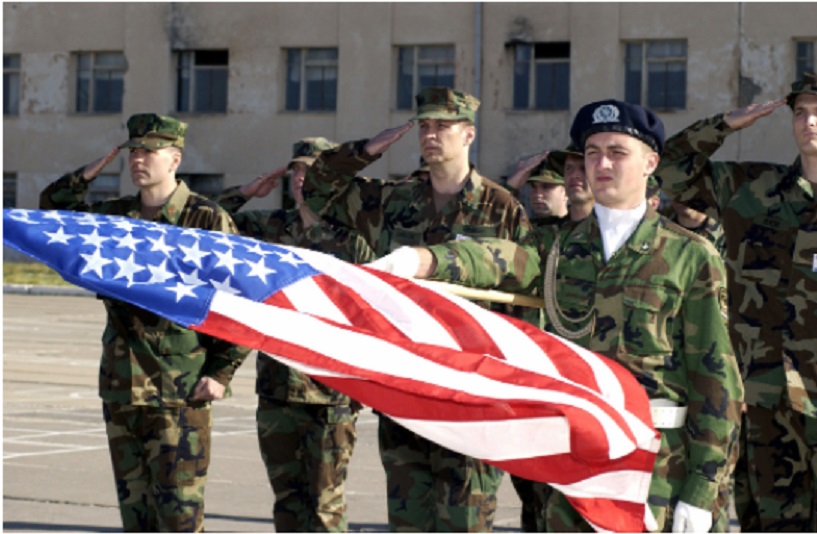 Surge Summary: In a truly bizarre – and malevolent – approach to national defense, segments of our military are indoctrinating the members of America’s armed forces to despise their own nation … courtesy of phony and inaccurate (Marxist) propaganda about the “history” of the USA. One courageous officer who has called out this nonsense is now facing a threat to his career for doing so.

Marxists in The Military

I’d like you to imagine a nightmare scenario.  Imagine that communists, whether Soviet-era communists during the Cold War or the Chinese communists now, infiltrated our military.

Imagine that they were teaching our brave men and women in uniform that the country they are being asked to fight and die for is actually an evil nation built on white supremacy, slavery and discrimination.

If an enemy could ever do that to us, America would be doomed.  No army is going to fight and die for a nation it believes is evil.  But that is exactly what is happening in the American military right now.

Under the guise of fighting racism, our military personnel are being required to read books and watch videos promoting critical race theory, which is simply repackaged Marxism based on the lie that people’s lives are determined by their race.  It teaches that white people are inherently oppressors, and that America is evil.

Lieutenant Colonel Matthew Lohmeier of the Space Force, an important new wing of our military, recently had to read a book that repeatedly called America “a white supremacist nation.”

Lohmeier blew the whistle on this radical ideology, and now he’s fighting to keep his job.

Whatever happens, he’s already a hero.  He is battling domestic enemies who are undermining the very idea of America and trying to erase over 100 years of racial progress.  Lt. Col. Lohmeier doesn’t deserve to be fired.  He deserves a medal.