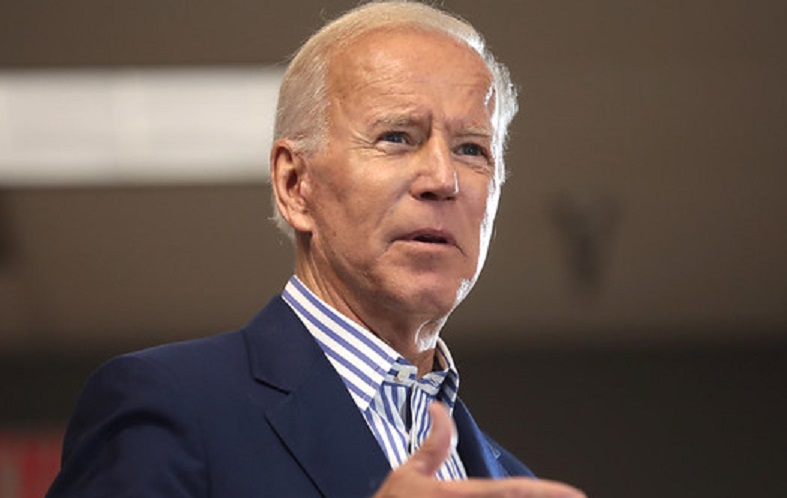 Surge Summary: Recently, President Biden released a proclamation addressing the topic of the “power of prayer”. He never mentioned God in the text however. How can one pray effectively if one is not praying to Someone?

It’s difficult to understand how prayer has any meaning aside from God. Omit God from the equation, and what do you have? Little more than religious sentiment amounting to a pleasant smile on a dog. To whom do we give thanks? Perhaps it’s a generic god – a god who is a jack of all trades but the master of none of us.

Biden’s proclamation reminds me of a prayer recently offered by a Senator in the North Carolina General Assembly. At the beginning of the Session for the day, she offered a prayer, if you can call it that, which omitted the name of God and called on “Holy Creativity.”

I understand that in our system of public life, we preserve and protect the freedom of every religious persuasion. Still, Judeo-Christian values built this country. Noah Webster rightly said, “The religion which has introduced civil liberty is the religion of Christ and his apostles.”

So, when a country prays and makes an appeal for help and guidance, it needs to be to someone who can actually grant its petitions. It should be lifted to the God of Abraham, Isaac, and Jacob – the God and Father of our Lord Jesus Christ, the God of our fathers, the God of our nation’s founders. To do otherwise is just a form of idolatry. To do otherwise offends God, and that’s not very smart at a time when we desperately need him.

Contrast such prayers with the ones recently offered at a National Day of Prayer service in front of North Carolina’s Legislative Building in Raleigh. Approximately two dozen lawmakers from the House and Senate called upon God in public prayer, imploring him to bless and save our nation.

One lawmaker at this same service even called on God, asking the Lord to reveal himself to people who didn’t know Christ as Savior. In my forty-one years of ministry, that was the first time I ever heard a public official offer an earnest prayer for, as he said it, “the lost.” Powerful!

This week was Crossover week in the Tar Heel State’s Legislature. Crossover is when lawmakers feverishly work to get their bills passed and “crossed over” from one chamber to the other before the deadline, lest their bills are no longer considered for the rest of the legislative biennium. At the beginning of the last day of Crossover, the Senator who gave the opening prayer highlighted the need for every person to “cross over” from darkness to light in a personal relationship with Jesus Christ. That was a powerful prayer too!

The Bible tells us, “Fear of the LORD is the foundation of wisdom. Knowledge of the Holy One results in good judgment” (Proverbs 9:10).

Although President Biden’s proclamation omitted God, interestingly, it included a statement about the role of prayer in confronting “the crisis and challenges of our time – from a deadly pandemic to the loss of lives and livelihoods in its wake, to a reckoning on racial justice” etc.

The President added, “Let us find in our prayers; however they are delivered, the determination to overcome adversity, rise above our differences and come together to meet this moment in history.”

The President’s proclamation unquestionably reflected the longing of many Americans for help and healing to overcome our significant problems, but then proudly refused to acknowledge the only One who could provide it.

Dr. George Sweeting, former president of Moody Bible Institute, tells a story about a woman who once told him that she longed for peace and the wisdom to deal with her difficulties. Following High School, she had married, but it didn’t make her happy. She had very little communication with her husband beyond the physical level. She had one baby after another and soon was living just for her four children. Her life was an empty routine of strife and overwhelming confusion.

One day she was invited by a friend to attend an evangelistic meeting where she heard the Gospel and realized a personal relationship with Jesus was the one thing that could address her seemingly impossible needs. Upon accepting Christ as her Savior and Lord, she said she literally came alive.

Still, despite the tremendous joy she had realized, there remained a great gulf between her and her husband. In counseling her, Sweeting advised that her husband also needed to know Christ and she was the key to winning him. This prompted her to pray to God and substitute her own understanding with the wisdom that comes from the Lord and his Word.

Dr. Sweeting said soon she was learning how to avoid unnecessary strife. Her housekeeping improved. She became gentle and easy to entreat. She even decided to work off some excess pounds to improve her personal appearance.

One day she came back to Sweeting and said to him, “You know, Dr. Sweeting, the other day my husband kissed me and said, ‘Things have certainly been different, darling!’” Then she said, “You know, it’s working.”

Yes, acknowledging God and substituting our ways for his, works. And what worked for that woman on a personal level, and millions of others like her, will also work corporately for us as a nation.

Prayer is not promised to be effectual unless we humble ourselves, repent of our proud, stubborn sinful ways, acknowledge God as sovereign, his Son, Jesus Christ as Savior, and earnestly entreat and trust him for what’s needed.

The post Head-Scratcher: President Biden’s National Proclamation of Prayer to No God appeared first on DailySurge.