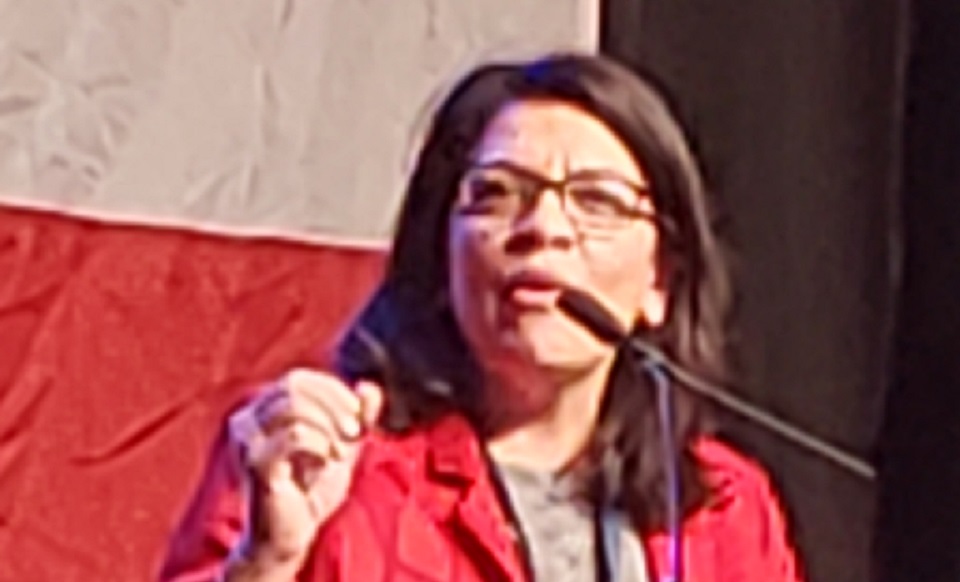 Surge Summary: It appears anti-Israel, terrorist-defending Congresswoman Rashida Tlaib (D-MI) is dissatisfied with Joe Biden’s handling of the situation in Gaza. It looks like she is having an effect on the President’s responses to Israel. Meanwhile, here in America attacks on Jews are on the upswing.

As you know, support for Israel, the homeland of the Jewish people, is one of my passions.  I have worked with Pastor John Hagee and his wonderful organization, Christians United for Israel.  Pastor Hagee and I played a major role in helping the Trump Administration develop the policies that made it the most pro-Israel administration in modern history.

As a Trump-appointee to the U.S. Commission on International Religious Freedom, I pushed the commission to aggressively confront anti-Semitism, specifically denouncing Iran, whose revolutionary goal is to wipe Israel off the wipe.

Sadly, the most powerful, rising forces in the Democrat Party today clearly intend to end bi-partisan support for Israel. The so-called “progressive movement” is extremely anti-Israel, and it is infected with anti-Semitism.

We saw it earlier this week when the Black Lives Matter organization clearly aligned itself with Hamas.  And it was on full display yesterday when Rep. Rashida Tlaib confronted President Biden at the Detroit airport.

Biden was in Michigan to promote electric vehicles.  But Tlaib wanted to confront him about the Middle East.  We don’t have the audio of their conversation, but it’s clear from the video that it was very animated.  Reports indicate that Tlaib aggressively demanded Biden do more to pressure Israel into a cease-fire.

Later, during his remarks at a Ford plant, Biden effusively praised Tlaib, even as he botched her name, saying:

Let me remind you about Tlaib’s “intellect.”  She celebrated her election to Congress by promising to “go in and impeach the mother–ker,” referring to President Trump.

Referring to the brave men and women on the Thin Blue Line, Tlaib tweeted, “Policing in our country is inherently & intentionally racist.”

And while Tlaib may be a fighter, she’s not fighting for good causes.  Not only is she an avowed socialist, her anti-Semitism is well-documented.  (Here, here and here.)

Unfortunately, it appears that Joe Biden is listening to her.  According to a White House statement, Biden called Israeli Prime Minister Benjamin Netanyahu this morning and made it clear that “he expected a significant de-escalation today on the path to a cease-fire.”

By the way, vicious anti-Israel rhetoric from Tlaib, AOC, Omar, Bernie Sanders and our leftist media is now stoking attacks on Jews right here in the United States.

Let’s be clear about what Biden and Tlaib are demanding:

This is insane!  And it sets the stage for the next round of attacks because it leaves Hamas’s terrorist infrastructure in place.

Prime Minister Netanyahu reportedly pushed back on Biden’s demand, insisting that Israel will “continue this operation until the goal is achieved — to restore peace and security to the citizens of Israel.”

The post Tlaib vs. Israel … with Joe Biden Caught in the Middle appeared first on DailySurge.