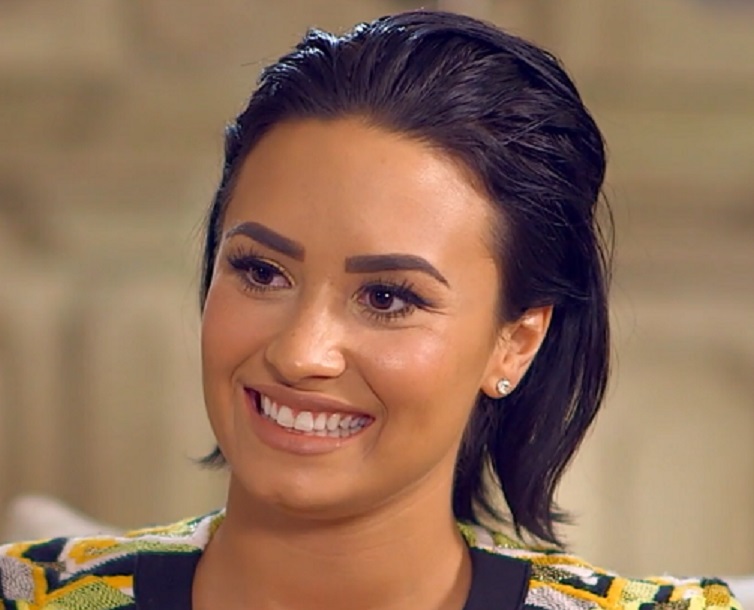 Surge Summary: Singer Demi Lovato now claims she is neither female nor male, but a non-binary person who wants to be referred to as “they”. What the celebrity is revealing is that she is confused and needs our compassion and help reconnecting with reality.

I do not write this to be cruel or judgmental. And I certainly don’t want to hurt anyone. To the contrary, I want to help. But I do write with a sense of urgency, both to the nation and to confused individuals like Demi Lovato, the latest to identify as non-binary and want to be called “they.”

To the nation, I say this: Wake up! We are losing touch with reality and engaging in dangerous semantic and ideological games. Worse still, we are not providing the real help that struggling people need.

To Demi Lovato, I say this: You are not non-binary, existing outside the realm of male or female. You are a confused woman needing help from the inside out. That’s why I will not refer to you as “they.” And I truly say this in love.

Before we look at Lovato’s recent announcement, let me repeat what I have said many times before (here, quoting from a 2016 article), if perception is substituted for reality, there is no end to the social madness that follows.

You do not just have a man being named Woman of the Year.

You do not just have a white woman who identifies as black.

You have a father of 7 who identifies as a 6-year-old girl.

You have a man who identifies as a dog named “Boomer.”

You have a young lady who believes she is a cat trapped in a woman’s body.

You have a man who has his ears removed because he identifies as a parrot.

And you have a man who changed his identity to female but who has now had “her ears and nose REMOVED to transform into a ‘dragon lady’ with scales, a forked tongue and a horned skull.”

But why not? More power to him/her/it! If that’s what he/she/it perceives himself/herself/itself to be, why not?

To ask once more: why not? And how can there be any possible limit as to where this goes? There cannot.

America, wake up. We are descending rapidly into cultural madness.

That’s why the Urban Dictionary carries an entry on the term “transvaxxite,” defined as, “A person who identifies as having been vaccinated even though they haven’t actually been vaccinated.”

And the Dictionary provides this example of actual usage: “Although I was not born fully vaccinated, I identify as vaccinated. Or in other words I am a transvaxxite.”

But, to repeat my question yet again: Why not? Why is this perceived (or made-up) reality any less real than a biological male identifying as a woman or a white woman identifying as black? Where does one draw the line? And based on what?

When it comes to someone like Demi Lovato, we are not talking about a person who is intersex, suffering a serious biological or chromosomal abnormality, because of which that person cannot truly identify as male or female. Such individuals deserve great compassion and sensitivity, and every case will be different in terms of what brings them emotional and physical wholeness.

As for Lovato, in her own words, “this best represents the fluidity I feel in my gender expression. . . . I’m doing this for those out there that haven’t been able to share who they truly are with their loved ones.”

In other words, “I don’t feel like I’m really female, and I’m not male, so I’ll just identify as non-binary, in solidarity with others who share these feelings.”

Put another way (and using my words, not hers), “I am deeply confused.”

That’s why compassion compels me to say, “Let’s pray that she will get the help she really needs,” rather than saying, “They are doing a good thing and I am so proud of them.”

Yet the secular media, fully embracing this cultural madness, immediately complies, producing sentences like this (in this case, from AP News and with my emphasis): “Lovato said they picked gender-neutral pronouns as ‘this best represents the fluidity I feel in my gender expression.’ They added, ‘I’m doing this for those out there that haven’t been able to share who they truly are with their loved ones.’”

And what if, tomorrow, Lovato says, “I’ve rediscovered my female identity and wish to be referred to as ‘she’”? Then the media will comply again, and “they” becomes “she” (unless, of course, Lovato ends up identifying as transgender, in which case “she” would become “he”).

To be clear, my heart goes out to this young woman, despite her fame and wealth, and despite her saying with pride, “Today is a day I’m so happy to share more of my life with you all — I am proud to let you know that I identify as non-binary.”

And I don’t doubt that some of her motivation is to show solidarity with the LGBTQ+ community, meaning that her motives might even be commendable.

But that doesn’t change the fact that there is nothing non-binary about her (according to everything we know) other than the fact that, on the inside, she is confused and hurting.

In this case, that truth is simple: Demi, you are a woman, not a non-binary person, and the Lord wants to help you find wholeness and peace from the inside out, in your true biological identity.

The AP article referenced Allen Ramos of GLAAD, who “said nonbinary people live outside the categories of male or female and should be respected for who they are.”

But if I truly respect someone, I will not be a partner to their own delusion. Instead, I will commit to helping them to find their way back to reality, since our biological sex is not subject to our emotions or perceptions. It is what it is.

When it comes to Lovato herself, the article noted that, “The singer behind such hits as ‘Sorry Not Sorry,’ ‘Heart Attack’ and ‘Stone Cold’ recently shared their personal struggles with mental health and addiction in a YouTube documentary, which followed their journey prior to and following a near-fatal overdose in 2018.”

I suggest this is where we should put our focus, recognizing her non-binary announcement as just another symptom of an internal struggle rather than as something to celebrate.

Unfortunately, in keeping with today’s cultural insanity, in which right is called wrong and wrong is called right, for making this compassionate suggestion, I will be branded a hateful bigot.

So be it. I would rather have my love called hate than be a partner to the destruction of our culture.

The post With All Respect, Genuine Love: Celeb Is Not Non-Binary – She Is Deeply Confused appeared first on DailySurge.