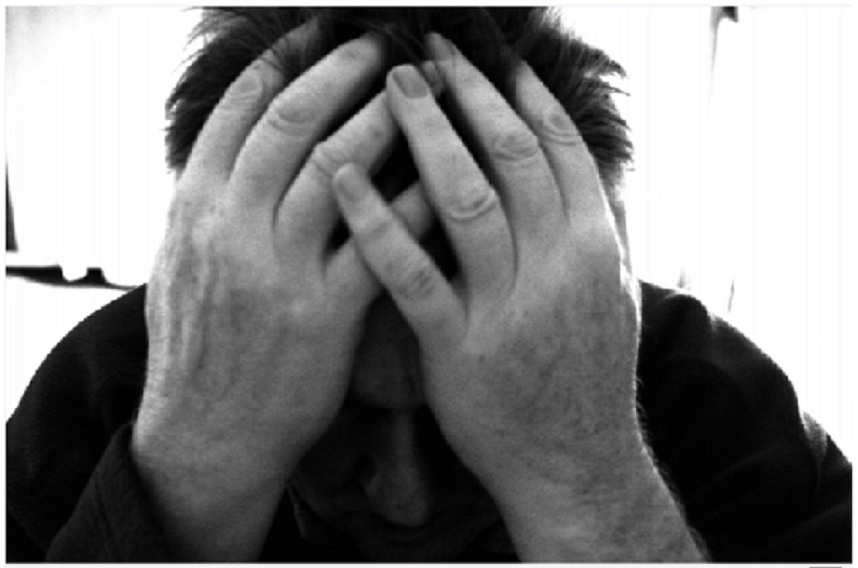 Surge Summary: God is Not Discouraged. He knows the glorious end that is on the way. So … here is no reason for those who are following Him, who are serving Him even in this challenging time, to be discouraged.

The Scriptures often speak of God being grieved or angry. But they never speak of Him being discouraged. That’s because discouragement is not an “emotion” that exists within the Godhead. How could it? Discouragement would imply despair. Or hopelessness. Or defeat. And all of these emotions – to speak of the Creator in human terms – are totally foreign to Him. Ultimately, in Jesus, they should be foreign to us as well.

Of course, it is only natural that, as human beings, even human beings who have a close relationship with the Lord, we will pass through seasons of discouragement.

The burdens of life overwhelm us. Or our hopes and expectations are not realized. Or our lofty dreams come crashing to the ground. Or things take much longer than expected. Or it seems that there’s just too much suffering and pain. Or we disappoint ourselves, convincing us that we will always be failures. Or . . . you can fill in the blank. There are countless reasons for discouragement, and, in the moment, all of them seem valid.

But in God, there is no discouragement. No sense of hopelessness. No fear of a dark future. No despair that His purposes will not come to pass.

As the Scriptures declare, He knows the end from the beginning (Isaiah 46:10) and He sees tomorrow more clearly than we see yesterday. And He knows that His purposes will prevail and that, in the end, the kingdoms of this world will become the kingdom of God and His Messiah (Revelation 11:15). Whey, then, should He be discouraged?

He knows that, one day, “the earth shall be full of the knowledge of the LORD as the waters cover the sea” (Isaiah 11:9) and, “The wolf shall dwell with the lamb, and the leopard shall lie down with the young goat, and the calf and the lion and the fattened calf together; and a little child shall lead them” (Isaiah 11:6).

He knows that the day will come when “He will wipe away every tear from [our] eyes, and death shall be no more, neither shall there be mourning, nor crying, nor pain anymore, for the former things have passed away” (Revelation 21:4).

He knows that, one day, “the ransomed of the LORD shall return and come to Zion with singing; everlasting joy shall be upon their heads; they shall obtain gladness and joy, and sorrow and sighing shall flee away” (Isaiah 35:10).

With this reality firmly in His gaze, with full assurance that Satan will be forever vanquished, and with the understanding that His will triumph perfectly for the eons to come, how can He possibly be discouraged?

Discouragement sets in when we are uncertain about the outcome of a thing, when we feel that our efforts have been in vain, when we conclude that there’s no use trying.

None of these mindsets are found in the Lord, given that He is totally certainly about the final outcome, that He knows our efforts are not in vain, and that He knows that our perseverance will pay eternal dividends.

If you knew for a fact that your team was going to win and win big, would you be discouraged during a bad part of the game? Instead, you’d be looking with anticipation and excitement for the reversal that was sure (and soon) to come.

That’s why Paul exhorted us to overcome our discouragement writing, “be steadfast, immovable, always abounding in the work of the Lord, knowing that in the Lord your labor is not in vain” (1 Corinthians 15:58).

And that’s why Peter encouraged us, even in the midst of persecution and hardship to keep our eyes firmly focused on the glorious future prepared for us, writing, “Therefore, preparing your minds for action, and being sober-minded, set your hope fully on the grace that will be brought to you at the revelation of Jesus Christ” (1 Peter 1:13).

That’s also why John reminds us of the transformation that awaits us when the Lord returns: “Beloved, we are God’s children now, and what we will be has not yet appeared; but we know that when He appears we shall be like Him, because we shall see Him as He is. And everyone who thus hopes in him purifies himself as He is pure” (1 John 3:2-3).

Psalm 2 paints the picture of the kings of the earth rising up against the Lord and His anointed one, determined to break free of their yoke. In its original context, the “anointed one” most likely spoke of King David. But in its ultimate context, it applies to King Jesus. And, according to the New Testament, it applies to the crucifixion, the world’s ultimate attempt to rid itself of the rule of God.

And how does He respond? Psalm 2 records, “He who sits in the heavens laughs; the Lord holds them in derision. Then He will speak to them in his wrath, and terrify them in his fury, saying, ‘As for Me, I have set My King on Zion, My holy hill.’” (Psalm 2:4-6)

Yes, God laughs at these futile human attempts, declaring, “I have appointed My King on My holy mountain, and no one will defeat Him.” We could further imagine Him saying, “Go ahead and kill Him. I will raise Him from the dead and exalt Him to My right hand.”

So much for discouragement!

That’s why, when Sennacherib, the mighty king of Assyria, threatened to destroy Jerusalem and exile the Jewish people, the prophet Isaiah sent Hezekiah, the king in Jerusalem, a word of encouragement, from the Lord. To paraphrase, he said, “King of Assyria and all your armies, My people shake your head at you in scorn as you flee!” (See Isaiah 37 for the details.)

And that’s why, with the Lord’s help, setting our face to worship Him, meditating on His promises, and determining to rejoice in Him no matter what, we can cast discouragement out of our hearts and minds. In reality, if we are truly leaning on Him, discouragement is a lie.

Yes, “The light shines in the darkness, and the darkness has not overcome it” (John 1:5). You can be assured it never will.

The post No, Even in 2021 … Discouragement Doesn’t Have to Get the Final Word appeared first on DailySurge.