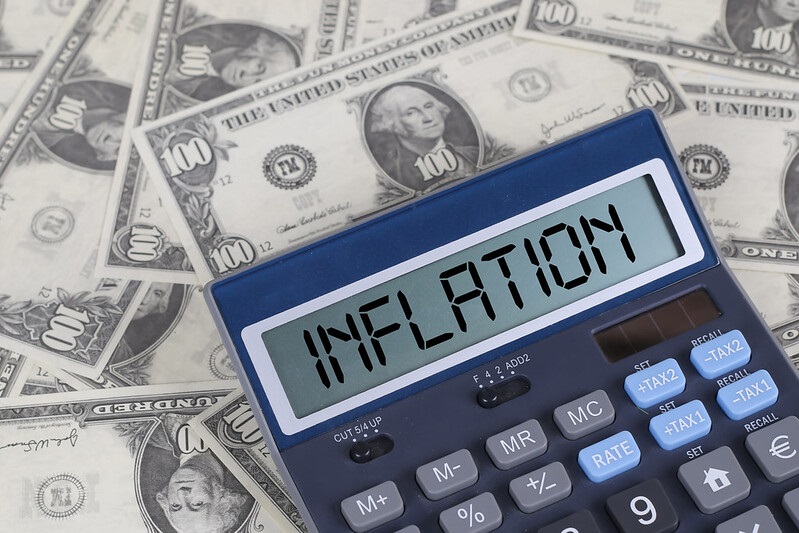 Surge Summary: The government has flooded America with dollars for many months now – so it’s no surprise serious inflation is on the rise, signaling tough times ahead for consumers. The Federal Reserve says not to worry – but that body’s track record is not encouraging.

To most people, “inflation” signifies widespread rising prices. Economists have long argued, as a matter of technical accuracy, that “inflation” denotes an increasing money supply. Frankly, though, most people don’t care what happens to the supply of money, but they care a lot about the prices they pay, so I’ll focus primarily on the numerous rapidly rising prices Americans are paying today

Following are several examples of the current inflation:

Corn, soybeans, and wheat have been trading at multi-year highs, with corn having risen from around $3.80 per bushel in January 2020 to approximately $6.75 now. Chicken wings are at all-time record highs. It is getting more expensive to eat.

Copper prices have risen to an all-time high. Steel, too, recently traded at prices 35% above the previous all-time set in 2008. Perhaps most famously, the price of lumber has nearly quadrupled since the beginning of 2020 and has nearly doubled just since January.

Naturally, with raw materials prices soaring, prices of manufactured goods are jumping, too. That is especially noticeable in the housing market, where the median price of existing homes rose to $329,100 in March—a whopping 17.2% increase from a year earlier.

The cost of driving is soaring, too. According to J.D. Power, cited in The Wall Street Journal, the average used car price has risen 16.7% and new car prices have risen 9.6% since January.

So, are you depressed yet? Perhaps you can take some comfort in Uncle Sam’s official price indexes where the price increases seem (at least at first glance) less jarring. But remember that the most commonly cited inflation indicator, the Consumer Price Index (CPI), is computed on the basis of a mythical “urban basket of goods” that often bears little relation to what you and I actually buy. The CPI, excluding food and energy, rose “only” 0.9% in March. That doesn’t sound like much, but it was the biggest one-month increase since 1981 when, for those of you too young to remember, annual inflation was 10.32%. As for the Producer Price Index (PPI), which generally precedes increases in consumer prices, it is increasing at the highest rate since 2010, according to the Department of Labor.

The Federal Reserve (Fed) has assured the public that the current inflation is transitory and that they have it under control. I don’t know the future any more than Fed officials do, but I do not share their confidence. I am skeptical because: first, the Fed since its inception has had a terrible track record accomplishing any of the tasks assigned to it by Congress; second, it’s impossible for the Fed or any other entity to control millions of prices and therefore to control the rate of inflation (to believe otherwise is a central planner’s conceit).

Tragically, the Fed has been trying for years to boost inflation to 2% annually. How bizarre that our central bank would deliberately strive to reduce the value of our money. At 2% per year, money loses half its purchasing power in 35 years. That would be half of your nest egg, Millennials!

Today’s inflation is already problematical. A higher cost of living falls hardest on the poorest Americans. Given the present uncertainty about future prices, numerous businesses are struggling to determine how much to produce, and thus are more likely to over-produce or under-produce. Furthermore, if inflation causes foreigners to lose confidence in the dollar, there could be an exodus from the dollar that could end its status as the principal global reserve currency, thereby triggering an even steeper decline in the dollar’s purchasing power.

The quantity of dollars already has risen 32.9% in the last 17 months (mostly due to the federal government’s mind-boggling spending binge). It’s possible that we have passed a tipping point where prolonged inflation higher than the hoped-for and already-objectionable 2% is unavoidable.

Hang on tight, folks. We could be in for a rough ride in the months ahead.

The post The Worst-Kept Economic Secret in America: High Inflation Is Back appeared first on DailySurge.