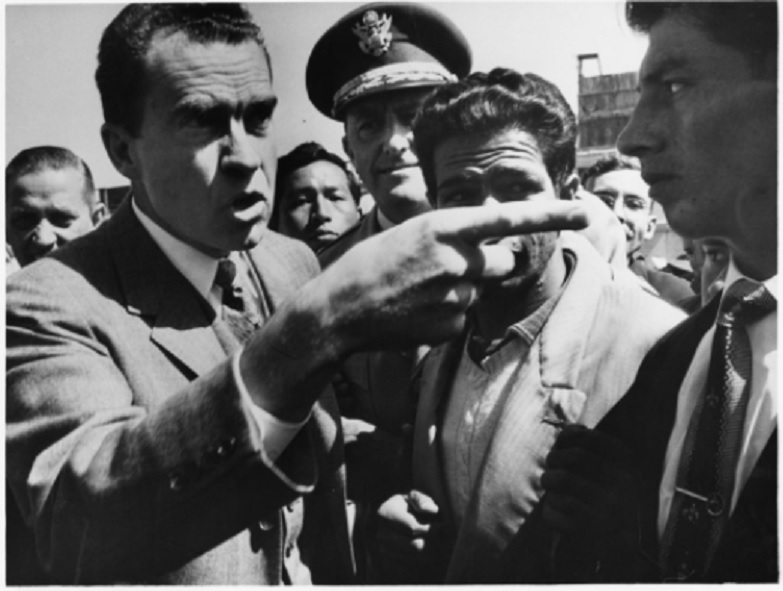 Surge Summary: The fallenness of human beings is demonstrated regularly in the failures of political leaders – which is why people need to hold government officials accountable and keep a healthy skepticism toward their use of power.

If ever there was an example of breach of the public trust, if ever there was a demonstration of political leadership’s shortcomings, it was President Richard M. Nixon and the Watergate scandal. Yet Bob Woodward, the journalist who broke the story on Watergate, has acknowledged that Nixon “had some large achievements in foreign affairs.” Even American sociologist and pastor Tony Campolo has claimed that on the domestic front, “Richard Nixon was good for the poor people of America.”

Speaking of political leadership’s shortcomings, North Carolinians just learned a former member of the North Carolina House, who was chairman of the powerful House Rules Committee, will not likely do any jail time for his crime of misusing campaign donations to help prop up his struggling farm. I know this man, and I can tell you that I believe he is a good man and has done much for the Tar Heel state despite his crime.

In fact, during my twenty-one-year tenure as a lobbyist for the Christian Action League, I’ve witnessed other lawmakers who sadly hit the wall. A former Speaker of the House plead guilty to a federal charge of public corruption and served jail time. Another lawmaker connected with the same scheme was also sent to jail. Still, another North Carolina State Senator was later convicted of misusing campaign funds and incarcerated. Others I’ve known were arrested and convicted of drunk driving offenses.

None of these individuals, in my estimation, were moral derelicts. Of course, they were grievously wrong in what they did, but like Nixon and some other fallen political leaders, they weren’t devoid of virtue or redeeming qualities.

In my musings lately about failed political leadership, let me share a few lessons I think might be garnered from these ethical breakdowns.

First, I sincerely believe the vast majority of people who enter politics are well-meaning and want to make a positive contribution to society. Nonetheless, their idealism and realism often fall into conflict. Although its true much of politics is the art of compromise, too often they succumb to compromising in ways they shouldn’t.

One of the most powerful statements ever made about Watergate was by Nixon’s “hatchet man,” Charles Colson. Colson, who went to prison for his part in the Watergate scandal, said, “I learned one thing in Watergate: I was well-intentioned but rationalized illegal behavior. You cannot live your life other than walking in the truth. Your means are as important as your ends.”

Second, we should recognize our political leaders are just human. Even the best of them are still sinners. The Bible tells of great leaders like King David, who was described as “a man after God’s own heart.” Yet it was David who wickedly abused his political authority, having Uriah the Hittite sent to the frontlines so he could claim his inevitably widowed wife, with whom David had already had an adulterous affair.

Third, the Bible teaches us to possess a healthy suspicion of government. We should be exceedingly careful about putting our complete trust in its leaders and programs.

In an article titled, Seeing Political Corruption with Biblical Eyes, Rev. Robert Barron notes something that the Devil told Jesus during his temptation experience in the desert. After enticing Jesus with the allurement of power, the Evil One points to all the great kingdoms of the world and says, “I shall give to you all this power…for it has been handed over to me, and I will give it to whomever I wish.”

“I don’t know a passage in any of the literature of the world that is as critical of political power as that one! All the kingdoms of this world belong to a fallen spiritual force,” argues Barron. “Whereas many (if not most) cultures, both ancient and modern, tend to apotheosize their political leaders, the Bible sees right through politics and politicians. One of the most important contributions of the Scriptures to contemporary politics, at least in the West, is this deep suspicion that power tends to corrupt. The institutionalization of this suspicion in complex systems of checks and balances is a healthy outgrowth of the Biblical view.”

Nevertheless, Barron adds, “Scripturally minded people should not allow their suspicion to give way to complete cynicism regarding politics.”

Barron is entirely correct. The Bible clearly teaches we should honor those who govern us. Whether we like them or not, we should recognize that they were raised to their place of leadership by God’s providence. This doesn’t imply their policies or their behavior is correct, but it does mean we should cooperate unless the state’s commands conflict with God’s commands. We should know that behind every power is God’s overruling power, and God will always, and in his own time, bring corrupt political leadership to justice.

Moreover, Barron concludes that in a democratic system such as ours, “when a politician abuses his office and uses his power for his own aggrandizement, Biblical people should rise up and protest with all the insistence, courage and eloquence of Nathan in the court of David.”

There’s so much more that could be added here, such as the need to pray regularly for our leaders. There’s also the desperate need for Christians to run for office and bring a robust Christian worldview, matched with strong Christian character, to the political process.

There will always be another news story about a fallen political leader. However, perspective is everything. Most people in politics are not bad people. Even good people who go into politics can become bad along the way. God is in control. And, Christians are always responsible for holding leaders accountable to Biblical standards, while also showing the utmost respect for their position.

The post Political Leaders Fail – Which is Why Government Should Be Limited, Held Accountable appeared first on DailySurge.