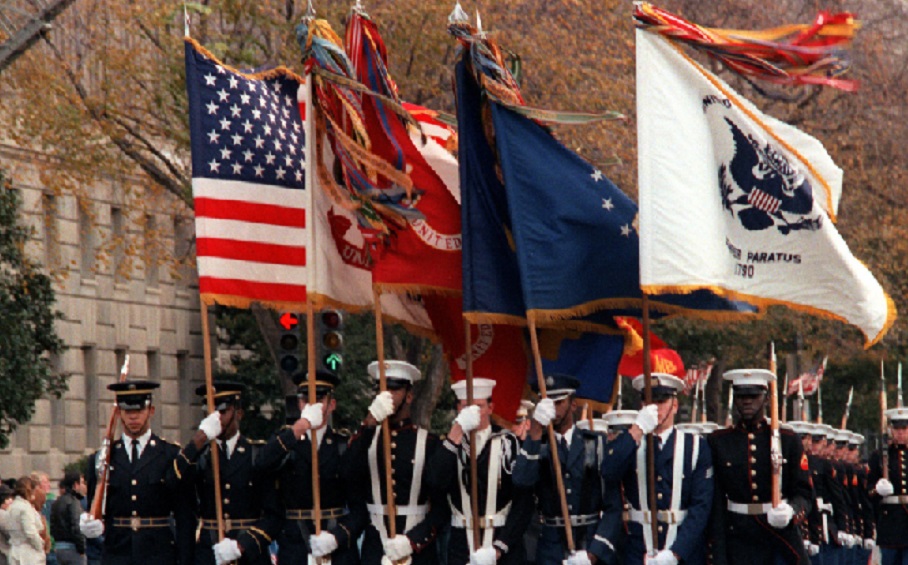 Surge Summary: The existence of Memorial Day reminds Americans of human beings’ tendency to forget the important events and individuals which have gone before them. Those who enjoy the blessings of life in the United States must ever be mindful of those who sacrificed before them to make those blessings possible.

“This nation will remain the land of the free only so long as it is the home of the brave,” said Elmer Davis, the director of the United States Office of War Information during World War II.

Memorial Day is about paying tribute to the bravest of the brave, our fallen heroes of wartime. That this nation fought four major wars before the idea of a Memorial Day became a reality is an indictment of our propensity to forget unappreciatively and the need to be ever vigilant never to do so.

Memorial Day ceremonies and celebrations should inspire us to fully appreciate what we have in times of peace and how our predecessors were willing to give so much to protect our great heritage.

“War is hell,” said William Tecumseh Sherman, the famed General of the Union Army during the conflict between the states. Sherman’s words shake us out of thinking of war merely in philosophical terms. Though often necessary, its reality is nightmarish, agony, anguish, misery, and the epitome of suffering. It’s a gruesome battle of blood and guts for survival.

Stephen Crane’s “The Red Badge of Courage” describes a young soldier’s perspective in the heat of battle. Here are a few selections from that great novel believed to be based on the Civil War battle at Chancellorsville and accounts from interviewed veterans of the 124th New York Volunteer Infantry Regiment:

“He suddenly lost concern for himself and forgot to look at the menacing fate. He became not a man but a member. He felt that something of which he was a part – a regiment, an army, a cause, or a country – was in crisis. He was welded into a common personality which was dominated by a single desire.

“There was a consciousness always of the presence of his comrades about him. He felt the subtle battle brotherhood more potent even than the cause for which they were fighting. It was a mysterious fraternity born of the smoke of danger and death.

“Presently, he began to feel the effects of the war atmosphere – a blistering sweat, a sensation that his eyeballs were about to crack like hot stones. A burning roar filled his ears.

“Buried in the smoke of many rifles, his anger was directed not so much against the men whom he knew were rushing toward him as against the swirling battle phantoms which were choking him, stuffing their smoke robes down his parched throat. He fought frantically for respite for his senses, for air, as a babe being smothered attacks the deadly blankets.

“There was a blare of heated rage mingled with a certain expression of intentness on all faces. Many of the men were making low-toned noises with their mouths, and these subdued… snarls, imprecations, prayers, made a wild, barbaric sound, strange and chantlike with the resounding chords of the war march.

“The men dropped here and there like bundles. The captain of the…company had been killed in an early part of the action. His body lay stretched out in the position of a tired man resting, but upon his face, there was an astonished and sorrowful look, as if he thought some friend had done him an ill turn. A babbling man was grazed by a shot that made the blood stream widely down his face. He clapped both hands to his head. “Oh!” he said, and ran. Another grunted suddenly as if he had been struck by a club in the stomach. He sat down and gazed ruefully. In his eyes, there was mute, indefinite reproach. Farther up the line, a man, standing behind a tree, had had his knee joint splintered by a ball. Immediately he had dropped his rifle and gripped the tree with both arms. And there he remained, clinging and crying for assistance that he might withdraw his hold upon the tree.

“At last, an exultant yell went along the quivering line. The firing dwindled from an uproar to a last vindictive popping.”

Crane’s words don’t even begin to address the horrors of modern warfare. One might even deem them seemingly mild in comparison. Yet, I think they do fundamentally express something of the dreadful experience of so many – many who gave that last full measure of devotion to secure our liberties and the hope of freedom around the world.

General James A. Garfield, who would later become one of our martyred Presidents, spoke at the first Memorial Day service at Arlington National Cemetery. On that day, May 30, 1868, Garfield said, “We do not know one promise these men made, one pledge they gave, one word they spoke; but we do know they summed up and perfected, by one supreme act, the highest virtues of men and citizens. For the love of country, they accepted death, and thus resolved all doubts, and made immortal their patriotism and virtue.”

On Memorial Day, we remember.

The post Memorial Day Cautions Americans Against Habit of Forgetting the Most Important Things appeared first on DailySurge.