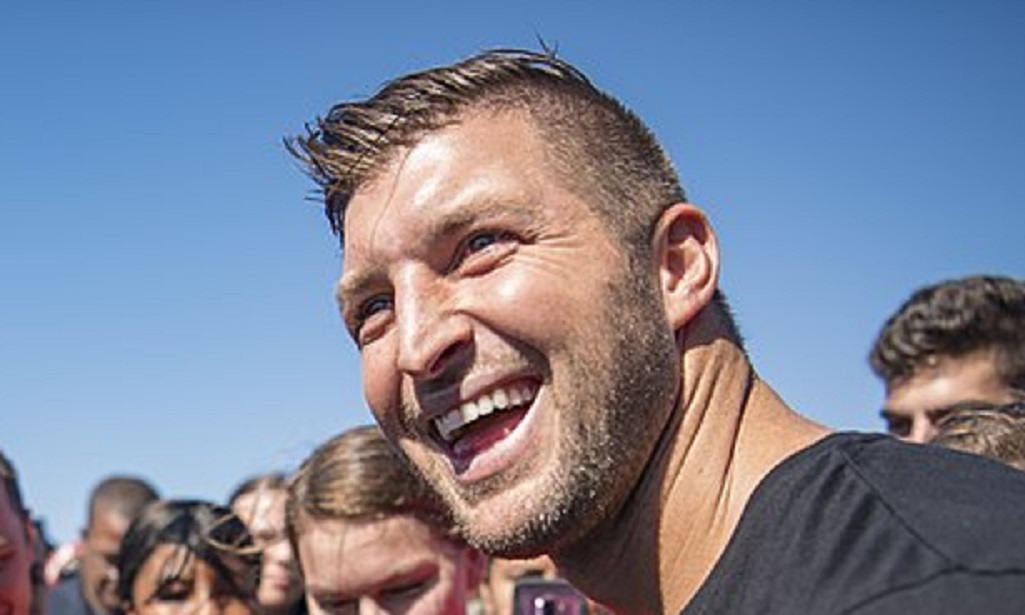 Surge Summary: Every issue shouldn’t boil down to race. Tim Tebow’s re-entry into the NFL doesn’t need to be analyzed through the prism of race. As long as the fixation on skin-color continues on any side, it will be tough for Americans to work together for a better society.

Wherever we turn, race is the issue. Any problem that we face, race must be at the root of it. At least, that’s the way it feels in America these years. Any outcome that we do not like, any narrative that we reject, any person with whom we have a problem – all of it must be traced back to race.

This is as dishonest as it is destructive, and if we really care about equality and justice, we had better reevaluate our strategy, and we had better do it quickly.

I’m reminded of a humorous story my dad told me when I was a boy, a story meant to highlight how, as Jews, we could perceive all rejection as an expression of antisemitism.

The story focused on a Jewish man who was interested in getting a job as a radio announcer, but he was a terrible stutterer. And my dad would tell the story in a painfully slow way, reflecting the serious speech obstacles faced by this Jewish man.

So, the man goes with another Jewish friend to the radio studio, eager to interview for the job. He then goes in to meet with the executive team while his friend waits for him outside.

After some time, the man comes out and his friend asks him, “So, how did it go?”

I trust you get the point. Jew hatred was not the issue. The man’s speech impediment was the issue. Radio announcing was not for him.

(Since we can’t be too careful these days, please understand that I am not intending to belittle those with speech impediments or to mock stutterers. I was simply relating a relevant story. Fair enough?)

In the same way today, if a qualified Asian person is chosen for a job over an unqualified person of color, it is a clear example of racism. Obviously!

Or if a mass shooter turns out to be white, this is another example of white supremacy, even if all his victims were white. (If any were people of color, then, without any possible dispute, this was a manifestation of white supremacy.)

And on and on it goes.

The latest example comes from the NFL, where Tim Tebow (who is white) has been given a one-year contract with the Jacksonville Jaguars as a tight-end, despite being out of the league for 9 years and despite playing quarterback, rather than tight end, in the past.

Yet black quarterback Colin Kaepernick, famous for being the first to take a knee in protest during the National Anthem, has never been rehired by the NFL. This, we have been told incessantly, is obviously race-based. It’s as clear as black and white.

As black sports commentator Stephen A. Smith opined with reference to Tebow, “When we see someone of a different ilk, of a different ethnicity, getting opportunities we know we would never get, that’s where the words white privilege come from. … There’s no way to eradicate white privilege without white individuals giving up some of their privilege.”

Really? Well, where was Tebow’s white privilege when no team would sign him for almost 10 years, despite his massive popularity with the fans?

It is true that he was one of the best college quarterbacks of all time and had occasional flashes of brilliance in the pros.

The problem was that, overall, he did not seem to be cut out to play quarterback in the NFL, an environment that is quite different from the college level. In fact, some other, notable college stars did not do well in the NFL, so Tebow was hardly the first.

Sarcasm aside, as a terrific athlete, Tebow reinvented himself as a tight end to the point that the Jaguars are willing to give him a shot. If he plays well, he’ll be on the team. If not, he’ll be off. It’s that simple.

As for Kaepernick, the big issue was not the controversy surrounding his apparent disrespect for the anthem. Rather, it was the fact that his own game degenerated, and he quickly went from hero to goat.

That was the issue, since the NFL, ultimately, is about winning and making money. Had he been playing at the top level of his game, he would have remained in the NFL. Color was not the issue.

Why am I so sure about this? It’s because almost two-thirds of all NFL players are black. (That number might even be higher if we focus only on full-time, starting positions.)

It’s because almost all of the leading running backs and receivers in NFL history have been black. (The same can be said about other, key positions on each team.) It’s because an increasing number of top quarterbacks are people of color, including Patrick Mahomes and Lamar Jackson. (Mahomes’ father is black and both of Jackson’s parents are black.) It’s because, along with the NBA, the NFL has the highest percentage of black players of any of the major professional leagues.

Getting back to Kaepernick, sportswriter Jack Dougherty analyzed his NFL stats, focusing on his last year of play. Dougherty concluded, “The closest QB to Kaepernick’s numbers in his final season was Brock Osweiler, who is now out of the NFL too. Kaepernick simply didn’t play well enough to warrant a starting job after 2017.”

Add to that the controversy that surrounded him and the self-centered way he approached reentry to the league, and it’s obvious why other teams wouldn’t touch him.

Let’s step back, then, and take a deep breath, recognizing that not everything is about race. (Really now, we don’t even know if the tragic killing of George Floyd, which certainly highlighted police brutality, had anything to do with race.)

For me, the big issue with the overplaying of the race card is that the strategy serves only to divide us more deeply, with constant battles being fought now over CRT or intersectionality or the 1619 project. This only deepens the divides and increases the mistrust and the acrimony.

Instead, with honestly and humility, as fellow Americans, we need to say, “Let’s work together for a better America for everyone, especially where inequities prevail.”

On this point, the vast majority of us would agree.