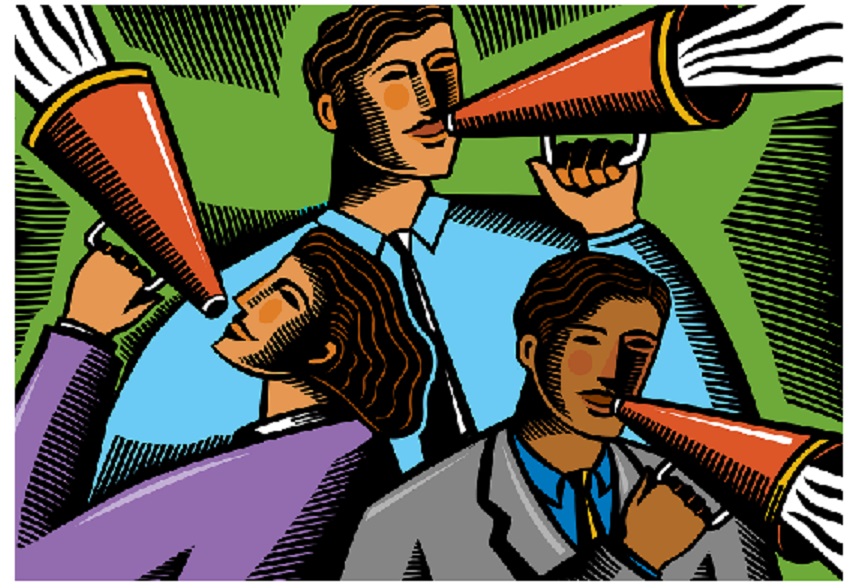 Surge Summary: The radical Left is putting sensitive, conservative people, those who love America, into a difficult position: They need to speak about some things they — or others — might consider uncomfortable. It has to be done.

I think we all know, way deep down, that it’s past time to say some very uncomfortable, disconcerting things out loud.  I know this won’t win me any popularity contest, (or even help sell my new CD, which I really need to do…) but here goes.  Get ready for more of a rant than an article.

The Left has pushed a little too far, and unfortunately, too many so-called conservative politicians are doing nothing.

We no longer have a functioning Federal Government.  We The People are now on our own.  Therefore, here is how we should regard, and even possibly deal with, certain situations.

If any contingents of these two groups show up in your community ready to destroy it, shoot them.  If some are killed, they brought that on themselves.  There is no more blatantly clear indication that We the People are on our own that our government’s inability to deal with this filth.  If the Left wants to burn, loot and murder, then the price they should pay for doing so should be the highest possible.  In other words, to protect you, your family and your property, kill them before they kill you.  (Think it’s off the rails to say this?   Read “A Time to Kill: The Myth of Christian Pacifism” by Greg Hopkins.)

The American public is waking up to the fact that one of the control methods the Left wants to initiate is the total disarmament of all citizens.

However, it’s also apparent that the American people are beginning to prepare for this.  Since the B. Hussein Obama years, millions of folks have become first time gun owners.  Gun sales also went up during the Wuhan Kungflu Overreaction and subsequent lockdowns.  Add to this concerns over anti-2A gun control legislative attempts, and you have the unintended consequences we face now…ammunition shortages.

It’s about impossible to find 9 mm, .38, .223, 5.65 ammo as well as some shotgun shells now.  According to munitions manufacturers insiders, there is a two and a half year wait almost across the board for most calibers of ammo.  This has caused the cost of copper to rise from last year’s price of $2.45 per pound to upwards of $4.50 per pound now.

It’s also estimated that 52 million Americans either hunt or are recreational shooters.  That number does not include American gun owners who don’t do either activity.  So, Leftists, have at it…  and good luck.

This is one of the more ignorant terms I’ve heard in a long time.  “Woke” is actually, by definition, the past and past part of wake.  “Wake”, by definition, has several meanings.  For common usage, it means “to be awake; the state of being awake”.  It can also mean “to stand watch over a corpse.”  Draw your own conclusion on that one.

“Woke” is yet another issue few want to address.  According to the Left, they alone claim to have the only true awareness of what the U.S.A. is all about.  Empirically, though, they have used the term as a means to find racism where it doesn’t exist; to denigrate all institutions they don’t already control; to subjugate and destroy capitalism; to destroy the family; to destroy all formal education; and to destroy the Christian faith.  This all amounts to what can be called “hyperbolic rhetoric”.  (That phrase comes from Bob Barr, Townhall.com 5/26/21) It also means that to be truly “woke”, you are no longer open to any discussion of opposing views.

Going back to my original premise, it’s time-no, past time-for this nonsense to be addressed. A lot of conservatives and unfortunately also a lot of Christians, do not want to confront the Left.  But we have to.

A great way to start is to treat them the way they treat us.  Make them play by their own rules.  We need to be the ones who are truly “woke”.  Start calling them out on cancel culture.  Start cancelling them if you have the opportunity to do so.  Start calling out the racism by making them prove every claim of racism.  In essence, start by publicly and privately talking about all these uncomfortable, politically incorrect and socially unacceptable issues.  Don’t back down.

We might be looking at our last chance to keep the country together by non-violent means.  If the country explodes into riots again, two things will happen: 1) There will be a new Civil War 2.0; and 2) the country splits along red and blue ideologies.

It might already be too late when you consider these quotes from the last few years from some of our elected “leaders”.

“There needs to be unrest in the streets.”  Rep. Ayanna Pressley, (D. Mass)

“Protestors should not let up.”  Kamala Harris (D. California; Current Vice President.  This statement was made before she was elected to her current office.)

“If you see anybody from that cabinet in a restaurant, in a department store…you get out and you create a crowd…and you push back on them.”  Rep. Maxine Waters (D. California)

“I just don’t know why there aren’t uprising all over the country. Maybe there will be.” Rep. Nancy Pelosi (D. California.  She is currently Speaker of the House.)

Hopefully, I’m wrong about it being too late.  But if the above quotes even scratch the surface of the Left’s regard for the rest of us, then comfortable complacency is no longer an option.

I know this is already a long article and space doesn’t permit time to go into everything that can be considered uncomfortable to discuss.   So, just to stir the pot a bit, here are some closing thought to ponder.

If Clinton had won in 2016, would COVID even have happened?

If guns cause crime, do hypodermic needles cause heroin use?

Real Evil does exist.  Why do so many people, including Christians, fail to see it?

What’s more important and lasting:  reason and intellect…? or …emotions and feelings?

Okay, so I did already make mention of my new project “Salt 2: Trophy Hunting for Unicorn”.  We started a YouTube page featuring videos of the musicians involved in the project, as well as showcasing some of the instruments used.  Check it out at John Degroff and Friends – YouTube.  Also, we have some great deals along with some unique Petra related items on https://jdfsalt.bigcartel.com./ ; Also please check out my www.facebook.com/DeGroffProjects page for frequent updates.   As always, thanks in advance for your support.

The post There Is Some Uncomfortable Stuff Conservatives Need to Talk About … Left Is Forcing the Issue appeared first on DailySurge.