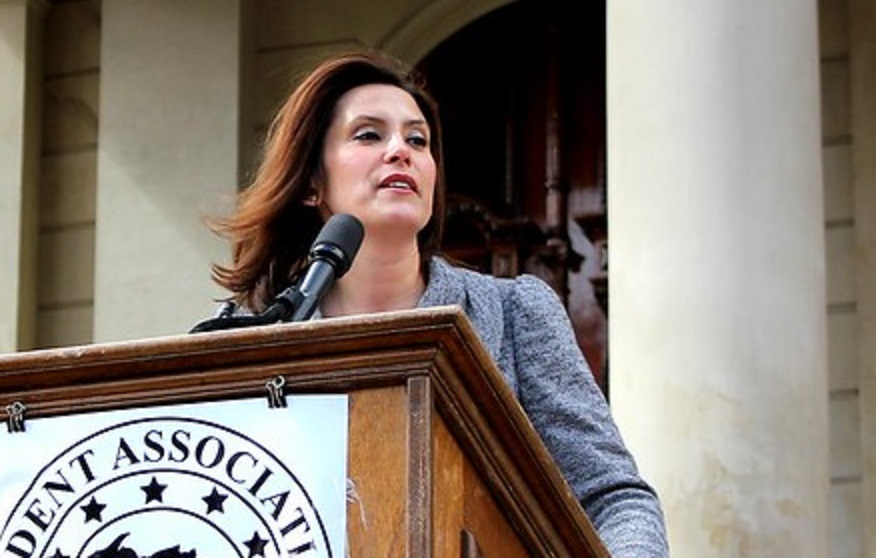 Surge Summary: So many of today’s pols and government officials are making COVID-19 edicts for which they have no authority. On top of that, many of them don’t even abide by the policies they decree. Consider Michigan Governor Gretchen Whitmer …

“She isn’t even abiding by those rules.”

Before sharing this new report, I would like to remind people that neither governors, mayors, the Department of Health, the CDC, the WHO, the federal government nor state governments have the authority to implement mandatory shut downs, face masks, or vaccines, in any sense of the word (Psalm 94:20).

Yet, if you do not fall in line, they will even begin to do what it is that totalitarians do.  They will begin to accuse you of that which they are guilty (Revelation 12:9).

As The Assaults On The American People Continue, Corrupt Politicians Play The Victims

Over this last [May 23] weekend, it was reported: “Gov. Whitmer apologizes after photo shows her violating own COVID-19 order at Lansing bar.”

Yes, you read that right.

LANSING, MI – Gov. Gretchen Whitmer apologized Sunday after a photo circulated of her at a Lansing bar violating Michigan health department orders by closely gathering unmasked with a dozen other people.

No more than six people can gather together at indoor restaurants, and groups of customers must be six feet apart, according to the latest Michigan Department of Health and Human Services pandemic order. The photo of Whitmer and the 12 other patrons was first reported on Sunday by the right-wing publication Breitbart.

Whitmer apologized later on May 23 after the photo circulated, saying her group “didn’t stop to think about” the implications.

“Throughout the pandemic, I’ve been committed to following public health protocols,” Whitmer said Sunday in a statement. “Yesterday, I went with friends to a local restaurant. As more people arrived, the tables were pushed together. Because we were all vaccinated, we didn’t stop to think about it.

“In retrospect, I should have thought about it. I am human. I made a mistake, and I apologize.”

The gathering took place at Landshark Bar & Grill in East Lansing, Breitbart reported, and the photo was posted on Facebook before it was deleted. The picture also shows Tricia Foster, Michigan’s chief operating officer, who received criticism for an April trip to Florida in violation of state travel restrictions at the time.

Jezebel Gretchen Whitmer is relying on the ignorant in her state (Hosea 4:6) and she does not have, and never had, the authority to implement any of these unconstitutional edicts.

In conclusion: For those of you who have been paying attention, every single one of these said representatives of the people, not just in America but globally, have been a concerted effort (Isaiah 28:18) in an attempt to wield more control over the lives of their constituents and are, in fact, personally responsible.  It is not enough for them to say that they are sorry for the businesses and lives that have been lost since their tyrannical declarations (Isaiah 26:9).

The post Getting to Be a Pattern: Another Pol Caught Violating COVID Policies She Decrees appeared first on DailySurge.