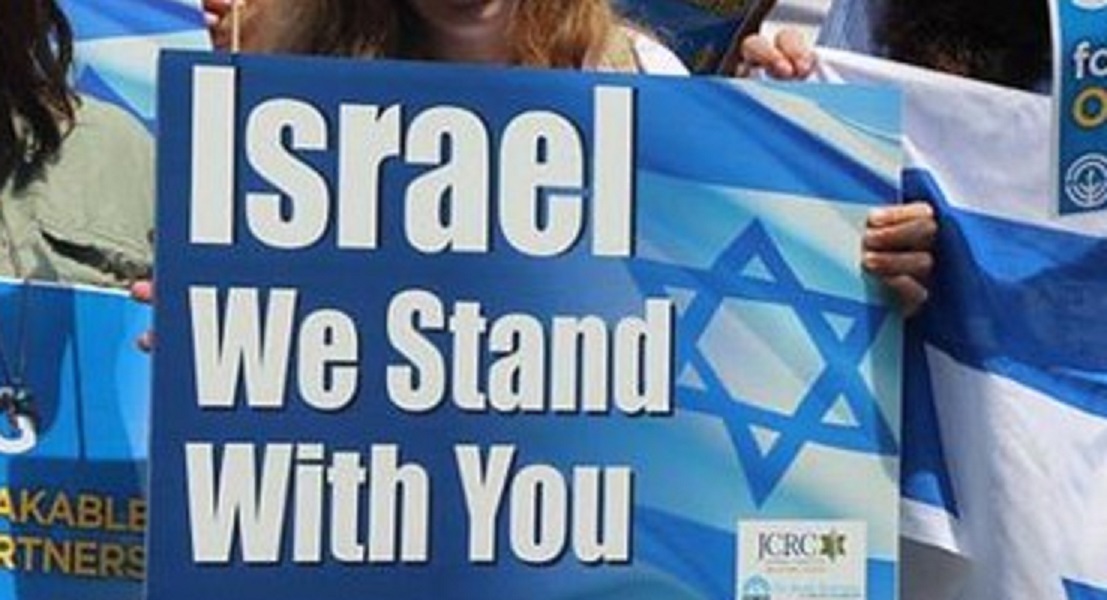 Surge Summary: In light of the recent hostilities between Israel and Hamas, a Washington Post columnist recommends  that Evangelical Christians reconsider their long-standing support for the former. That is exactly the wrong way to go.

In an op-ed for the Washington Post, Gregory Khalil has called for evangelical Christians to rethink their “reflexive” support of Israel. Not only is Khalil’s call misguided, it also presents a caricatured (and even distorted) picture of evangelical support for Israel, also misrepresenting the history of “Christian Zionism.”

As for Khalil’s call being misguided, why should the most recent terrorist attacks against Israel cause evangelicals to support Israel less? Why should a murderous assault on Israeli citizens, including children and women, lessen our sense of solidarity with the Jewish people and Jewish state? And, if this support is ultimately grounded in Scripture, why would current events change our views? (All this is underscored by the rising tide of antisemitism worldwide, pointing to the importance of Christian solidarity with Israel and the Jewish people.)

Khalil begins his article by noting that, “Last week, as rockets and missiles rained down on Palestinians and Israelis, people of all faiths around the world were horrified. But a pastor in Texas rejoiced.”

He was referring to Pastor John Hagee, one of the most prominent Christian Zionists in the world. For Hagee, the rocket attack was yet another sign that the return of Jesus was near.

But was Hagee actually rejoicing that his friends in Israel were being terrorized? Or that, in response to that terror, Palestinian children were killed (unintentionally) by the IDF?

Even based on Khalil’s quotation of Hagee’s own words, it’s clear that he was saying, “The end is near! Jesus is coming soon! More turmoil in the Middle East points to the culmination of the age!”

Yet Khalil was quite strategic in setting up the article as he did, presenting a very twisted view of evangelical Christian support for Israel while tying it in directly with dispensational (or, pre-trib rapture) theology.

As an attention-getting, caricaturing ploy, it was effective. As for presenting a truthful view, it was a failure.

According to Khalil, “Christian Zionism’s support for the nation-state of Israel is rooted in relatively modern evangelical readings of Scripture that see Israel’s ‘rebirth’ in 1948 as fulfilling the Old Testament prophecy, signaling the ticking of God’s clock ever closer toward the end of the world.”

In reality, some of the most celebrated Christian leaders of the 1800s, including men like Charles Spurgeon, Robert Murray M’Cheyne, Horatius Bonar, and J. C. Ryle (all of them British or Scottish) spoke with great confidence of the return of the Jewish people to their land, based on the Bible.

As Spurgeon said in 1864, “I think we do not attach sufficient importance to the restoration of the Jews. We do not think enough about it. But certainly, if there is anything promised in the Bible it is this. I imagine that you cannot read the Bible without seeing clearly that there is to be an actual restoration of the Children of Israel.”

In saying this, Spurgeon was following in the footsteps of Puritan leaders from the 1600s, including luminous and learned men like Samuel Rutherford and John Owen. And they, in turn, were echoing the views of early Church Fathers such as Justin Martyr (100–165), who “held that the tribes of Israel would be gathered and restored in accord with what the prophet Zechariah predicted” (see Michael J. Vlach, Has the Church Replaced Israel?; for a collection of relevant quotes, see here.)

To be sure, some Christians in the past foresaw Israel’s spiritual salvation in conjunction with the reestablishment of the ancient homeland. But others, like Bishop J. C. Ryle (1816-1900) taught that, based on his understanding of Scripture, the Jewish people would first return to the land, after which they would turn to Jesus the Messiah.

The bottom line is that Christian Zionists believe that the same God who scattered the Jewish people in judgment regathered them in mercy. (See the short, animated video, “Is God a Zionist?” for more on this scriptural logic.) They also believe that Satan – yes, the devil – wants to destroy the Jewish people and drive them out of the land.

Thus, they stand with Israel while standing against Hamas, an organization which stated at its founding, “Israel will exist and will continue to exist until Islam will obliterate it, just as it obliterated others before it.”

And this: “Palestine is an Islamic land… Since this is the case, the Liberation of Palestine is an individual duty for every Moslem wherever he may be.”

And this: “The day the enemies usurp part of Moslem land, Jihad becomes the individual duty of every Moslem. In the face of the Jews’ usurpation, it is compulsory that the banner of Jihad be raised.”

Shockingly, the only direct reference to Hamas in Khalil’s article is the tepid remark, “It doesn’t excuse the terror inflicted by Hamas’ deadly barrage of rockets. But those rockets shouldn’t distract us from this underlying, unjust reality.”

Yes, those rockets may be murderous and deadly, traumatizing the whole nation of Israel. But they must not distract us from what really matters, namely, that Israel is an evil apartheid state, one which Christians should not support. That is Khalil’s position.

But has he wondered what the situation of the Palestinians would be today if they did not have leadership like Hamas (or, the not much better Palestinian Authority)?

Senior Hamas and PA clerics have called for the extermination of Israel. Both organizations name children’s schools after famous terrorists and suicide bombers, and they use international donations to Palestinian leadership to fund the families of terrorists. How does Israel live in peace with this?

And what of the places within Israel where mutual cooperation between local Jews and Arabs (= Palestinians) has resulted in mutual thriving? Perhaps, if the Palestinian leadership truly recognized Israel’s right to its ancient homeland, there would be more thriving for all?

Of course, Khalil’s whole point was that Palestinians (including Palestinian Christians) are suffering at the hands of Israeli leadership. Therefore, Christians should reconsider their reflexive support for Israel and, instead, work for justice, harmony, and peace.

But all of that could have been done very easily, without the need to call for Christians to step back from their support of Israel.

In short, Khalil could have said, “I certainly understand your scriptural reasons for supporting Israel, and I understand that, historically, you are also responding to the tragic fruit of Christian antisemitism” (For the record, Khalil does reference that last point.)

“But, as followers of Jesus, I urge you not to be blind in your support of Israel and not to neglect the needs of the Palestinians.”

Had that been his approach, he would have received a hearty “Amen” from me – and I say that as someone who identifies both as a God-fearing Jew and an evangelical follower of Jesus.

As a true friend of Israel, I have no problem calling my people to account for their sins and shortcomings. And as a lover of Jesus, I am also a lover of justice and peace – and that means for the Palestinians too. (For my message at the anti-Zionist, Christ at the Checkpoint conference in 2018, see here.)

We support Israel because we recognize that God brought the Jewish people back to the land and that Satan wants to destroy them. And we advocate for the best interests of all the peoples living in that region, knowing that our God cares about them equally, be they Israeli Jews or Palestinian Muslims.

Mr. Khalil, can you join me in standing here?

The post No, This Is Not the Time for Evangelicals to Reconsider Standing with Israel appeared first on DailySurge.